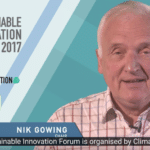 The UN Environmental Program (UNEP) has rejected the World Nuclear Association’s (WNA) offer to provide financial support to the 8th Annual Sustainable Innovation Forum (SIF). Described by its chairman as the “largest business-focused side event during the annual Conference Of Parties” the event is scheduled to take place alongside COP23 in Bonn, Germany. Originally accepted as a gold sponsor […] 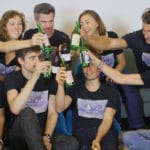 Supporters of South Korean nuclear energy are celebrating today. Earlier this morning, a citizen’s panel decided that President Moon Jae-in had made a mistake by halting the Shin Kori 5 & 6 construction projects. The 471-member panel, formed by President Moon to provide advice about his plan to phase out one of the world’s most successful […] 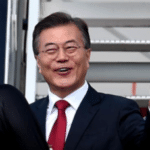 Nuclear energy in the Republic of Korea is being threatened as a result of the May 9 presidential election of Moon Jae-in. Since at least 2012, when he suffered a narrow election defeat, Moon has advocated a halt to nuclear plant construction, prohibiting license extensions and achieving a “nuclear zero” policy by 2060. With the […] 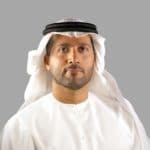 Emirates Nuclear Energy Corporation (ENEC) confirmed last week that it had completed construction for its first of four large nuclear units. It also announced that the initial operation of the plant will be delayed until sometime in 2018 to allow sufficient time to gain more operational experience and obtain national and international readiness reviews. After […]

Inside the U. S. nuclear energy industry, there is a high level of respect and admiration – along with a barely suppressed tinge of jealousy – for the way that the Republic of Korea (aka South Korea) has steadily developed its world class nuclear power plant manufacturing and construction industry. Starting from zero operating plants in […] 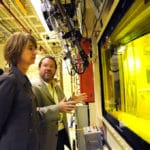 South Korea (ROK), Japan and the United States all have large nuclear energy programs that are facing a variety of challenges limiting their growth, namely opposition by the nonproliferation industry to wider deployment of enrichment and recycling technologies. There is interest and opportunity to collaborate in developing solutions in areas where challenges overlap. The Global […] 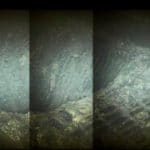 NEWS FLASH: Radiation levels measured inside the containment and shielding of a damaged nuclear reactor are HIGH. That is about as unexpected as finding out that the temperatures inside a coal-fired furnace are high enough to cause instant death to any unprotected living creature, including human beings. There is absolutely no reason for the public […]

Donald Trump has once again caused a huge stir with the issuance of a 140 character statement of purpose. Here is the tweet heard around the world: The United States must greatly strengthen and expand its nuclear capability until such time as the world comes to its senses regarding nukes — Donald J. Trump (@realDonaldTrump) […]

Rosatom, the Russian state-owned conglomerate that is building nuclear power plants in Russia and around the world, has confirmed that it is closely monitoring the public discussion that is taking place in South Africa over the newly released integrated energy plan. South Africa’s draft energy plan isn’t being presented to the public as a fait […]

A couple of days ago, one of the largest movable structures ever built was rolled into place to surround Chernobyl Unit 4, the infamous power plant in Ukraine. That plant was destroyed more than 30 years ago when it suffered a steam explosion and fire after the operators violated a number of operating procedures with […]

When the dust has had a chance to settle, effects of the UK voter decision to leave the EU on the UK nuclear energy and climate change mitigation programs will become evident. In the meantime, bloggers and other observers will continue to do what they do, which is to offer opinions in spite of enormous […]