A canary, alive and singing in the coal mine, gave miners confidence that the air was safe to breathe. But today our problem is not carbon monoxide in a mine but carbon dioxide in the atmosphere and oceans. The Industrial Revolution was built on fossil fuel, its high energy density and reliability. Now, faced with climate change, we should give it up! But what should we use instead? And where is the guidance, as unequivocal as that of the canary, that should give everybody confidence in its safety?

It is a curious reaction to suppose that our problems can be solved by going back to pre-industrial-revolution sources like wood, wind and water. These were weak and unreliable then, and remain so. To harvest enough energy today their plants have to be built on a huge scale and the environmental damage they do is plain for all to see. How can vast flooded rivers, hillsides and meadows plastered with solar panels and the destruction of virgin forest be described as “green”? But the unreliability of “renewables” is an even greater failure and one that will not be bridged by an advance in energy storage on the scale needed. Secondary energy sources such as hydrogen or batteries are not “pre-charged” and have to be filled from a primary energy source.

The only other available pre-filled source known to physical science is nuclear. Fission using uranium or thorium has an energy density a million times that of coal, so little fuel is needed and little waste generated. As a result power plants can be made compact and robust with a negligible impact on the environment.

The only snag has been that nuclear frightens people, delaying construction and deterring investors. But does the evidence justify their concern? In the light of the official radiation safety regulations many tens of thousands were expected to die from the Chernobyl accident. The surrounding area was expected to be uninhabitable for a very long time and was left deserted except for wild animals roaming at will in the radioactive environment. Like a canary left in a gas-filled mine many were expected to die. But over the years many reports have told that the area has become a wildlife park in all but name. Pictures taken by BBC, National Geographic and others show animals thriving unmolested by humans.

So what went wrong? Do the animals know something that we don’t? “But they know nothing!” Dr Watson might say, to which Sherlock Holmes might reply “Quite so. But may be something that we think we know is not in fact the case.”

That radioactivity and its radiation are relatively harmless was confirmed by the human casualty figures from radiation at Chernobyl. Instead of thousands the list comprises 28 early firefighters and 15 fatal cases of child thyroid cancer. The story was repeated at Fukushima. Of course the tsunami was very exciting – that kind of news sells – and I watched in fascinated horror like everybody else. But the nuclear accident was quite different. Although it was labeled a disaster in the highest category, nobody at all was affected by the radiation. Just as at Chernobyl the serious damage was social and economic. In particular, alarmed authorities in Japan, Germany, USA and around the world turned off nuclear power stations and burnt fossil fuels instead. This disaster continues at the expense of the environment.

The popular worry about nuclear technology is simply mistaken. It is about a thousand times safer than regulations suggest. Many benefit from the use of quite high doses of radiation in clinical medicine as pioneered by Marie Curie to diagnose and cure cancer. The draconian regulations were introduced to appease popular concerns about radiation, inflamed by the nuclear arms race at the time of the cold war. How that happened is another story. Today it is important that young people learn the truth about nuclear science and what it can do to benefit the economy and the environment.

The only realistic mitigation of climate change is the deployment of nuclear power on a grand scale. Running steadily it can provide waste heat and, at times of reduced demand, make hydrogen for chemicals, transport and domestic gas. We cannot do it? Of course we can! We should build modular power stations on a production-line basis, as US shipyards built Liberty ships in WWII. Many designs for such modular power stations are already in competition to come to market. Those investors who choose nuclear will be running the new industrial revolution. Better still, the curse of the renewables will be lifted from the fish in the rivers, the birds in the air and the grass in the meadows.

It has been a refreshing pause in my atomic information sharing activities. I haven’t been completely separated from the fray. I’ve been keeping up with my reading and logging some brief commentaries on Twitter. Even if you don’t have an account on that service, you can visit my feed and take a look at the stream of consciousness commentary.

During my hiatus, I came across a thoughtful paper titled Global Future of Nuclear Energy by David Gargaro, an author who wasn’t yet known to me. I made contact with David and quickly realized that he would be an interesting guest for the Atomic Show.

When I found out that he was a professional orchestra director prior to deciding to study nuclear energy policy and the potential for nuclear energy to be a game changer in the fight to arrest CO2 emissions, I decided I needed to introduce him to Generation Atomic’s Eric Meyer.

For those of you who don’t know Eric, he is a talented opera singer who has been using his attention getting voice to break barriers, calm cranky crowds, and entertain his fellow atomic advocates.

After several schedule challenges, the three of us finally got together on Tuesday, Jan 15. It has taken longer than usual for me to complete the process of putting together the show, but it’s finally ready to share. I hope you’ll be entertained and inspired.

Note: This episode of the Atomic Show was recorded with several modifications of the software infrastructure I use to record and process the shows. I hope you will notice some improvements, but I’d be happy to hear any criticisms or constructive comments.

I’m going to beg forgiveness and literary license for the following extended, potentially inappropriate, and perhaps too personal metaphor. For several weeks, I’ve been struggling with finding my “voice” in dealing with current events related to the U.S. electricity production system. As part of my healing process, I went on a several day long reading […]

Though I take some pride in my critical reading skills and resistance to getting snookered by scam stories, I fell for a doozy yesterday. Unfortunately, I ended up propagating what might have been a clever ruse designed to paint nuclear energy advocacy in a bad light. It’s a story worth telling after I apologize profusely […]

California, an enormously populous and wealthy state with an outsized impact on the culture, economy and politics of the United States, has a gubernatorial election this year. Jerry Brown, who has served a total of four terms and is the son of a former two-term California governor, isn’t running for reelection due to term limits. […] 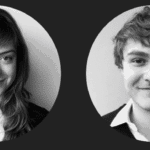 Leslie Dewan and Mark Massie, the co-founders of Transatomic, are striving to make a difference in the world. They want to bring power and light to those who do not have it and they want to show a way to turn “waste” into valuable fuel. In this Fast Company Freethink production, Dewan shares her inspirations […] 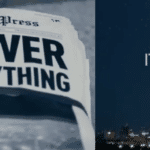 The Nuclear Energy Institute (NEI) announced in early September that was starting a new advertising campaign with reimagined creative materials. Using the general tagline of “Nuclear. Power the Extraordinary” the U.S. nuclear industry’s trade organization will be speaking “to the critical role that nuclear technology plays in our lives. With dramatic visuals, the new campaign captures the […] 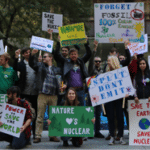 The nuclear industry’s strategy of working in individual U.S. states to obtain support for financially stressed plants has stalled. Despite successfully implemented efforts in New York and Illinois to provide assistance that is narrowly targeted at a handful of especially vulnerable units, no other state has been able to get a support measure out of […] 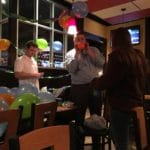 Generation Atomic hosted a launch party for its newly available nuclear advocacy app – Atomic Action – with an appropriate spread of apps [appetizers] at TGI Fridays on 5th Avenue in Pittsburg. Timed to coincide with the annual American Nuclear Society Student Conference, the launch party attracted an enthusiastic group of about 40 twenty-something activists […]

A real milestone in pro nuclear advocacy has been reached. For the first time in a long time, perhaps the first time ever, a group of citizens who strong support the continued operation of a nuclear power plant has become an intervenor {with the right to claim compensation for costs] in the legal proceedings that […] 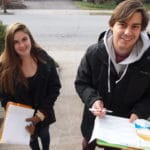 Though I try not to do this too often, today is a busy day. Therefore, without further ado or editing, here is a press release that Generation Atomic issued this morning. It announces actions and a product that I think you should hear about. FOR IMMEDIATE RELEASE Contact Person: Eric Meyer, Executive Director, Generation Atomic […]