Aaron Zahn, the interim managing director and CEO of the Jacksonville Electric Authority (JEA), believes it is time to give up on the Vogtle expansion project. On August 17, he sent a letter to James Fuller, the President and CEO of of MEAG (Municipal Electric Authority of Georgia) Power detailing his company’s desire to rid itself of its 2008 agreement to purchase 206 MWe for 20 years from Vogtle Units 3 & 4 at a price that will be based on capital recovery over a 40 year facility life plus operations and maintenance.

His company’s proposed action is to cancel the project, pay a cancellation fee, and pay off its share of the already expended plant costs over the initial 20 year period of its agreement.

According to a report provided by Navigant Consulting in September 2017 (starting on page 5), the company could accept paying off those obligations without receiving any electricity, buy market priced electricity and generating capacity and still save its customers between $345 to $727 million (present value in 2017 dollars). Though Georgia Power, the Georgia Public Utility Commission and the other partners in the project decided in December 2017 to continue construction, that decision was based on a cost to complete estimate that has recently grown by another $2.3 billion.

JEA does not have a direct vote in determining whether or not Vogtle 3 & 4 construction continues; its interests are represented by MEAG Power, which also represents a 49 municipal electric utilities located throughout the state of Georgia.

Before making such an impactful decision, it would be prudent for JEA directors to invest in an updated analysis that includes information that was not available in September 2017 and that more fully explores the risks associated with the “no-go” decision.

When Navigant Consulting produced its report in September 2017, there was still deep uncertainty regarding the project’s eligibility for an $18 per megawatt-hour production tax credit that was provided by the Energy Policy Act of 2005 and used as part of the financial modeling that supported the initial final investment decision to start the project. The uncertainty related to the expiration date of project eligibility.

During the period since September 2017, legislation has been enacted that eliminates the expiration date and removes the risk that the project will not receive the federal assistance promised. Everyone needs to remember that the assistance was provided as an incentive to attract leaders in what was expected to be a difficult process of restoring the US’s nuclear plant construction capability after a hiatus lasting more than three decades.

The cancellation costs assumed in the September 2017 report must also be revised to take into account the expenditures that have been made during the past year.

The final area where the Navigant analysis needs improvement is in the range of future natural gas prices considered. When the analysis was produced, there was a tightly limited range of modeled price trends, essentially all of which assumed that the abundance of gas stored in tight shale rock will keep gas prices low with annual increases that are only 1% above an assumed rate of general inflation. Here is how the report deals with the magnitude of the risks associated with variations in the future price of natural gas.

There are also risks around the replacement power forecast in the No Go scenario. While the No Go scenario eliminates the significant construction cost risk related to Vogtle, there is some uncertainty around the replacement power forecasts which are driven by gas prices over the 20-year period, environmental regulations, future technological advancement and potentially carbon prices.

Though many energy analysts believe that future gas prices will be relatively low and will increase slowly at a moderate pace, that belief isn’t justified by the volatile history of natural gas prices during the 30 years since they were deregulated. Large abundant reservoirs do not eliminate the risks associated with weather variations, changes in regulations, successful efforts to increase demand through both positive and negative marketing, or more concentrated dependence on a single fuel choice.

Navigant’s future gas price model is proprietary, but it has published at least one slide show that provides clues about underlying assumptions.

Interestingly, one of the assumptions used in its prediction that gas prices will remain low is that the amount of electricity generated by US nuclear plants each year will grow by 25 billion kilowatt hours between now and 2030. That assumption – derived from an EIA prediction – rests on completing both Vogtle and VC Summer while also maintaining existing plants through the end of their licensed operation. Think about that assumption in the context of using it as one of the inputs for a decision about whether or not to complete the only remaining nuclear construction project in the US.

It’s also a questionable assumption to believe that there will not be any price associated with carbon emissions during the 25 years between now and the end of JEA’s 20 year power purchase agreement for 206 MW of emission-free electricity from Vogtle Units 3 & 4.

There is certainly a risk that the cost to complete Vogtle is still underestimated, but the risk that natural gas prices will misbehave should be quantified. No one should forget that today’s gas prices are still less than half of the level they achieved during the period from 2006-2008. That statement does not even consider any inflation adjustment for the 10 years that have elapsed since that apparently dimming memory.

JEA tells its customers that their rates are kept in check by a diverse portfolio of fuels and the capability to switch between them. Unfortunately the current menu includes coal, residual oil, pet coke and natural gas. JEA’s ability to switch between those fuels is likely to be more and more constrained to the single, historically volatile choice of natural gas if they manage to back out of the Vogtle PPA.

The last two days in June 2018 saw the first power generation from two separate first of a kind nuclear plants in China. Taishan 1, a 1650 MWe European Pressurized Reactor (EPR) was connected to the grid at 5:59 pm local time on June 29, 2018. Less than 24 hours later, at 4:48 pm local time, Sanmen 1, a Westinghouse AP1000 rated at 1117 MWe was connected to the grid and began producing power for the first time.

Both of these milestones were substantially later than originally planned when their initial contracts were signed in November 2007 and September 2007 respectively. All members of the large teams that powered through challenges and contradicted naysayers deserve to feel a sense of accomplishment for a job done well, even if not done as quickly as all would have liked.

When construction began on Sanmen 1 in 2009, it was the world’s first AP1000 to reach that milestone. It is the first unit of a four reactor order for a consortium of Chinese utility companies; all three subsequent units are currently on track to begin commercial operation by the end of 2019. Sanmen 1 received its fuel loading permit on April 25 and began loading fuel on the same day. The second plant in the series, Haiyang 1 started loading fuel on June 21. If it follows the same schedule as the lead unit, it should achieve initial criticality in early August and connect to the grid by the end of August. The other two units are approximately 6 months behind the lead units.

When Taishan 1 construction started in 2009, it was the third EPR, following Okliluto and Flammanville. China General Nuclear Power International (CGN) was less timid than the owners of those two single unit projects; it decided to purchase and construct two units in a series on the same site. Fifty years worth of commercial nuclear plant experience indicates that two unit sites have better overall economics than single unit.

Both by incorporating early lessons from the first two EPR projects and being able to build on more recent nuclear plant construction and oversight experience, Taishan 1 overtook and passed the two EPRs that were started several years earlier to become the world’s first EPR to produce useful power.

When all six reactors are completed and operating, they will add more than 7.7 GWe in nuclear generating capacity to the Chinese grid. If they operate at a capacity factor of 80% they will generate a total of more than 54 billion kilowatt hours of emission-free electricity each year.

There’s still a lot of work to be done and operating experience to gain, but it’s nice to be able to note such important milestones. 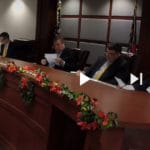 The Georgia Public Service Commission unanimously approved a plan to continue the Vogtle Expansion Project. Georgia Power, a wholly owned subsidiary of the Southern Company, immediately accepted the deal contained in the plan and will continue moving forward with due diligence and effort. The announced decisions made me even more confident that there is strong […] 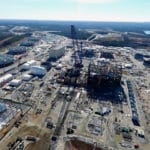 Several leaders in the South Carolina government are actively searching for ways to revive the V. C. Summer expansion project. The project includes construction of two Westinghouse AP1000 power plants capable of producing 1,140 MWe each. That is enough new nuclear capacity to enable the state to idle or close almost all of its coal-fired […]

Yesterday, about 5,000 people working on the VC Summer expansion project learned that the owners had issued stop work orders effective immediately. They started the day with important jobs paying good wages and ended the day joining the ranks of the unemployed. SCE&G and Santee Cooper, after several months worth of deliberations and negotiations, decided […] 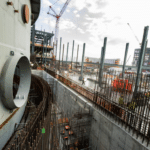 Late yesterday evening, Georgia Power announced that it and Westinghouse had come to an agreement – “in principle” – that would result in a transition of the Vogtle 3 & 4 project management from Westinghouse to Southern Nuclear and Georgia Power. The service agreement would not go into effect until after the current engineering, procurement […] 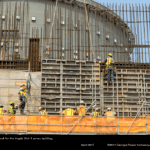 Late Friday evening, Georgia Power issued a terse press release. Thousands of people who have been tensely anticipating a crucial decision regarding the fate of the Plant Vogtle expansion project cannot stop worrying yet. We will now mark our calendars for May 12 as the next deadline for announcing a decision about whether the massive project will be continued […] 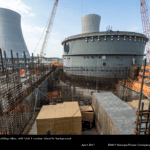 Last night, GA Power issued a terse press release stating that it will continue working on the detailed project assessment needed before it can decide whether or not to continue trying to complete Vogtle units 3 and 4. The new date is Friday, May 12. More details are available at GA Power And Westinghouse Extend […] 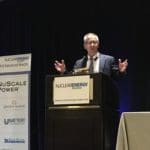 Attendees at the 7th Annual International SMR and Advanced Reactor Summit in Atlanta, GA were intensely curious about the effect of Westinghouse’s decision to enter into a Chapter 11 bankruptcy reorganization effort. They are also working hard to learn whatever lessons might be available to help them avoid similar situations. What About That Westinghouse News? […] 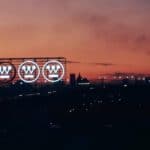 There are numerous reasons why Toshiba, formerly an enormous and successful Japanese electronics manufacturer, is struggling to survive. One of the lessons available to be learned – once again – is caveat emptor (buyer beware). After a series of purchases and deals that gradually took Toshiba a long way from its core competencies, the company […]

Toshiba’s chairman, Shigenori Shiga, has accepted the responsibility for his company’s financial challenges and operating losses and resigned his position as chairman and as a board member. He remains an executive with the company. After some early confusion related to a discussion about its financial statements with its auditors, Toshiba has announced that it will […]

On October 28, 2015, Westinghouse issued a press release titled AP1000® RCP REACHES FULL QUALIFICATION confirming a rumor I heard during my visit to Knoxville last week. The release contained wonderful, sigh of relief, news indicating that the hard-working, under-the-gun engineers and technicians at Curtiss-Wright’s EMD division had achieved their task of building and successfully […]