A friend shared a link to a blog post titled An Author’s Incredible Environmental Journey After a Coal Company Destroyed His Family’s Ancestral Home and Land. That post led me to find out about a book titled Reckoning at Eagle Creek: The Secret Legacy of Coal in the Heartland and also led me to find out about a multimedia play that will begin touring the United States this spring titled Coal Free Future Project. I thought that you might enjoy the trailer associated with that project.

Unlike some individuals and numerous large corporations who are in the nuclear business and interested in reliable electrical power production, I have never been a big fan of burning coal. This attitude has often gotten me into some heated discussions at Nuclear Energy Institute gatherings, largely because the companies that pay dues to that organization generally have an equal or greater investment in the process of extracting, transporting and consuming coal. They rarely appreciate it when I suggest that one of the most important positive characteristics of nuclear fission is that it is WAY better than coal combustion. They disagree strongly when I suggest that we should be using that comparison in our communications when we try to explain why we like fission. It is not in their short term financial interest to make that kind of comparison.

Coal is an inherently dirty fuel that is naturally contaminated with many dangerous and polluting chemicals. It has a relatively low energy density, even when compared to its fossil fuel competitors. That low energy density means that producing large amounts of power requires moving vast quantities of often difficult to reach material. Until the advent of massive equipment and explosives, the effort to extract coal resulted in some of the worst working environments the world has ever known.

In Scotland, Wales, West Virginia, and China coal history is replete with tales of either real or virtual slavery and worker rebellions that resulted in pitched battles with many casualties.

It pains me to know that the world burns more than 6 billion tons of coal every year and that the United States leads with an annual consumption of about 1.2 billion tons. The process of burning that much coal releases about 20 billion tons of CO2 into the atmosphere every year, slowly adding to the thickness of greenhouse gases that help to establish our global climate. In a way, that process is analogous to adding just a bit of heat to a pot of water with humanity and the rest of the world’s living creatures playing the role of the frogs that do not notice much of a change.

Of course, I might feel slightly different about the continued use of coal if I did not know that there was a readily available, far better option. I LIKE having access to reliable electricity; it makes life so much richer, cleaner and healthy for human beings. The wire into my house carries electrons that can do the work of roughly 20 human beings working 8 hours per day; because of that wire, I can live the kind of comfortable, upper middle class life that required servants and draft animals in the days before electricity was discovered and reliable distribution systems were invented. For historical reasons, coal is a major source of the heat used to create the electrical power that flows through those lines; here in the US, it supplies between 45 and 50% of the virtual servants that all of us depend upon as part of our technologically developed society.

Until people like Amory Lovins and Jimmy Carter got involved, the United States was well on its way to the complete elimination of the need to burn coal to produce electricity. If we had simply continued the nuclear power plant construction trajectory begun and sustained in the period between 1957 and 1973, coal consumption in this country would have halted by about 2000. Instead, we took a hiatus and allowed the coal industry and coal mine union lobbyists to decimate the Atomic Energy Commission and to halt new nuclear power plant construction under the notion that the building process was contributing to what they described as an expensive overcapacity in power generation sources. 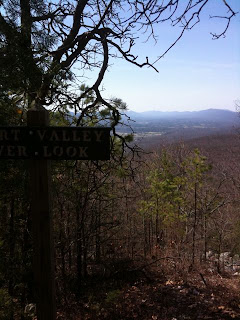 Aside: Of course, overcapacity is generally a good thing for consumers and it is one way that all industries manage the process of weeding out older and obsolete technologies – if there is not any overcapacity, there is no reason to shut down fully amortized “cash cows”, especially if they are protected by grandfather clauses from current environmental and safety regulations. End Aside.

My answer to the title question of this post is no. Instead of proudly continuing to burn more than a billion tons of coal each year, the US should show the world the way to cleaner electricity production by building new nuclear power plants and shutting down coal-fired boilers. We should preserve our mountains, forests and streams and valuable hydrocarbon resources for future generations. We should make better use of the massive quantities of thorium and uranium that are a natural endowment of our large and diverse country.

PS: Sure, I realize that uranium and thorium require mining, but I also know that they are so energy dense that the mining requirements are hundreds of times smaller and the fuel transportation requirements from the mine are almost non-existent in comparison to coal.