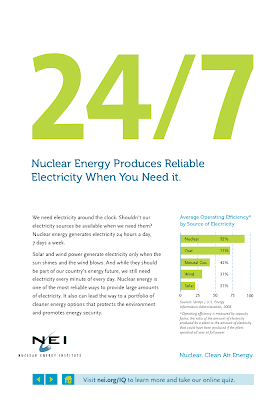 Some advertisers have been known to issue cease and desist letters to bloggers who republish their ads for free. Something tells me that NEI will not mind too much if I share one of the print ads that they are going to be running during the next few months. I’ll remember to seek forgiveness later if my guess was wrong.

(Hint: if you want to see the full size version, just click on the image.)

Based on some of the comments received, I detected some interest in the following information.

There are more print, radio and video ads available on the NEI Videos & Advertising web page. You might also be interested in reading NEI’s February 2, 2010 announcement of a seven-month long advertising campaign.