A little more than three years ago, I wrote an article expressing my belief that the four AP100s that Westinghouse sold to China in a landmark deal signed in December 2006 would be the only four reactors of that model that Westinghouse ever sold in China. In fact, I wondered at the time if Westinghouse would end up competing against its Chinese pupils in the international market. The post was titled China may export the technology learned by building modern reactors.

The first stage of the prediction has been achieved. Yesterday, China announced a framework agreement for the construction of two units of Westinghouse designed AP1000s. Though the Shaw Group, a partial Westinghouse owner, will be participating in the deal, there is apparently no specified role for the plant designer. Here is a quote from a World Nuclear News article titled Contracts for the next Chinese AP1000s:

A framework has been established for two AP1000 units at Xianning as well as a factory for their pre-assembled modules. Shaw will continue its role in support, but Westinghouse has no major involvement.

A round of contracts signed yesterday marked a triple-first for Chinese nuclear. The first inland AP1000 project at Xianning, Hubei province; the first AP1000 project for utility China Guangdong Nuclear Power Corporation (CGNPC) and the country’s move to the next phase of its self-sufficiency plan.

Four AP1000s were imported from a Westinghouse-Shaw consortium in December 2006 and these are all now mid-construction. That first phase saw Westinghouse and Shaw lead construction and gradually pass know-how to State Nuclear Power Technology Corporation (SNPTC).

Once again, a major US corporation has made a sale, taken technology developed with the assistance of a significant quantity of taxpayer dollars and paid American employees to live overseas to teach their replacements how to perform their skilled jobs. I wonder how long it will take before the Chinese begin offering CAP1000s in a major, UAE-like opportunity for nuclear power plant sales?

I have an important request for Atomic Insights readers. Our old friend, Arnie Gundersen, has once again violated the admonition that it is better to remain silent and thought to be a fool than to open your mouth and remove all doubt. In this recent video, he describes how he was commissioned by a group…

I have some trouble explaining my reluctance to do business with China. Perhaps it is just stubbornness or my inability to move on from my long established Cold War mentality, but I simply do not trust the dictatorial Communist Party government that still runs the place. Sure, they may be more interested in making money…

Toshiba’s chairman, Shigenori Shiga, has accepted the responsibility for his company’s financial challenges and operating losses and resigned his position as chairman and as a board member. He remains an executive with the company. After some early confusion related to a discussion about its financial statements with its auditors, Toshiba has announced that it will… 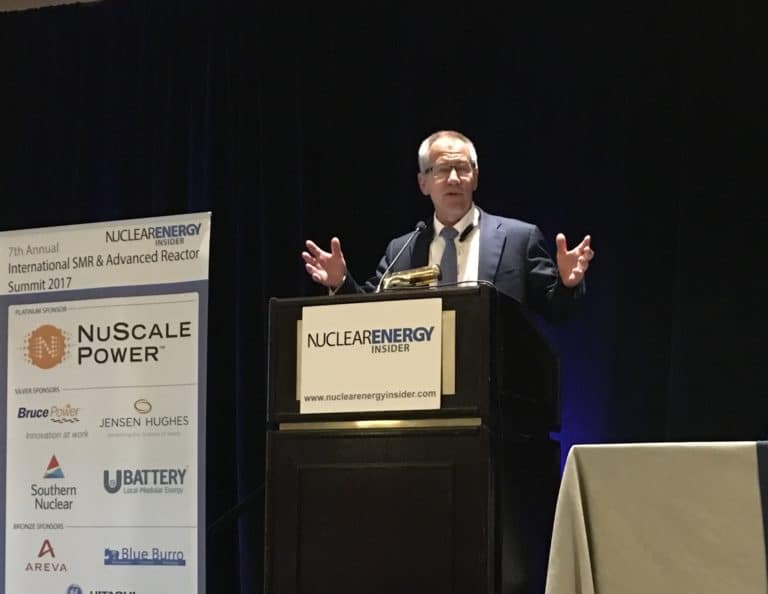 Attendees at the 7th Annual International SMR and Advanced Reactor Summit in Atlanta, GA were intensely curious about the effect of Westinghouse’s decision to enter into a Chapter 11 bankruptcy reorganization effort. They are also working hard to learn whatever lessons might be available to help them avoid similar situations. What About That Westinghouse News?…