During the joint DOE-NRC workshop on advanced non-light water reactors held last week (Sep 1-2, 2015), John Adams of the Nuclear Regulatory Commission (NRC) Office of Nuclear Reactor Regulation gave a presentation on reactor license classification terminology. It made me squirm in my chair with the desire to interrupt. Probably because he has read and […]

Moltex Energy has developed a unique conceptual design for a molten salt reactor called the Stable Salt Reactor. In this design, the fuel salt is loaded into tubes that resemble the standard cladding tubes into which solid pellets are loaded in a conventional water cooled reactor. The tubes are arranged into assemblies that resemble the […]

This is a story that I really don’t want to tell, but bad news is like old fish. It doesn’t smell any better as it ages. All eight AP1000 construction projects are at risk “for want of a nail.” In this case the nail is a reactor coolant pump, the largest one in the world, […]

On July 27, 2015, the Wall St. Journal published an article written by Rebecca Smith titled Prefab Nuclear Plants Prove Just as Expensive. That piece has been widely shared and discussed on social media with more than 2700 shares on Facebook and more than 150 shares on Twitter as counted from the original article. I […] 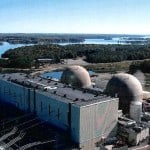 There is a growing perception that the Nuclear Renaissance in the U.S. is dead, killed off forever by low natural gas prices. Some members of the American Nuclear Society (ANS) are not so sure. At the June 7 President’s Reception for the 2015 ANS annual meeting, there were several intriguing discussions about new projects that […]

Two stories caught my attention this morning. One came from the Taipei Times, one from the Beijing Review. The first one focused on a future energy supply prognostication from an American “expert” who has a light educational and professional background in energy technology, manufacturing, engineering, economics and market dynamics. The second one documents recent progress […]

StarCore Nuclear is a Canadian company whose co-founders, David Dabney and David Poole, are experienced engineers and businessmen. They have spent most of the past six years developing a technology and a business model aimed at providing reliable, emission-free electrical power and heat to remote locations. The basis of their technology is a high-temperature helium […]

I’ve been spending some time watching, rewatching and clipping interesting excerpts from the Senate Appropriations Energy and Water subcommittee hearings on the FY2016 Department of Energy budget. It’s not everyone’s idea of entertainment, but it’s fascinating to me to watch publicly accessible discussions about how our government makes decisions, sets priorities and spends the money […]