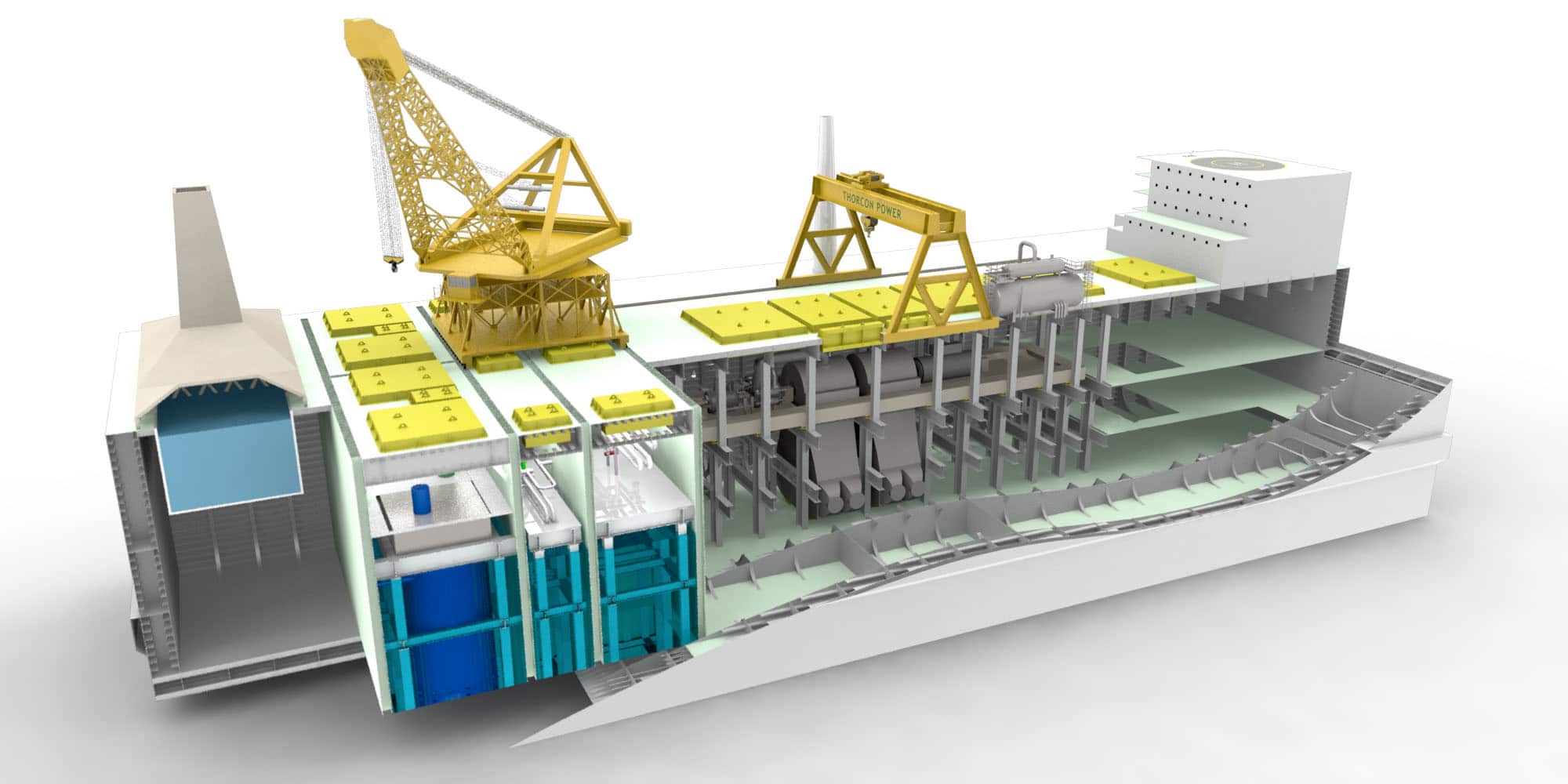 Engineering, procurement, and construction (EPC) contractors have led recent nuclear plant projects into disasters. Deca-billion dollar cost overruns. Schedules doubling. Some projects being cancelled after squandering billions of dollars. Giant corporations facing bankruptcy. This raises the obvious question: if Westinghouse can’t build a standard nuclear power plant, how in the world will a start up like ThorCon International deliver a nuclear power plant unlike any that has been built before?Part of the answer is the technology. ThorCon’s power conversion side, the turbine hall and switchgear, are nearly off-the-shelf coal plant equipment. A low pressure fission reactor can be built with conventional metal bending technology. Most importantly, ThorCons will be entirely manufactured in assembly line fashion by a large shipyard, using already developed skills.Engineering All the big Korean and Japanese yards have basic design and detailed design functions. Basic design takes a potential project far enough to do accurate costing so the yard can bid the job and be confident that it has a good handle on the resources required. At this point, the ship is delineated by about 50 drawings.After they sign a contract, detailed design takes over. Detailed design not only does the working drawings, but just as important the production scheduling down to per shift detail. This includes scheduling each sub-block and block lift by crane. The weight and center of gravity of each lift is calculated and the lifting lugs are part of the design. Even any scaffolding which will be required in final erection is part of each block design, and installed at the block level. Detailed design and production scheduling cannot be separated.The yards also have a well tuned monitoring and adjustment process to allow them to quickly respond to hiccups in the production process.Procurement The shipyards divide purchased material into BFE (Builder Furnished Equipment) and OFE (Owner Furnished Equipment). For a standard ship, there is little or no OFE. Often it is little more than the ship’s stationary and the Owner’s flag. The yard takes responsibility for bidding and buying just about everything from an approved Makers List, which is part of the contract. The yard purchasers are Walmart-like in their ability to play vendors off against each other. The yards are big on-going customers whom no vendor can afford to alienate. And once the contract is signed, every dollar saved goes into the yard’s pocket.In the case of specialized projects such as a drill ship, the owner may purchase and provide significant portions of the equipment. In the case of the first drill ships, the drilling rig itself was owner furnished. Initially, in ThorCon’s case, OFE may include the Can containing the reactor vessel, moderating graphite, circulating pump, and primary heat exchanger, along with portions of the offgas system. After the yard obtains experience and familiarity with these components, they will become BFE as the drill rigs have.Construction Construction is the easy part. All the yards have a network of sub-contractors that they use for specialized jobs, and occasionally to level off market ups and downs. But the great bulk of the work is done by the yard itself by a permanent work force, most of whom began their career at the yard and expect to finish it there. They have already received extensive training at yard expense and in most cases worked with the same team for years. No undisciplined boomers need apply. No untrained and undependable locals either.The Korean yard unions are interesting. They are tough, smart and very disciplined. They know exactly how much money the yard is making and every five years they make sure that they obtain a sizable portion of any gains in productivity. If they don’t, they are perfectly prepared to strike. If they do, the yard is completely shutdown. You do not want to be a scab trying to cross a Korean union picket line. But once the 5 year contract is signed, they live up to it. If a Korean yard worker is not carrying his load, he will hear from both his boss and his union steward. The union wants the yard to make money because they know that will strengthen their hand at the next contract negotiations. The overall effect is that the yards’ labor productivity is more than an order of magnitude higher than on-site construction.Summary ThorConIsle will rely on the yard for detailed design outside the Can, production scheduling, and much of the equipment purchasing functions. The shipyard will be ThorCon’s EPC contractor.

Jack Devanney is the Chairman of ThorCon International. Jack was a professor of ocean engineering at MIT, who turned to designing the world’s largest (at the time) supertankers, then to this liquid fission power plant planned for Indonesia, using the same block technology. ThorConIsleTM will be constructed by a shipyard on a hull, towed to a shallow water site, then settled to the seabed and powered up.

A letter to the editor of the Asheville Citizen-Times published on January 6, 2012 got me riled up. The letter is intended to encourage people who live in Asheville to organize to resist the William States Lee nuclear power plant development project proposed for a site in Gaffney, SC., which is about 60 miles from…

By Paul Lorenzini Mr. Benjamin Sovacool claims my earlier article misrepresents his works and contains factual errors. Let me respond. He states: First, and most important: Paul has misstated the actual conclusion from my original study. It never advances the conclusion, as he claims, that “nuclear power causes more bird kills than wind.” Au contraire….

If a U.S.-based researcher or reactor designer needs to irradiate fuel or material with fast neutrons for testing, their current options are extremely limited. No domestic test facility can provide enough fast neutrons to do anything more than slowly irradiate a small quantity of tiny samples. Anything more requires the full cooperation of either Russia…

My discussion with Robert Bradley at Master Resource regarding the relative value of investments in natural gas generation versus nuclear generation continues to result in some interesting exchanges worth additional visibility and comment. Here are some of the recent posts: Robert Bradley { 12.03.11 at 9:47 pm } Rod: $4/MMBtu natural gas–how can nuclear compete…