The witnesses testifying at Tuesday’s hearing on Energy Innovation in front of the House Committee on Science, Space & Technology provided forceful and specific examples of the important role that the Department of Energy has played in supporting commercially valuable research and development.

They shared their thoughts about ways to improve outcomes, streamline processes, and overcome barriers that prevent potentially valuable discoveries from making their way into commercial products.

One witness, Dr. Venky Narayanamurti – who, for obvious reasons, asked the Congressmen to call him Dr. Venky – is a research professor of technology and public policy at Harvard. He is effusively enthusiastic about a wide range of technologies. His primary message is that attempting to divide research into categories with sharp boundaries is counterproductive.

“The transformative impact of R&D at Bell Labs provides an important lesson for DOE research management: the creation of new technology requires the close integration of activities typically classified as “basic research” and “applied research.” The boundary between “basic” and “applied” research is arbitrary and counterproductive. The processes of discovery and invention do not happen in isolation—the two must be holistically managed to maximize the societal benefit of research investments.”

He complimented the Department of Energy on recent efforts to develop a variety of Energy Innovation Hubs, which are partnerships among national labs, universities and private companies seeking to develop advances in a specific, but broad technological area. He also expressed strong support for ARPA-E and noted how is is modeled after the highly regarded Defense Advanced Research Project Agency (DARPA).

Dr. Jacob DeWitte, co-founder and CEO of Oklo, a fast neutron reactor developer headquartered in Sunnyvale, CA, provided a wide range of useful commentary based on his company’s unique experiences as a privately funded venture building a technology based on several decades worth of federally funded research and development.

He emphasized that his company is focused on building products that customers want to buy because they solve specific problems in a cost effective way.

He described how a few hundred thousand dollars worth of cost-shared activity under the DOE’s recently developed GAIN (Gateway for Accelerated Innovation in Nuclear) had provided results of immense value. The GAIN awards enable his company to work with experienced national lab employees and provide access to libraries of formerly difficult-to-access results.

DeWitte informed committee members that the challenge of working through the NRC licensing process for advanced reactors has been “overstated.”

He acknowledged there is work remaining to be done to “right-size” the reviews and requirements for nuclear systems that have far smaller source terms, operate at atmospheric pressure, and are protected from damage by the action of physics rather than engineered safety systems.

In response to a question about the obstacles faced by U.S. nuclear suppliers in exporting their products and services, Dr. DeWitte passionately described the changes to the export control regime over the past decade that have increased the already numerous barriers that keep U.S. suppliers from competing in international markets.

He asked the Congressmen to take a hard look at the review process with the understanding that American nuclear technology is some of the best and safest in the world.

He stated that overly restrictive rules make us all less safe by impeding American participation in nuclear energy development. He agreed to provide the committee with written recommendations for improvements.

DeWitte also reiterated the importance of actions by Congress and the DOE to provide a supply of High Assay, Low Enriched Uranium (HALEU) to enable development of the advanced reactors that his company and numerous others are developing.

Several Congressmen at the hearing were encouraged to learn that advanced reactors – like the ones that Oklo and others are developing – could transform material that is now considered to be a troublesome waste product into valuable fuel material.

This attractive notion of turning “trash into treasure” was reinforced by the statements from Dr. Gaurav Sant, the civil engineering professor working on ways to use flue gases as a chemical raw material for a Portland Cement replacement material.

All of the witnesses and nearly all of the committee members fully supported the importance of nuclear energy innovation.

Even Kiran Kumaraswamy, the grid storage battery supplier, described how adding batteries to the grid helps improve the efficiency and economy of power plants that operate best at steady power levels.

By letting the batteries serve as buffers that reduce the currently tight alignment of supply to demand, continuous generators can store power at slack times to be available to meet peaks. Unlike peaking power plants, which can only provide services to the grid while they are operating, batteries are constantly available to supply ancillary services.

The members are interested in learning more about systemic changes that can provide better results with less overhead, greater local autonomy, and better integration between the public and private sectors with each seeking to focus on its inherent strengths. 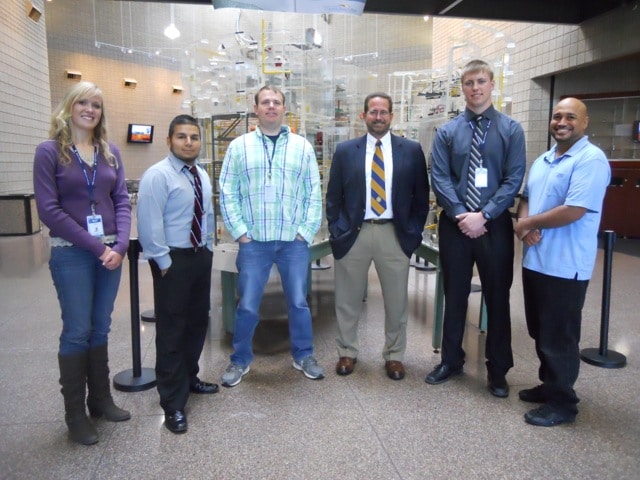 After an informative tour of the NuScale facilities in Corvallis, OR on October 20, I continued my quick visit to the Pacific Northwest. I had originally arranged my travel plans to fly into Portland, OR instead Richland, WA — which was my ultimate destination — for a variety of reasons. It enabled the visit to…

The Vermont Yankee nuclear power plant in Vernon, Vermont is a relatively young steam plant that uses a low-cost, essentially emission-free fuel. It is strategically located in an area with few fossil fuel resources, extreme weather, and frequent spikes in electricity prices. It has a well-trained, experienced operating staff that has an excellent performance record….

On December 1, 2014, I talked with Leslie Dewan and Mark Massie, the co-founders of Transatomic Power, a tiny nuclear reactor design company started up less than 3 years ago. Several weeks ago, I published an article here titled Transatomic Power – Anatomy of Next. That article, as expected, generated a healthy discussion thread. At…

Argentina recently held a ribbon cutting ceremony for the Atucha II Nuclear Power Plant, on the occasion of completing its construction – thirty years after breaking ground in June 1981. The project is a source of immense pride in a country that was once a leader in nuclear energy development in Latin America. According to…

I stayed up past my normal bedtime to watch the President and his one Establishment challenger engage in a carefully staged and poorly moderated “debate” last night. The supposed topic was domestic policy. One of the largest components of our domestic economy is the energy industry and one of the most significant contributors to our…