The University of Illinois at Urbana-Champaign has a stretch goal of completing its next research and test reactor by the end of 2025. It has assembled a team that includes several other major universities, national labs, and industrial partners.

It has selected the MMRTM, a product that is being developed by USNC (Ultra Safe Nuclear Corporation), for its ability to meet most of a long list of important attributes that will support a wide range of university research and development goals.

For this Atomic Show, I spoke with Dr. Katy Huff, Dr. Caleb Brooks – both of whom are on the UIUC engineering faculty – and Mark Mitchell, the USNC executive leading the MMR development program.

They explained the history of their visionary project and provided the basis for their firm belief that they can license and build a new research and test reactor within the next five years.

Why does UIUC need a new reactor?

The University of Illinois at Urbana-Champaign (UIUC) has a long tradition of leadership and innovation in nuclear science, technology and engineering. For 38 years (1960-1998) it proudly operated the Triga-Mark II research reactor to support student development and to contribute to the advancement of nuclear science and technology.

But that valuable asset was, like so many US research reactors, decommissioned during the Dark Ages of US nuclear power development in the 1990s.

By the end of that decade, student enrollment in nuclear engineering and science majors had dropped to near the fiducial level, there were few, if any prospects for new nuclear power projects, and federal support for nuclear research had been completely eliminated in during several budget cycles.

Universities didn’t see any reason to keep supporting research reactors, so they shut them down.

But concerns about fossil fuel sustainability and climate change have helped to renew global interest in nuclear energy development and deployment. Students are again selecting nuclear focused majors and are developing new ideas about ways to use nuclear technologies to improve the human condition.

Even though student interest in nuclear has been growing in the US for at least 15 years, university research reactor shutdowns have continued and no new ones have been built.

Leaders in nuclear at UIUC decided several years ago that they need to take aggressive action to address the growing challenge of increasing student population and fewer physical reactors for them to use in their education, research and professional development programs.

Why the MMR? Why now?

University research reactors have always been modest in their thermal power capability, and they have generally been designed with passive safety features that make them appropriate for student learning and management.

Even though the 15 MWth MMR is designed to provide useful power and electricity, it is also designed to be extremely safe without operator action. With its molten salt heat storage separating the nuclear reactor heat source from the adjacent plant heat conversion system, it is also designed for flexibly shifting its production from electricity to heat or to other useful products.

That flexibility is attractive to a large university that has a variety of student research endeavors along with a large physical plant that includes on-campus power and heat generation. Like many US universities, UIUC has a district heating system that supplies more than 200 buildings with steam heat. The total load during winter months is more than 50 MWth.

In addition, the university power plant supplies 50-75 MWe from a growing assortment of renewable energy systems as well as the coal and natural gas that provide the majority of the power.

UIUC students have expressed a great deal of interest in moving their university away from fossil fuels and have targeted their campus steam and power supply as something that needs an emission-free replacement.

Since Illinois is home to more nuclear power plants than any other state in the US, many of the students and town residents already have a favorable view about nuclear energy as a tool for addressing CO2 emissions.

In the FY2020 budget, Congress and the Administration included funds for the Department of Energy to create an Advanced Reactor Demonstration Program that included pathways amenable to university research, demonstration and test reactors.

That funding potential stimulated the already developing team to move forward faster. They put together what they hope will be a winning proposal for one of the Risk Reduction awards that will be announced in December.

How can UIUC expect to complete a project by 2025?

UIUC has several advantages that enables a reasonable opportunity for successfully completing a new research and test reactor by the end of 2025.

The system fits well within the established parameters of a research and test reactor that can be operated with an NRC class 104 license. The process for these license applications is well established and can be completed in significantly less time than a commercial class 103 license process.

As a university research reactor, UIUC has access to a DOE fuel leasing program that already has an allotment of the high assay, low enriched uranium (HALEU) fuel used in the MMR design. Fabrication services for the Triso and FCM fuel elements is already available on the research reactor scale.

With its large campus heat and power system, the university can be its own customer and has no need to engage in the lengthy process of arranging for off-take agreements for the heat and power that will be produced.

Project leaders have already begun the process of building community interest and support for hosting a new nuclear research reactor that can also help in efforts to reduce CO2 emissions.

The site of the existing power and heat plant has adjacent space that will enable the new thermal heat source to help reduce fuel consumption.

Other programs in the Grainger College of Engineering can also lend support and obtain value for their students.

How can I learn more about the project?

If our discussion piques your interest, you can find out more about the MMR at Illinois by visiting https://npre.illinois.edu/about/nuclear-powered-uiuc. You and also contact the project team at micro-reactor@illinois.edu.

As always, you can also engage in the discussion here. There is a good chance that one or more of the project team members will participate and address your questions or comments. 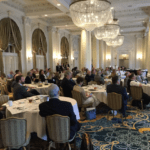 The Nuclear Energy Institute (NEI) and the Virginia Nuclear Energy Consortium (VNEC) hosted a half day summit in Richmond on Monday, June 6 for government officials and industry leaders from the fields of research, education, power generation, defense, and security to discuss the role and value of nuclear energy in the Commonwealth of Virginia. The […]

In my continuing efforts to produce a narrative about the way that the public was taught to be afraid of ionizing radiation, no matter how low the dose, I came across an interesting write up in the Rockefeller Foundation Annual Report for 1958. Here is some important temporal context. The Foundation Board of Trustees asked […] 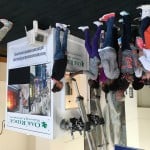 Yesterday afternoon, I spent a few hours watching about a hundred excited students rotate through several experienctial learning stations set up by volunteers for National Nuclear Science Week in Knoxville, TN. Representatives of the isotope production facility at Oak Ridge National Laboratory had provided a remote manipulator simulator. The students were able to take turns […]