What does it mean when nuclear plant owners tell people that their plants are struggling to make money in competitive markets as currently structured?

They are attempting to more precisely state what is often misleadingly dismissed by journalists as “nuclear plants cannot compete.” The more commonly used statement gives the impression that nuclear plants produce more expensive electricity than other sources. That is factually untrue. On a cost per kilowatt-hour delivered to the grid, nuclear plants are consistently one of the lowest cost sources available, just above power from paid off hydroelectric dams.

According to a paper titled Nuclear costs in context issued by the Nuclear Energy Institute in August 2017, the average total generating cost for a US nuclear plant in 2016 was less than $34 per megawatt-hour. That number was 15% lower than 2012’s peak average cost, which happened when Fukushima Frenzy-related costs were being imposed on the industry.

If nuclear plants are still producing electricity for such a low average cost, why can’t they compete?

Existing nuclear plants were designed and built during a period when electric utility companies were legal monopolies with both an obligation to serve and prices established with a government-approved cost plus rate of return. When today’s nuclear plants were built, no one considered the idea that competitors might appear that would decide to occasionally give electricity away for free in hopes of capturing additional market share.

Though reactors were designed to be able to vary their output at the modest rate that loads changed, they operate most reliably and at the lowest cost per unit of electricity generated if they are run steadily at their fully rated, optimized power. If they reduce power too quickly and remain at low power too long, a short-lived neutron absorbing isotope called xenon-135 builds up inside fuel rods. Xenon is such a strong neutron absorber than it can make a reactor sub-critical, even with all control rods fully withdrawn from the core.

Xenon accumulation after a shutdown from full power can prevent a restart until it decays away. Since xenon-135 has a 9.2 hour half life, the xenon precluded start-up period can last from a few hours to several days, depending on factors relating to the reactor’s fuel cycle.

Being shutdown and unable to generate power during a xenon transient can be substantially more detrimental to revenue generation than simply accepting low or negative pricing for a brief period. Though it’s technically straightforward to design and build reactors that can avoid xenon precluded start-ups throughout most of their core lives, it would take a lengthy, expensive, and financially risky redesign and licensing effort to backfit that capability into already operating power plants.

As a result, reactors still operate at full power as much as possible and generate 20% of the electricity sold in the U.S. That is pretty impressive considering that there are less than 100 operating units with total rated capacity that is well under 10% of the total generating capacity of the US electrical grid. In 2017, the average capacity factor of US plants exceeded 92% and the total electric energy generated and sold was close to 800 billion kilowatt-hours.

The economic struggle for nuclear plants is caused by too often having to sell their steady output at prices near or even below zero dollars.

Pricing that is below the true cost for all generators is caused by temporary oversupply situations. These arise as a result of a combination of favorable weather, seasonal excesses of natural gas, and weather/time-of-day driven variations in customer demand. Some of the generators bidding during these periods are eligible for production tax credits that are not tied to demand.

If the generator produces power, even if no one wants it, the generator earns a payment of $23 per MWhr from the federal government. Unlike similar subsidy programs for certain farm products, the government doesn’t actually take delivery and store the product it has subsidized, it leaves that job to the market and shares the low price pain with all suppliers. Because the people who receive these production tax credits have political pull, there is a great hue and cry if anyone tries to curtail their unwanted output.

Permanent nuclear plant shutdowns help alleviate temporary periods of excess supply, but they also narrow – or eliminate – the margin between supply and demand during periods when the weather is contrary, gas demand rises for heating & industry, and the time of day is when nearly everyone wants to use power.

If keeping nuclear plants in the mix reduces risk, why is there so much opposition to all proposed plans?

Discussions about the grid, the electricity market, and pricing mechanisms are fascinating and attract intense interest for a very limited number of people. For most people, the issues are too complicated to delve into with much enthusiasm. If they take any interest at all, it is a result of active efforts to brand and politic with sound or text bites in order to obtain a favorable decision.

For competitors in the market, the nuclear plant shutdowns represent substantial revenue opportunities. For people who have been campaigning against nuclear energy for years or even decades, there are no tears and no sympathy for struggling nuclear plants or for the people who are employed to operate and maintain them.

Despite high level attention and announced intentions to address the problem, the US government is still paying large subsidies to companies that install and operate weather-dependent power sources even in areas that are already subjected to increasingly frequent periods of oversupply during some parts of the day when the weather is favorable. Though the subsidies are currently scheduled to expire, there have been close to a half a dozen last minute extensions in the past.

Without close attention and ready political actions, it seems likely that there will be another successful, last minute effort to save the subsidies.

During a discussion on Atomic Insights, I encountered a man whose recipes for a sustainable future need greater distribution. John Tjostem is an advocate of technologies that enable disruptive abundance and a more rewarding life for a growing portion of the world’s population. After growing up on South Dakota farm in the 1930s and 1940s,…

On Sunday, March 20, a group of pro nuclear energy communicators gathered to chat about the events at the Fukushima Daiichi nuclear power station following a devastating earthquake and tsunami that put the entire station into a blackout condition. As predicted at the very beginning of the casualty, there have been no releases of radioactive… 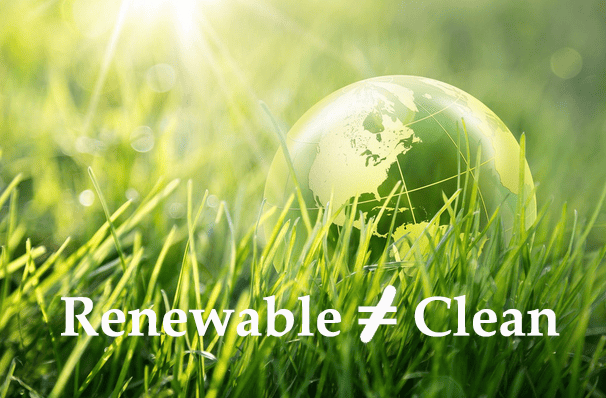 We had a wide ranging discussion here on Atomic Insights after I posted an article titled Bernie Sanders is listening to the wrong people about energy. Quite a few of the comments led me to believe that the author has developed a slanted or one dimensional understanding of Bernie Sanders’s campaign message. That distorted view…

Over the past week or so, I’ve engaged in a “root cause analysis” project to determine why the US is having so much difficulty implementing a plan to take 34 metric tons of nearly pure plutonium 239 — a fissile isotope with virtually the same energy value as uranium 235 — out of our nuclear…

An increasing number of major corporations and famous individual investors have announced plans to make their money work harder to address environmental, social and governance (ESG) goals. These plans are not about philanthropic giving. The individuals and organizations believe that careful targeting of their money can produce both financial and social returns. By investing in…