On November 6, 2015, a Friday afternoon, the White House hosted a Summit on Nuclear Energy. The seats in the conference room had been filled before much information about the event had been released, but the organizers provided a live stream on the web. That turned out to have been at least as informative as being there. There was only one short break, which would have provided little time for meeting and greeting the distinguished invited audience.

It was also better for the climate and the Atomic Insights LLC budget to be able to watch from home instead of driving a couple of hundred miles each way. Having experienced the joy — too many times — of leaving Washington, DC after 5:00 pm on a Friday afternoon, I was happy to be able to grill a meal, dine with my wife, and clean up the kitchen before I would have been able to even reach the parking lot that is also known as I-66.

I’m hunting for some additional information about the summit, like an attendee list and an agenda, but while I wait for my sources to come through, I’d like to share a couple of highlights.

My primary take away from the event is that responsible people in the Administration recognize the importance of nuclear fission in our nation’s energy supply mix. They understand it provides clean, reliable heat that is not limited to producing electricity, that the material often mislabeled as “waste” can be a valuable future fuel resource, and that it is impossible to achieve stated energy security and climate goals without a growing contribution from nuclear energy.

Those responsible people also recognize that the current trends are in the wrong direction and they are looking for answers regarding actions needed to reverse the trends.

I captured nearly all of the summit stream and will be processing it into digestible clips.

There were several excellent briefs given, but my initial favorites were the ones by Liz Shuler of the AFL-CIO and Danny Roderick of Westinghouse.

Though Atomic Insights has a pretty extensive library of articles that mention Danny Roderick’s leadership and impact on the nuclear industry, this is the first time I’ve mentioned Liz Shuler. She has an impressive resume. One notable achievement was her involvement in a campaign in Oregon to resist efforts by Enron to push an electricity deregulation bill modeled after the disastrous California legislation. She is an engaging speaker, a quality that is almost expected of a successful organizer.

Yesterday, she provided both inspirational words and penetrating “tough love” honesty about the challenges her organization sees in achieving the lofty energy and climate goals that politicians say they want to reach.

It was interesting to note that Ms. Shuler celebrated the recent achievement by Curtiss-Wright, with the help of IBEW local 1914, of producing qualified reactor coolant pumps for the AP1000.

There are a lot of very good reasons for the nuclear industry to recognize and embrace the fact that they have a strong partner in organized labor. Unions provide well-respected craft training programs, have implemented codes of excellence that provide people who are proud of their workmanship and promise to put in a hard day’s work for a full day’s pay.

Union screening programs can help ensure that people have the proper training and clearances before the show up to a site; which adds to their value. In addition, unions have standing with the often nuclear-skeptical Democratic Party.

There is little doubt that progress forward with nuclear energy will only be effective with bipartisan support. The technology requires patience and long term investments that cannot be subjected to the whims of the election cycle. Since the Republican Party traditionally has planks in its platform that support nuclear energy development, yesterday’s summit provides reasons to believe that bipartisan support is achievable.

Immediately following Ms. Shuler’s effective talk, Danny Roderick, CEO of Westinghouse, provided a complimentary perspective from the business point of view. He highlighted the current progress his company is making in creating a manufacturing supply chain for nuclear plant components and a nucleus of experienced construction workers with the new plant builds in Georgia, South Carolina and China. He also sounded a note of caution, reminding policy makers that nuclear is a long term business that cannot be switched on and off.

Stay tuned for more about the conference later today and perhaps into next week. It takes time to process, clip and summarize video. I wanted, however, to provide some initial coverage as quickly as possible.

As far as I can tell, there aren’t many writers rushing to describe yesterday’s summit. The only report I can find so far is an article on E&E News titled NUCLEAR: White House summit boosts industry’s sagging spirits. I also found a dismissive pre-event mention in Politico:

LOOKING FOR LOVE IN ALL THE RAD PLACES: The White House is putting on a summit this afternoon designed to promote the Obama administration’s “commitment to nuclear energy as a clean energy and climate mitigation solution.” Translation: This is another line in the preamble to the Paris climate talks to show that every tool in the proverbial toolbox will get whipped out. The nuclear crowd is certainly excited for the attention and the summit will also let them feel like part of Team Climate, given the industry’s sense of being the unloved stepchild of the whole enterprise. Nuclear wonks shed tears when Congress nixed cap-and-trade in the president’s first term and the EPA’s Clean Power Plan feels a bit too little too late while reactors permanently unplug from the grid.

Perhaps energy reporters are more interested in the finally announced decision to disapprove the Keystone XL pipeline — after the applying company had already asked for the review to be suspended due to changing economics. It might also be that news of the late Friday afternoon event fell of the radar screen as is almost always the case for events with that timing.

It is worth noting the position that the press release describing yesterday’s event has on the White House list of press releases this morning. It was also interesting to find that the video titled White House Summit on Nuclear Energy posted on the White House YouTube channel contains just the first panel. It includes just 58 minutes out of a four hour summit. Maybe there will be others posted later and the first one will be renamed with a “Part 1 of..” in the title.

Update: A friend provided a link to the full version of the streamed event https://www.youtube.com/watch?v=-aKsOc9yeIs End Update:

In this era of focused, independent media outlets, we have the capacity to overcome the traditional political ploy of burying news by releasing it late Friday afternoon. The summit was far too important for nuclear energy to be ignored or submerged. As far as I am concerned, the Administration gave us a powerful tool by providing impossible to refute evidence of its public support. It is up to us to make sure that the news gains the traction it deserves. 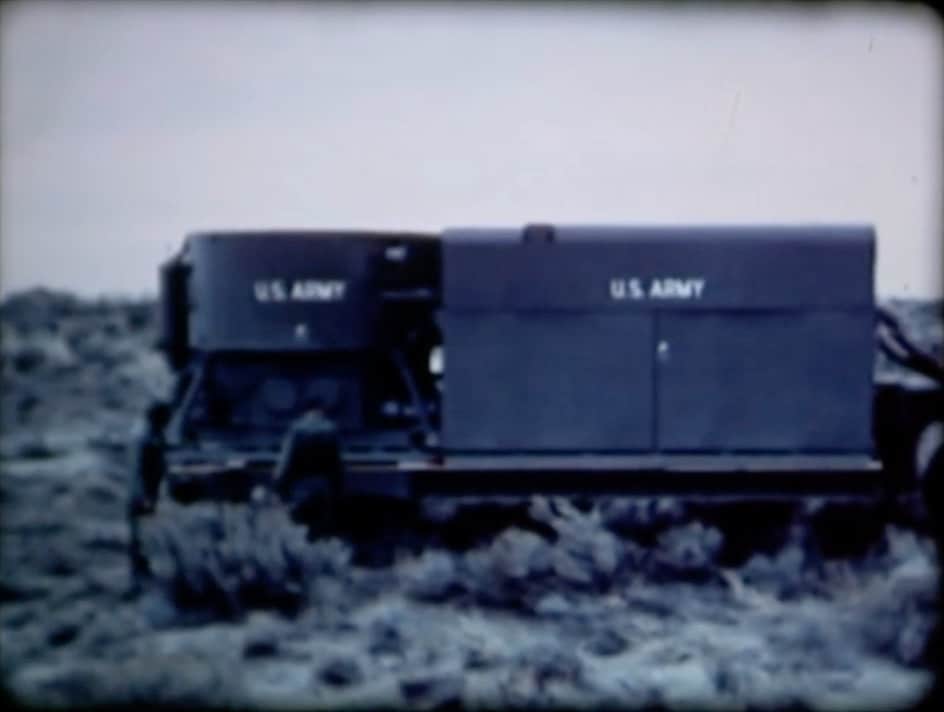 It’s time to change energy game by adapting the well-proven, flexible and reliable combined cycle to be able to use nuclear fuel. That will match the best available heat conversion system with a low cost, emission-free heat source.

Brian Paxton is the Managing Director of MBendi Information Services (Pty) Ltd. Brian is a long time energy industry professional currently focusing on providing information about African industry and development, particularly in the energy and mining sectors. Brian Paxton and I talked for about 50 minutes about a wide range of topics related to Africa…

Editor’s Note: Sometimes stories are best told out of sequence. We’re starting here with part 3 of a timely tale about a strong leader with a moral compass who has decided to enter into a political race out of faith in his country, its system and himself. By Michael Shellenberger When I started Environmental Progress…

I spent about 15 years trying (unsuccessfully) to get a small modular reactor company off the ground. Our concept was based on an adaptation of the successful German pebble bed demonstration reactor called the AVR. In 2003, Tsinghua University in China completed the construction of the HTR-10, which was essentially a direct copy of the…

I noted a disturbing comment in an article titled Fairfield County hopes reactors will boost economy The article is about the understandable desire among leaders in Fairfield County, SC to ensure that the construction of VC Summer units 2 and 3 result in local benefits. They want local people to have a shot of landing…

Late Friday evening, Georgia Power issued a terse press release. Thousands of people who have been tensely anticipating a crucial decision regarding the fate of the Plant Vogtle expansion project cannot stop worrying yet. We will now mark our calendars for May 12 as the next deadline for announcing a decision about whether the massive project will be continued…