Donald Trump has once again caused a huge stir with the issuance of a 140 character statement of purpose.

There is nothing immediately offensive or dangerous in that tweet. There is no reason to automatically assume that the word “nuclear” is equal to the phrase “nuclear weapons.”

Nuclear is also a word that can mean clean, abundant, reliable energy. “Nukes” is a word that is frequently used as a term of endearment for both the machines that use fission as their heat source and for the specialists who have chosen design, operations and maintenance of those machines as their profession.

Some people are deeply concerned about human prosperity and society’s ability to provide an improving standard of living for an increasing population without massively increasing air pollution or the potential for disruptive climate change. From their perspective, proposing a “massive increase in nuclear capability” that helps “the world come to its senses regarding nukes” is a promise with incredible positive potential.

Reasons Why People Assume Weapons Or Bombs When They Hear “Nuclear”

To our collective misfortune, there is an entire community/enterprise/school-of-thought that has spent much of the past three generations believing that “nuclear” is a synonym for “nuclear weapon” or “atomic bomb.” A Dec. 22 headline from a New York Times article responding to Trump’s tweet illustrates how readily people jump to that misinterpretation.

Look back at the quoted tweet; the word “weapon” isn’t there.

The undisputed natural fact is that there are a few elements in the periodic table–uranium, thorium and plutonium–whose nuclei contain a mix of neutrons and protons that can be disrupted enough by absorbing a neutron to make them break into two lighter elements plus several free neutrons. That breakage–which was named fission by a German woman physicist named Lise Meitner and her nephew, Otto Frisch, who was also a physicist–releases a comparatively vast quantity of energy. Per unit of mass of fuel, fission releases about 1-2 million times as much energy as hydrocarbon combustion, but combustion also requires 3-4 times as much mass in oxygen as in fuel.

Aside: The fuel source for the nuclear submarines where I honed my nuclear skills contained a bit more than my body weight’s worth of uranium. It powered a 9,000 ton submarine for 14 years. About 50% of the uranium was consumed during that period. End Aside.

For many years after the process was discovered and verified–which happened in a flurry of experiments, discussions and computations between December 1938 and March 1939–it was known as “atomic fission” and often referred to as “atomic energy”, but eventually some detail-oriented scientists pointed out that it wasn’t really “atoms” that were splitting, but the nuclei of atoms. They pushed hard and successfully converted the lexicon from “atomic” to “nuclear.”

Part of the pressure for the terminology shift from “atomic” to “nuclear” came when a group of physicists–the most visible and famous of which was Edward Teller–demonstrated that it was possible to release even more energy by forcing the nuclei of the lightest elements in the periodic table to fuse together. Sustained fusion requires an intense heat source that could only be provided by a nuclear fission explosion, so devices whose power was boosted by nuclear fusion were known as “thermonuclear weapons” or “thermonuclear bombs.” Laziness–or a quest for brevity–in an era of typewriters and sound bytes shortened that term to “nuclear.”

People who have written or spoken about nuclear history often assert or imply that the first use of fission was as an explosive and that useful energy production was an afterthought. They tell us that it is only natural for most people to think “bomb” when they hear “nuclear.”

Most of the people involved in the effort that revealed the structure of atomic nuclei and the techniques that could release their incredible store of energy were far more interested in producing sustainable sources of useful energy than they were in creating weapons with shocking destructive power. It was only an accident of history and poor timing that pushed some scientists and engineers to focus on weapons before turning back to more constructive ways of using nature’s gift of the virtually unlimited power contained in the three superfuels.

If fission had not been discovered by European scientists during one of the darkest and scariest times in European history, it is quite likely that the word “nuclear” would have meant a source of clean electricity and heat first, with explosives as an afterthought.

Fission was discovered at a time when even pacifist scientists like Leo Szilard and Albert Einstein were stimulated to think of weapons that could be used to overcome the frightening prospect of cruel, totalitarian, racist expansionism by people like Adolf Hitler and Joseph Stalin. As a result, bombs were developed more rapidly than useful nuclear energy production machines.

The people who controlled the bomb development recognized very early that possession of nuclear weapons was a source of massive geopolitical clout as long as the number of nations having those weapons was strictly limited. If “everyone” had nuclear weapons, their utility would be sharply reduced. The nonproliferation movement began almost before the weapons program started.

Not surprisingly, the notion of keeping weapons away from other nations has been popular among citizens of nations that have those weapons.

Unfortunately, the notion of nuclear nonproliferation has become a useful tool for those who prefer to suppress the use of nuclear energy for competitive reasons. They have encouraged the idea that the only way to truly contain the spread of weapons is to focus on containing the spread of any material or technical knowledge that MIGHT be useful in a weapons program. Their interpretation has been that almost anything that is useful for nuclear energy production is also useful for nuclear weapons.

The people with the most to fear from rapid proliferation of nuclear energy materials, equipment and technical knowledge are those who have interests in inferior sources of power that cannot match the proven cleanliness, abundance, reliability, fuel independence and low marginal costs that well designed and built nuclear power systems can provide.

A nuclear energy “arms race” would have unpredictable, but probably negative effects on the interests of multinational petroleum companies, petrodollar banks and hydrocarbon-based economies while enabling a huge burst of prosperity in places with more creative and energy intensive economic systems. A rapid increase in the world’s nuclear energy capabilities could possibly stave off the worst consequences of massive climate change, finally enable a foundation for peace in the Middle East, protect pristine areas from extreme hydrocarbon extraction and make strides in alleviating world hunger.

In August of 1997 Apple Computer and Microsoft joined forces to cooperate and compete in a move negotiated between two confident, competitive and friendly creators – Bill Gates and Steve Jobs. The resulting explosion of creativity has irreversibly provided previously unimaginable technical capabilities.

If the United States and Russia could forge a similar cooperate and compete partnership in nuclear energy, the possible technical advances are impossible to describe.

Note: A version of the above first appeared on Forbes.com under the headline Trump Is Right. U.S. Should Greatly Strengthen Nuclear [Energy] Capability 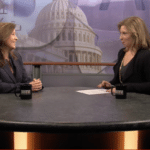 Maria Korsnick, the new President and CEO of the Nuclear Energy Institute, recently talked with Monica Trauzzi, host of E&E News’s OnPoint. Korsnick and Trauzzi discussed the nuclear industry’s near term future and its public information strategy under the coming Donald Trump Administration. A complete transcript of the interview is posted on the E&E News […] 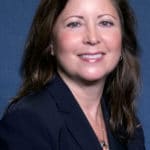 Maria Korsnick has a passion for nuclear energy and a well- informed view of the challenges and opportunities the U.S. nuclear industry faces. That was my impression after recently attending her first press conference as NEI’s new president and CEO. “If we hope to maximize nuclear energy’s immense potential globally, the United States must take […]

Last week, with significant fanfare, the Tennessee Valley Authority announced that Watts Bar Unit 2 had begun commercial operation. It had completed a 20 day reliability run following the completion of power accession testing. That October 19th declaration changed the status of the reactor from a capital construction project to a working asset. That status […]

Malcolm Grimston, a senior research fellow at Imperial College in the UK, gave a fascinating talk to the Canadian Nuclear Association’s February 2016 meeting. His message includes powerful suggestions for people who are excited about the prospects of using nuclear energy to solve some of humanity’s most wicked problems. It’s also a critical message for […] 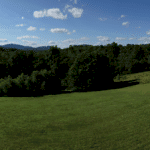 I returned from the Nuclear Energy Insider International Advanced Reactor and SMR Summit with revived energy, optimism and passion for participating in an expanding effort to smooth and straighten the tortuous path associated with producing increased quantities of clean energy from atomic fission. The effort isn’t small, it isn’t narrowly focused, and it isn’t–by any […]

Despite the tens to hundreds of billions of dollars that have been spent by governments and nuclear plant operators in the wake of three core melt events at the six-unit Fukushima Daiichi nuclear power station, the most useful lessons available from the experience remain unlearned. At Fukushima Daiichi, the robust, defense-in-depth approach used in nuclear […]

One of the highlights of the recent Advanced Nuclear Summit hosted in Washington, DC by Third Way was an inspirational talk by Senator Cory Booker (D-NJ) Here is a partial transcript, starting after Booker’s folksy story to set the talk’s tone. Here in this realm, we in government have to start acting boldly and let […]

On November 6, 2015, a Friday afternoon, the White House hosted a Summit on Nuclear Energy. The seats in the conference room had been filled before much information about the event had been released, but the organizers provided a live stream on the web. That turned out to have been at least as informative as […] 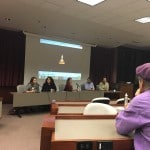 During the weekend in Knoxville, TN, I met some marvelous people who were friendly, energetic, personable, excited by life, and ready to learn how they could take small steps to make the world a better place. As reported on Saturday morning, I dressed in blue jeans and a high visibility tee shirt sporting an atomic […]

Nuclear4Climate posted the below video on their YouTube channel yesterday. It features Kirsty Gogan, the Executive Director and one of three cofounders of the U.K. based civil society group Energy for Humanity. Though there is a small issue with sound quality, I think you’ll agree that Kirsty makes a strong case for nuclear energy as […]