NRC is an independent safety regulator working for the US public

Customers will benefit by cost efficient, effective safety reviews for new technologies that offer the promise for even greater improvements in performance, fuel efficiency, waste reduction, security and reliable safety features or systems

The NRC annual operating budget today is approximately $950 million. It is paid, not directly by customers, but by the regulated entities. The vast majority of the NRC’s budget comes from companies operating existing nuclear power plants.

This results in a situation where established suppliers in a market can influence the ability of an independent regulatory agency to approve new entrants into their market. Elected officials tend to pay attention when large companies complain about the unfairness of charging them for “services” that they are not using. Only a small portion of the operating companies are currently interested in advanced nuclear reactors or SMRs, for example.

The current fee system also means that the regulatory body does not believe that it should better serve nuclear energy customers by enabling increased nuclear electricity production at lower costs.

That does not mean lower requirements or scrutiny; it means implementing changes that reduce redundancy, eliminate excessively long comment periods, streamline obstructionist hearing processes, and eliminate — without a costly, time-consuming, uncertain “exemption process” — rules that are specifically written for a particular technology.

Fund the activities of the Nuclear Regulatory Commission with a designated tax on nuclear generated electricity. One to two mils per kilowatt hour (0.1-0.2 cents) would be sufficient.

This has been shown to be an effective and logical way to collect revenues to pay for public services and infrastructure generated by using nuclear energy. It is the way that the Nuclear Waste Fund has accumulated a balance of $30 billion. It is similar to the way that highways are funded by collecting taxes on gasoline and diesel fuel and the way that the FAA and TSA are funded by fees added to airline tickets.

Any excess fees collected should be allowed to accumulate — perhaps with a certain carryover limit — because NRC expenses aren’t well suited for an annual budget cycle.

The customers for the service — in this case, the portion of the public served by nuclear generated electricity — are the ones who should pay the agency providing the service.

It’s always been kind of a wry joke inside the nuclear industry that regulated entities are required to pay for “the services” provided by someone who comes and inspects your work, adds new requirements, questions every statement, reviews every program, and imposes fines if errors or emissions are found.

This is a “half-baked” BFO concept with a lot of details to flesh out. You have to expect materials like this sometimes when you visit a blog offered to the public by an opinionated and not terribly disciplined thinker.

Comments are welcome. Revisions to the original post should be expected. 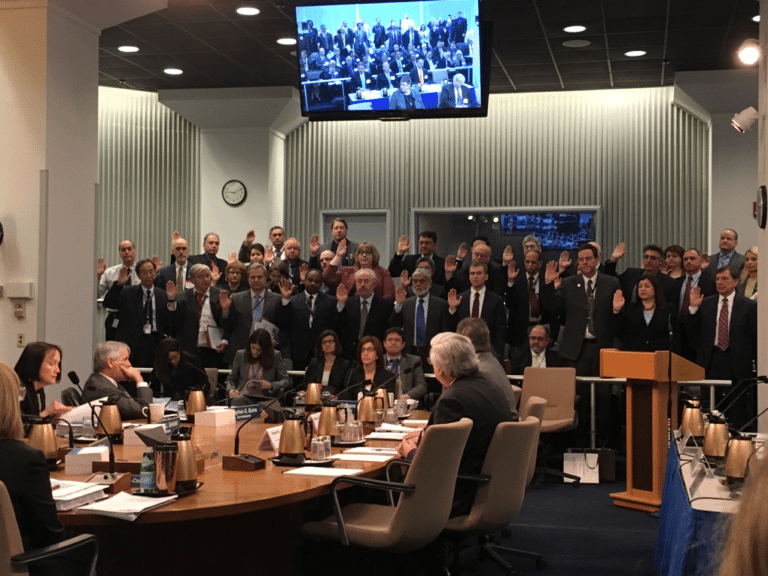 Dominion Resources’s North Anna nuclear power station unit number 3 should be approved for construction by the end of May 2017. It’s possible that the approval – in the form of a Nuclear Regulatory Commission (NRC) 10 CFR Part 52 combined license (COL) – could be issued within the next three weeks. This would be…

A two-page Policy Forum opinion piece titled Nuclear safety regulation in the post-Fukushima era: Flawed analyses underlie lax U.S. regulation of spent fuel by Edwin Lyman, Michael Schoeppner and Frank von Hippel appeared in the May 26, 2017 issue of Science Magazine, an outlet that has a public reputation as a reliable source of technical…

Yesterday I wrote about the need to rationally compare the physical risks associated with producing energy by burning natural gas against the similar risks of producing energy by fissioning uranium in a nuclear power plant. However, even when decision makers includes some reasonable estimates for those kinds of risks, they are still often choosing to…

Dr. Allison Macfarlane, an associate professor at George Mason University, with a PhD in Geology from MIT, has been nominated by President Obama to be both a Commissioner and the new Chairman of the U. S. Nuclear Regulatory Agency. If the President does not change his mind, that decision alone will be enough to turn…