This segment of the Shoreham documentary lays some of the groundwork for the interviews that will be a part of the story. James and Ray spent a lot of time in libraries and press vaults finding material and identifying potential candidates that could provide views from various perspectives. Interview candidates mentioned are Michio Kaku, who […]

One of the myths about nuclear energy is that it is unrelated to oil consumption because the US does not burn much oil to produce electricity. That may be true today, but it certainly was not true during the two decade long campaign against the Shoreham nuclear power station. As late as 1978, power plants […]

Though many casual observers of the nuclear energy industry in the US believe that Three Mile Island and a fear of “The China Syndrome” are the root cause of our 35 year hiatus in new nuclear plant construction, perceptive observers more often point to the Shoreham Syndrome as the more important contributing cause. Shoreham was […] 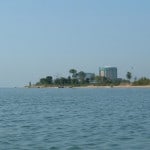 It has been several months since I last reported on the efforts of Nancy Thorner, the Illinois resident who has been working diligently for several years to encourage Exelon to reconsider its 1998 decision to shut down the 22 year old (at the time) Zion nuclear power station. You can find links to previous articles […]

During the Senate Environment and Public Works Committee hearing on August 2, 2011, Senator Lamar Alexander invested his five minutes of question time wisely by engaging Chairman Jaczko in an important philosophical discussion; does the mission of the NRC to protect public health and safety include a mission to enable the construction of new nuclear […]

(Note: Video credit to Barry Brook of Brave New Climate.) The Southern Alliance for Clean Energy is taking issue with the idea of recycling used nuclear fuel to recover the energy that remains after the first pass of the fuel through a nuclear reactor. They have issued a call for action to encourage their members […] 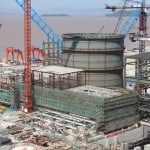 The flagship project of the US nuclear energy renaissance is in trouble. The people of the great state of Georgia and the investors in Georgia Power may end up footing the bill for actions that have been taken to delay the project. I feel a personal and a professional attachment to the story; I want […] 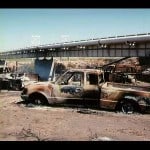 Several months ago, I signed up to receive press releases from Representative Ed Markey, mainly so you don’t have to endure the pain yourself. On June 21, 2011, I received one titled Markey, Welch to GAO: No Way to Assess Integrity of Buried Pipes at Nuclear Reactors that offers some food for thought about the […]

Yesterday, I pointed Atomic Insights readers to a series of articles that provide an overview of the history of the antinuclear movement. In addition to recently reading those articles, I have been rereading a 1982 book by Bertrand Goldschmidt titled “The Atomic Complex: A Worldwide Political History of Nuclear Energy.” The two self-assigned homework projects […]

On June 15, 2011, the professional staff at the US Nuclear Regulatory Commission provided a brief to the commission. It was the second of three planned status updates on the Task Force Review of NRC Processes and Regulations Following Events in Japan. The briefing started with a report by Bill Borchardt the NRC’s Executive Director […] 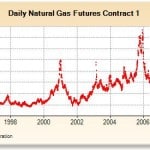 Two articles that appear in the New York Times on June 15, 2011 should help to make it more clear to more thinking people – Russia, the world’s largest natural gas exporter, stands to gain the most money by an illogical, politically driven shift away from nuclear energy. It baffles me why there is so […]