By early 2019, Oliver Stone, a successful filmmaker who has created a long list of popular works of art, had become increasingly concerned and even depressed about what he had learned about the risk climate change posed to humanity. He’d watched Al Gore’s “Inconvenient Truth” and paid attention to dire warnings coming from credible scientific groups like the International Panel on Climate Change.

He noted that the solutions at the top of almost everyone’s list were ineffective in reducing fossil fuel consumption and the CO2 emissions produced when they are burned. He did not dislike renewables, but he realized they could not do all of the tasks that fossil fuels do for society.

Then he discovered and read “A Bright Future: How Some Countries Have Solved Climate Change and the Rest Can Follow” by Joshua Goldstein and Staffan Qvist. That excellent, accessible book taught him that nuclear energy had proven to be capable of replacing fossil fuels on a large, country-sized scale. That knowledge inspired him to do something to change our current trajectory related to using nuclear energy.

He also learned that many of the fears associated with nuclear energy were either related to confusion between nuclear weapons and nuclear power or to skillful public relations efforts by competitive energy sources to discourage the nuclear energy growth that would inevitably threaten their market share.

As a talented filmmaker and storyteller, he realized that he could and should use his talents to help overcome fears associated with nuclear energy and to convince decision makers that it is time to take a fresh look at nuclear energy.

Stone and Goldstein decided to collaborate on a script for a fact-filled documentary after realizing that was the most appropriate format a film designed to overcome fears with information. Using archival footage, contemporary interviews with nuclear experts and visits to nuclear research and development facilities in the US, France and Russia they tell a complex story spanning more than half a century in a relatively brief period of time.

But, as Blaise Pascal famously implied with his pithy quote “I would have written a shorter letter, but I did not have the time” it takes time to create a concise story. Stone and Goldstein invested two years in their creation, an effort that Stone said nearly “took the life” out of him.

As fossil fuels continue to cook the planet, the world is finally becoming forced to confront the influence of large oil companies and tactics that have enriched a small group of corporations and individuals for generations. Beneath our feet, Uranium atoms in the Earth’s crust hold incredibly concentrated energy. Science unlocked this energy in the mid-20th century, first for bombs and then to power submarines, and the United States led the effort to generate electricity from this new source. Yet in the mid-20th century as societies began the transition to nuclear power and away from fossil fuels, a long-term PR campaign to scare the public began, funded in large part by oil interests. This campaign would sow fear about harmless low-level radiation and create confusion between nuclear weapons and nuclear power. With unprecedented access to the nuclear industry in France, Russia, and the United States, director Oliver Stone explores the possibility for the global community to overcome challenges like climate change and reach a brighter future through the power of nuclear energy.

I have a built-in bias about the film. Joshua Goldstein is a friend and a respected colleague in the “club” of pronuclear writers and researchers. He convinced Oliver Stone that I would be a good interviewee, especially given my experiences as an operating engineer on nuclear submarines and my long term interest in the efforts by fossil fuel interests to teach the public to fear and distrust nuclear energy.

In July of 2021, Stone and his production team invited me to visit them in Los Angeles for a sit down interview at Stone’s comfortably impressive home. The night before we talked, Stone invited Joshua and me to share a home-cooked meal and to get to know each other. I’ll always remember having an after-dinner glass of wine while relaxing in his poolside sitting area and discussing the differences between California and Florida pools. (Caged pools are unheard of in virtually bug-free CA, they are de rigueur in buggy FL.) He was shocked to hear about the alligator that lives in the pond behind my home and couldn’t believe I liked living with a “dinosaur” in my back yard.

Of course, we also talked about nuclear energy and its importance in clean energy production.

“Nuclear” isn’t playing in theaters. It might go directly to streaming services, even though it looks good on a big screen. It’s the kind of film that is designed to inform and convince. It should make a useful contribution to helping the public better understand nuclear energy and the immense capacity it has for helping address some of humanity’s most wicked challenges.

Interviews with Stone and Goldstein at Venice Film Festival 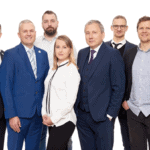 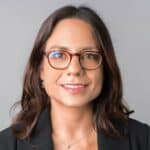 Nuclear energy professionals are credible sources of information about a powerful technology that can help address climate change and contribute to humanity’s development. Voices of Nuclear is an international non-profit group that seeks to empower nuclear supporters, both professionals in the industry and allies outside of the industry, with tools, organization and effective messages. Myrto […] 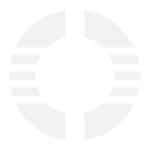 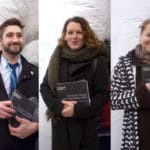 This episode of the Atomic Show is a conversation among five clean energy advocates who attended the COP with the goal of sharing what they know about the ways that nuclear energy can help reduce global emissions while also providing a growing amount of reliable power. With more power, more people will have a pathway […] 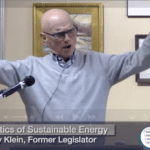 Tony Klein, a former Vermont legislator who played an important role in Vermont energy law creation during the last decade, recently gave a fascinating talk at the Osher Lifelong Learning Institute at the University of Vermont. Fortunately for those of us with a deep interest in energy politics, the talk was competently recorded for posterity […] 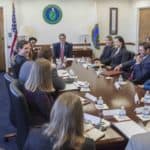 The intense conversation Energy Secretary Rick Perry purposely initiated with his Sept. 29 letter to the Federal Energy Regulatory Commission continues to occupy the attention of specialists. The direction was concise: implement pricing rules that protect electricity generators that meet certain requirements from being pushed into early retirement. The marching orders came with an aggressive but […] 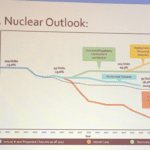 R. Shane Johnson recently briefed representatives of the U.S. nuclear power industry about the the strategies and programs that the Department of Energy (DOE) is developing to implement the Trump Administration’s vision for nuclear energy. Johnson is the Deputy Assistant Secretary in the DOE’s Office of Nuclear Energy. He’s the senior career civil servant in […] 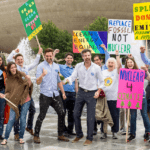 Just over a year ago, I visited Albany, New York to attend a public hearing held by the New York Public Service Commission. I joined a number of friends – new, old and formerly just virtual – who were there to find out if the NYPSC would make the important decision to give upstate nuclear […]

Last week Ketan Joshi (@KetanJO) published a piece titled Nuclear power’s tense contradiction. Ketan is a thoughtful science and technology writer who earned a science degree (neuroscience and psychology) from Sydney University and has worked in the renewable energy industry. He is also deeply interested in politics and identifies with the left. His article is […]