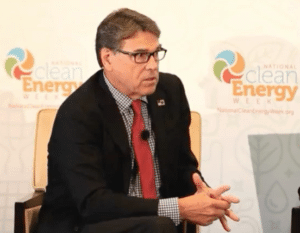 One of the most sweeping changes to the U.S. electricity supply market in the past two decades may be implemented before the coming winter heating season. The brief bottom line of the change is that eligible power sources will be able to participate in a details-to-be-determined rate structure that allows the owner to recover its “fully allocated costs” plus a “fair return on equity.”

Eligible grid reliability and resiliency resource is any resource that:

All licensed nuclear power plants and a significant portion of existing coal plants can meet those requirements today.

Some coal plants cannot store a 90-day fuel supply due to space or environmental limitations. There are also coal plants that cannot meet certain laws, rules or regulations that will go into effect in the near future without investing in new systems.

Several nuclear plants may soon be unable to meet rules associated with once through cooling water discharges without making significant capital investments.

How Did The Market Get Notified Of The Change?

Energy Secretary Rick Perry issued a letter to FERC on Friday with the following subject line:

“It is the policy of this Administration to support an “all of the above” approach to energy development and use. We need to properly recognize the value of each resource, being mindful of its role in our national defense, economic security, and pursuit of environmental outcomes. In particular, we must account for the value of on-site fuel storage capability. Moreover, because of the long lead time to secure and maintain these resources, we must also ensure that the technical expertise and materials are readily available. If, for example, we lose our educated workforce or no longer have the ability to build and operate our baseload plants because of short-sighted policies, it will not only weaken our workforce, but with threaten our energy dominance and national security.

“On behalf of the American people, I look forward to your immediate action on the pressing issue of protecting the resiliency of the electric grid.”

Along with his letter, Secretary Perry enclosed a Notice of Proposed Rulemaking (NOPR) that directs the Commission to either take final action within 60 days after publication of the NOPR in the Federal Register (which has not yet occurred) or to issue the proposed rule as an interim final rule. Any rules included in the final action will go into effect within 30 days after publication.

The Summary section of the NOPR includes statements with legal justification for the FERC’s authority to issue the proposed rule without an Environmental Assessment or an Environmental Impact Statement.

It also provides an analysis concluding that the proposed rule does not have any significant economic impact on small entities and thus does not need to meet certain description and analysis requirements of the Regulatory Flexibility Act of 1980 (RFA).

The rapid rate of rule issuance and implementation is justified as follows. (P. 11 of NOPR)

“The recent Polar Vortex, as well as the devastation from Superstorm Sandy and Hurricanes Harvey, Irma, and Maria reinforces the urgency that the Commission must act now. Moreover, the Commission should take action before the winter heating season begins so as to prevent the potential failure of the grid from the loss of fuel-secure generation–as almost happened during the 2014 Polar Vortex.

“As outlined above, the Commission has developed a vast record of comments, hearings, and technical conferences on price formation matters, but has not done enough to address the crisis at hand.”

Atomic Insights does not run ads. We encourage everyone to read our content and discuss it civilly in our moderated forum.

Please become one of the generous readers who voluntarily helps to cover costs and provide a reasonable return on investment. Click below to pay via PayPal or most major credit cards.

Early reactions to the proposal are unsurprisingly mixed.

Maria Korsnick, the President and CEO of the Nuclear Energy Institute, praised the decisive action.

She went on to describe how short term, energy only markets have failed to compensate “everything that is important to our electricity system.”

Her conclusion is worth highlighting.

“This timely move is especially needed for nuclear plants because once they close, they close forever. The clear benefits they provide in terms of jobs, economic growth and environmental protection disappear too, thus the need for this decisive action now. The Secretary’s action makes clear that for FERC and the independent system operators that this must be their top priority.”

In a press statement released Friday by the American Council On Renewable Energy (ACORE), Todd Foley, ACORE senior Vice President for policy and government affairs, expressed concern about the way that the rule will “prop up plants that have not been shown to be needed.”

He also claimed that “renewable energy technologies provide many resiliency and reliability attributes to the grid, including flexibility, dispatchability, and other essential services.”

CHARLOTTE AMALIE, US VIRGIN ISLANDS – SEPTEMBER 17: Hurricane Irma destroyed almost all of the 16,748 panels in this solar farm September 17, 2017 in Charlotte Amalie, St Thomas, The U.S. Virgin Islands. Hurricane Irma slammed into the Leeward Islands on September 6 as a Category 5 storm, killing four and causing major damage on the islands of St. John and St. Thomas. (Photo by Chip Somodevilla/Getty Images,)

The American Petroleum Institute (API) also expressed concern. “…we are concerned the agency has mischaracterized the lessons learned from past weather-related events and appears to suggest that additional regulation is the answer where markets have already proven the ability to greatly benefit consumers and give our electric system the flexibility needed to meet constantly, and often rapidly changing electricity demands.”

(It’s worth noting that one of the actions taken by ISO New England following the near disaster of the 2014 Polar Vortex was to implement a winter fuel reliability program in which customers paid dual fuel capable natural gas plants to store additional distillate fuel on site for use when natural gas was unavailable at any price due to pipeline capacity constraints.)

R Street, an organization that describes its mission as “to engage in policy research and outreach to promote free markets and limited, effective government” expressed dismay and labeled the proposal as an “arbitrary backdoor subsidy to coal and nuclear that risks undermining electrical competition throughout the United States.”

That piece also dismissed the importance of electric system reliability. “Brief voltage reductions and even rotating 30-minute blackouts are not catastrophic, by any stretch.”

FERC has published the Grid Resiliency Pricing Rule on the Federal Register. The comment period ends on Nov 20, 2017, 46 days from now.

Free market purists like R Street may have complained a bit about the hand on the scale in favor of renewable energy resources, but their expressed faith in the market decision making process is triggered by the idea that coal and nuclear plants might not be forced to retire.

As a lifelong fan of reliable electricity who has visited places where brownouts and rolling blackouts are an accepted fact of life, I do not support the Enron-conceived notion that electricity is just another tradable commodity with opportunities for fabulous rates of return in certain conditions.

Blackouts and brownouts impose a far greater cost on the overall economy than most people realize. Electricity is too important to be left to the vagaries of short term markets, especially since the markets have already been tipped heavily in favor of unreliables and natural gas.

Wind and solar power advocates are either confused or disingenuous when claiming that their power sources, which – by definition – cannot be well protected from the weather, are reliable and provide resilience.

The American Petroleum Institute and its partners in the natural gas industry are mad because their long running price war against coal and nuclear may be interrupted before it achieves its desired objective of driving out enough of its competitors to give it scarcity pricing power.

The rule makes sense. The urgency is justified. I fully expect that there will be numerous interests that will seek delays because those will help them achieve their objective of forcing permanent plant closures.

It is too bad the rule wasn’t implemented in time to save valuable, emission-free, fuel-secure assets like Vermont Yankee, Kewaunee, and Ft. Calhoun. Fortunately, it looks like it might have been issued in time to save a couple of dozen other nuclear plants that are at risk of prematurely closing in the next five years.

Meredith Angwin, who worked diligently to Save Vermont Yankee, has published a thoughtful piece explaining why it’s important for FERC to take prompt action to ensure that the grid power that enables modern society to function remains both reliable and affordable.

Note: A version of the above was first published on Forbs.com. It has been revised and republished here with permission.