The October 8, 2013 episode of Democracy Now! featured a fascinating conversation with James Marriott, Anna Galkina, and Timothy Mitchell. The three guests shared a passion of mine; they have obviously invested a great deal of time investigating the way that oil and gas dependence influence power politics, economics and the condition of our environment.

James Marriott is the author of The Oil Road: Journeys from the Caspian Sea to the City of London and the founder of a London-based organization called Platform. Anna Galkina works with Platform and conducts energy related research and activism. Timothy Mitchell is a Columbia University professor and the author of Carbon Democracy: Political Power in the Age of Oil.

I agree with the panel’s diagnosis regarding the often corrupting influence of the thirst for oil and gas related money. However, I am pretty sure that the interviewers and guests would initially resist any discussion of my proposed treatment for the condition. I believe that actinides (uranium, thorium and plutonium) provide us with effective tools that can seriously disrupt the world’s established order. Skilled use of actinide tools can help reverse a trend that Timothy Mitchell calls “de-democratizing”. Compared to oil and gas, successful use of nuclear energy rests more on cooperative, well-trained, independently thinking workers than on militarily enforced control over resources.

Pipeline politics are not an effective means of controlling political behavior when the fuel resources have such dense concentrations of energy that they can be effectively moved using a variety of transport mechanisms, including backpack if necessary.

Note: If breeder reactor technology is in use, a single person carrying 50 pounds of uranium can deliver as much energy as a 50,000 ton tanker full of oil. End Note.

By judiciously using nuclear energy as the source of heat for technologies that can convert coal into a liquid or gaseous hydrocarbon — preferably at the coal mine — it is possible to provide our transportation needs from a natural resource that has a more democratizing history than that of petroleum. Oil and gas supplies have been increasingly controlled by a smaller and smaller group of wealthy multinational companies employing shrinking workforces in relationship to their annual sales figures.

Here is a key passage from the discussion in which Professor Mitchell explains his views about the coal mining industry. This part of the discussion helps to explain why I believe that nuclear energy advocates should develop a strong political alliance with coal miners to advance the cause of market freedom and broader democracy, while using our technology to add value to and reduce pollution from our partner’s fuel source.

TIMOTHY MITCHELL: Yes. There’s often thought to be a negative relationship between oil and democracy. If you have a lot of oil, if you’re a state that produces a lot of oil, you seem to be undemocratic. What I try to show in the book is there’s a much longer and more interesting history of this relationship between oil and democracy, and that it involves us as much as the countries that depend on the production of oil.

And the way to think about that is to go back to the history of coal. Without coal, we would not have the particular forms of mass democracy that emerged in the early 20th century, because with coal it became possible for groups of organized workers for the first time in history to shut down an economy. The dependence on a single source of energy created vulnerability that organized forces in coal production, in the transportation of coal, could take advantage of.

Oil was different. It didn’t give workers the same kind of opportunity to threaten a productive system, and therefore it proved much more difficult to democratize on the basis of oil—difficult for the countries that produced the oil, but also difficult for the countries, therefore, that began to switch from coal to oil, realizing that you could actually de-democratize a democratic country if you became more dependent on oil.

AARON MATÉ: So the U.S. decision to reorient the world toward oil production after World War II, that’s a response to trying to counter coal unions in Europe?

TIMOTHY MITCHELL: There were many reasons for the turn from coal to oil, including just the much greater use of oil for transportation. But among the things going into the calculation—this was at the level of U.S. funding the rebuilding of Europe after World War II—is that we have to defeat the left in Europe. The left is particularly strong in the coal industry, and the way to weaken the kinds of calls for broader-based democracies that are beginning to take place in Europe is actually to undermine them by beginning to replace the basic energy infrastructure of Europe, moving from coal to oil—in other words, to bring oil from the Middle East, so that, as it were, the deindustrialization, the moving of production abroad that we think of as something that happened in the ’70s and ’80s, actually began, in a certain way, in the ’40s and ’50s with the removing of energy production from Europe to the Middle East, with the kinds of the de-democratizing potential for that in Europe as well as for those involved in oil production there.

It is time to reindustrialize America and Western Europe, to stop using military force to “ensure the free flow of energy” from the Middle East, and to take political power out of the hands of multinational petroleum corporations and their fellow travelers in politics, banking, transportation and media. 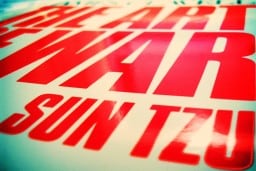 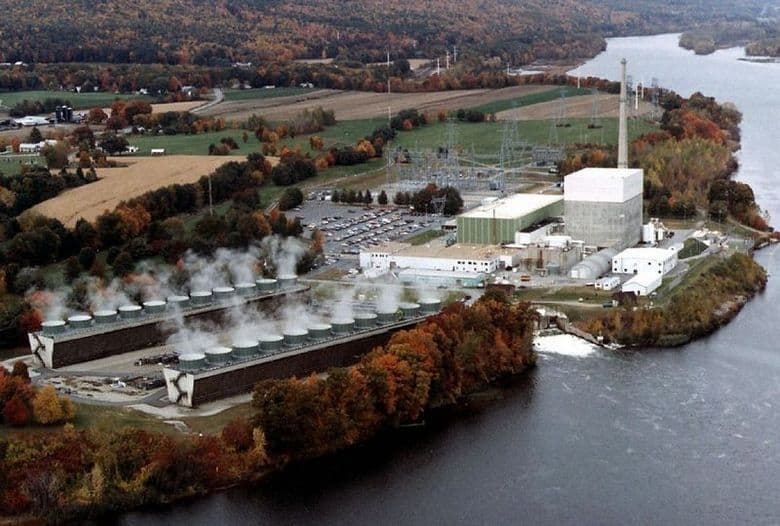 I hope this helps you get pumped up to work to improve the American economy and restore American power. I admit it, I am feeling a little sarcastic this morning. Perhaps a better word would be jealous – why doesn’t my industry run ads like these? Please forgive me for this one, but one of…