By 2020, the spent fuel left over from all 42 years of Vermont Yankee’s operation is scheduled to be stored in huge steel “dry casks” on pads at the plant site in Vernon. Just how strong and reliable are Vermont Yankee’s “dry cask” spent nuclear fuel containers?

In each case, post-incident assessments demonstrated that the containers would not have released their contents.

All of the information shared above was reported Jay Tarzia, Principal of Radiation Safety and Control Services Inc. and chair of the New Hampshire State Radiation Advisory Committee, on March 26 to the Vermont Nuclear Decommissioning Citizen’s Advisory Panel at Brattleboro Union High School.

Dry casks are designed to resist floods, earthquakes, tornadoes, projectiles, and temperature extremes. Tipped over, they will stay intact. And of course, heavy shielding prevents radiation leakage. They also remained intact after being submerged in water for eight hours and exposed to a 1,475 degree fire for 30 minutes. There have been no known or suspected sabotage attempts or releases of radiation since the first dry cask system was licensed in 1986. At Fukushima, 400 dry casks were exposed to earthquake and tsunami. Although knocked over and tossed around, none were breached.

The U.S. Nuclear Regultory Commission (NRC) licensing allows fuel to be stored for up to 100 years and the NRC is developing an extended storage program for up to 300 years. After 100 years, the fuel’s radioactivity will have shrunk to about one percent of its beginning total radioactivity. Stress on the canister will be greatly reduced. But Mr. Tarzia did not minimize the longterm nature of dry cask management. After about 4,000 years, the fuel’s radioactivity will return to the level of the original uranium ore. “The fuel will be radioactive for a long time. We need to manage it,” he said. “The security doesn’t go away when the plant goes away, when there’s a long-term storage site.” The industry is running computer models now showing the outer limits of how long the canisters will last. Ultimately, a long-term storage process or facility will make dry cask storage unnecessary, he predicted.

Editor’s note: Notwithstanding our disagreement with the prediction in the final sentence, the above information is worth sharing to people who express their deep concerns about “nuclear waste,” what we prefer to call reusable nuclear fuel.
This post first appeared on the site of the Vermont Energy Partnership and is reprinted here with permission.

Meredith Angwin, who blogs at Yes Vermont Yankee and Northwest Clean Energy, was recently invited to talk with Pat McDonald on her television show called Vote for Vermont: Listening Beyond the Sound Bites. Angwin and McDonald covered a number of topics during the conversation. Meredith explained how we safely store used nuclear fuel, why some…

One of the reasons this letter focuses on the issue of recycling and waste minimization is that there has been a recent full court press in the opinion sections of major newspapers and in Congressional hearing rooms to stiffen the U. S. government’s already extreme policy limiting the use of plutonium in energy generating plants…. 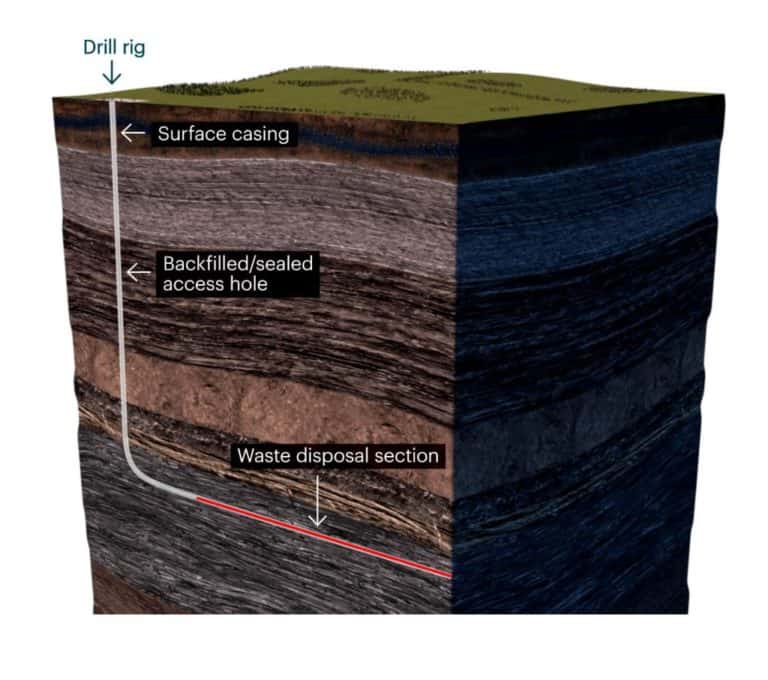 Liz Muller is a co-founder and the CEO of Deep Isolation, a company that makes the modest claim of having invented a solution to nuclear waste. The politically unsolved waste issue has plagued nuclear energy development since the mid 1970s. That was when it became abundantly clear that the original plan to recycle used fuel…

The following letter was written by Mr. Rockwell to the Washington Post. It was not published. Your Sunday (Dec 31) page 1 story on nuclear waste was well researched and well written. But the headlines and some of the quotes imply this is a grim and urgent problem. Actually it’s a problem only in the…