Sam Britton, the nuclear waste specialist from the Bipartisan Policy Center, produced a valuable resource by watching the full hearing and producing a series of Tweets summarizing each instance in which the questions and answers touched on nuclear topics.

Aside: I listened to most of the hearing while on a long walk, but I didn’t stop to take notes. End Aside.

If confirmed, Gov. Perry has the opportunity to take action that might end up pleasing almost every energy-interested group. He could seek agreement with the Administrator of the Environmental Protection Agency to take advantage of DOE research results to establish new clean-up standards based on modern research results instead of using the 60 year-old assumption that all radiation down to a single gamma ray carries a finite negative risk to human health.

A GAO report titled RADIATION STANDARDS: Scientific Basis Inconclusive, and EPA and NRC Disagreement Continues published in 2000 indicates that the money spent to move dirt around could be substantially reduced if the nuclear site clean up standard was elevated just slightly from 0.15 mSv/yr (15 mrem) to 1 mSv/yr (100 mrem).

Following the issuance of that report, Senator Dominici directed funds to the DOE office of science to research the effects of low dose radiation to help make the science a little more conclusive. From 2000-2009, Dr. Noelle Metting, a radiation biologist who had spent two decades developing her expertise in the field, managed a world-leading science program that used modern biological and computing tools to detect and document the actual effects that radiation has on living organisms.

Though the program was abruptly halted for no good reason, Dr. Metting’s Low Dose Radiation Research Program uncovered sufficient new knowledge about the biological effects of ionizing radiation to be able to support a consensus determination by experts that there would be no harm to people by moving the level to 1 mSv.

Though more completed research would most likely be demanded before a consensus on even less restrictive standards could be achieved, numerous experts believe we know enough now to assert that there would be no negative human health effect even if the standard was raised to 100 mSv/yr. Most of those experts say that an unbiased look at the data indicate that the more likely effect is a moderately beneficial health result for exposed people.

The savings from cleaning to a less restrictive, and significantly easier-to-measure standard could be invested in technology development or demonstrating new power/heat production facilities at existing DOE sites instead of cleaning already clean soil.

All rhetoric to the contrary, spending less DOE money on clean-up isn’t politically popular. The senators who are focused on ensuring that the DOE maintains cold war site clean up as a high priority are fundamentally concerned with keeping the associated jobs and expenditures. The win-win-win proposal to keep spending the money, but in constructive ways would be popular for most stakeholders. There is little doubt the same skilled workers now working on clean up would be happier if they were building useful infrastructure.

With an adequately resourced effort to widely share the research results in accessible ways and to describe the benefits of slightly relaxed clean up standards in terms of enabling energy abundance, energy affordability, air pollution reductions and climate change mitigations, most of the public would become more enthusiastic about supporting nuclear energy development.

Knowledge is the key to overcoming fear. After a long period of being afraid of radiation, the U.S. was fortunate enough to find a leader capable of and willing to invest money and time in low dose research. That investment gave skilled, qualified and curious scientists the resources needed to develop sufficient knowledge to justify a giant step forward in fear reduction.

Decision makers who are not rigidly connected to the old radiation risk paradigms should now leverage that investment and take the available step forward.

Nuclear plants that are economically uncompetitive under current market conditions should be retained for future operations, not immediately destroyed.

Some might wonder at my wording. They might accurately point out that virtually all of the 30+ commercial reactors that have been permanently shut down in the US are still standing and have not been physically removed from their sites.

It’s true that the most common decommissioning method is SAFSTOR, a condition in which the nuclear island of a reactor is left alone for several decades after operation in order to allow isotopes like Co-60 to decay, making it less costly to take apart the systems that were radioactively contaminated during operations.

However, an operational nuclear plant in the US is effectively “destroyed” and prohibited from ever being operated again if the owner certifies to the NRC that it intends to permanently cease operating and thus obtains a license amendment that converts the operating license to “possession only.”

That certification letter can be called the “death certificate” for a US nuclear power plant. The containment hulk may still dominate the local landscape for many years and the systems inside the building may look exactly as they did when the plant was operational, but no one will ever load fuel or obtain a valuable output from the enormous investment.

Existing, operational nuclear plants produce reliable, controllable, stable electricity and massive quantities of low temperature heat without producing CO2. Even in markets where their ongoing costs exceed the revenues that they can obtain from selling electricity, they’re potentially valuable assets.

Replacing them would cost billions and take 10-20 years worth of planning, licensing, construction and testing.

Market conditions change. Only the most sophisticated and connected investors have any ability to predict future market prices and overall demand for commodities. Even they often make gross errors in judgement or timing.

It is therefore common practice in almost every enterprise to layup rather than to destroy facilities whose product is temporarily “oversupplied” and a victim of uneconomic pricing. (There are exceptions to this practice in situations where dominant suppliers of a given product purposely destroy “obsolete” or troublesome facilities in order to elevate market prices for the rest of their production facilities.)

In the US nuclear enterprise, there has not yet been a push from licensees to create a license condition that is somewhere between a full operating license — with all of its associated security, inspection and operating crew overhead — and a “possession only” condition where there is no need to maintain chemistry, protect paperwork integrity, or retain physical integrity.

Many of the reactors that were shutdown were the result of regulatory changes that would have required something close to a rebuilding effort and were deemed to be completely uneconomic. Others were owned by a dominant supplier that determined that the plant was worth more dead than alive because restoration would have driven their market into an uneconomic “oversupply” situation with very low selling prices.

The situation today is different. There are a number of well-maintained and fully compliant nuclear plants that are losing money because there is currently an oversupply of natural gas. Even though that condition has been in place for nearly a decade, there are signs that the end of the oversupply isn’t too far in the future.

Here is a quote from the November 3, 2016 Natural Gas Weekly Update from the Energy Information Agency (EIA).

Though the report went on to describe how gas prices had fallen for the week, careful readers would note that now is not the time to assume that prices will remain low. It is not the time to destroy facilities that can produce electricity and heat without burning natural gas or producing CO2.

Mothballed nuclear plants would provide their owners, and the nation, with a valuable hedge against natural gas price spikes and also prevent the permanent removal of large sources of emission-free electricity.

If plants are mothballed due to economic conditions that may be temporary, that action should be sufficient proof that the plant is deserving of the same kind of boost given to other non-emitting power sources. It should be treated as a new nuclear plant under the Clean Power Plan if [when] it is returned to commercial service.

The industry — possibly including INPO — and the NRC should establish the conditions necessary to economically and safely preserve nuclear plants in a condition that minimizes carrying costs while also providing an efficient method of restoring the plant to full operational condition.

The DOE might even lend a hand; they have some experience in laying up nuclear assets for later recovery. From all of the public communications I’ve heard from the DOE leadership, they should welcome a proposal that preserves proven nuclear production facilities at a moderate and affordable cost. 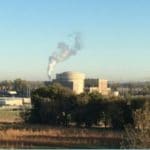 Less than a week after the newest U.S. nuclear reactor entered commercial service, one of the oldest nuclear reactors in the U.S.. the Ft Calhoun Station (FCS), shut down for good. Completed in 1974 for a total cost of less than $200 million – still twice the estimated cost – the plant has had its […] 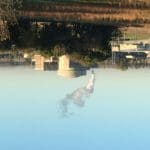 The Ft. Calhoun Station (FCS) is scheduled to shut down for good on Monday, October 24. The number of operating nuclear power reactors in the US will have been in the three digits again for a just one week. That event will be a tragic shame for the surrounding community, for a gradually growing portion […]

The California State Lands Commission meeting on June 28, 2016 included a number of articulate, knowledgable, rational and emotional talks by people who took time to attend the meeting and to deliver their public comments. Some had carefully prepared remarks, others spoke directly from their hearts. Some had a prop or a graph, others relied […] 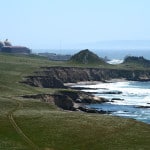 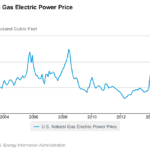 A few minutes ago, Exelon employees received an email from Chris Crane, the company CEO, announcing the company’s decision to permanently close three nuclear reactors that each produce 7-8 billion kilowatt hours of electricity each year without dumping a molecule of CO2 into the atmosphere. Even though the company reported 2015 after-tax earnings of approximately […]

Exelon, a corporation that I publicly “unfriended” in 2009, has apparently failed to receive the assistance it demanded by the May 31st deadline it imposed on the Illinois legislature. Aside: For reasons that aren’t obvious, Exelon’s public communications about financial difficulties affecting its nuclear plants rarely, if ever, mention the magnitude of the cost increases […]

I’m hoping to start a firestorm. Here’s a burning question that won’t allow me to sleep, so I’m going to be really selfish and try to share it with the world so that more people can lose some sleep in the process of trying to answer it. It’s a complicated question that has a number […]

Several of the therapists I have visited over the years have told me that I need to stop taking too much responsibility for events that are beyond my control. It’s not always easy advice to follow even for someone who has been aware of similar advice from the Serenity Prayer for the better part of […] 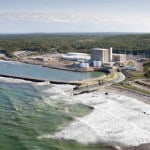 Once again, a full fledged member of “the nuclear industry” has determined that it will shut down an operating nuclear electricity generating station in a market where the available capacity is already tightening. Today, Entergy “regretfully” announced that it would stop operating the Pilgrim Nuclear Plant in Plymouth, MA. According to A Message from Bill […]

Meredith Angwin, who blogs at Yes Vermont Yankee and Northwest Clean Energy, was recently invited to talk with Pat McDonald on her television show called Vote for Vermont: Listening Beyond the Sound Bites. Angwin and McDonald covered a number of topics during the conversation. Meredith explained how we safely store used nuclear fuel, why some […]