Dr. Lindsay Krall is a geochemist currently working on projects characterizing the behavior of radioactive isotopes that will eventually be stored in a deep geologic repository being designed in Sweden for construction within the next decade. During a three year post doctoral period she worked under a MacArthur Foundation grant program to study the projected production of waste from small modular reactors. She received mentoring and guidance from Dr. Allison Macfarlane and Dr. Rodney Ewing, but performed most of the work as an individual researcher. As we discussed during this episode of the Atomic Show, the study topic was only marginally related to her academic and professional field.

During her post doc period, she presented various stages of her work at conferences and in journal articles. She told me that those progress reports generated few questions and apparently little interest.

But the final paper documenting her study results produced a minor eruption inside the world of people that are interested in the development and deployment of small modular reactors and advanced nuclear energy production systems. The paper, titled “Nuclear Waste from Small Modular Reactors” was published in the Proceedings of the National Academies of Science. It included the discussion-provoking conclusion that “SMRs will produce more voluminous and chemically/physically reactive waste than LWRs.”

Aside: I question the author’s choice to use the word “will” instead of “might”. There are far too many uncertainties and technology-specific conditions for such certainty. End Aside.

Unlike most of the thousands of study papers published in scientific journals each year, this one stimulated immediate attention with articles in mainstream outlets like Bloomberg, Reuters, The Globe and Mail, and the Register, presumably written by journalists that had access to a pre-print version of the paper. That active promotional effort was a bit of a surprise to the study’s primary author, though she had been advised by her coauthors to be ready for media inquiries.

Dan Yurman at Neutron Bytes published a detailed review of the paper.

The study focused on three SMR designs out of the dozens that are currently under development. The three selected systems included the 160 MWth version of the NuScale Power Module, a version of the Terrestrial Energy Integrated Molten Salt Reactor (IMSR) and the Toshiba 4S. Developers of the NuScale Power Module and the IMSR published prompt responses to the PNAS paper, the Toshiba 4S has not been under active development for at least half a decade.

Both of the responses challenged the study’s decision to use obsolete versions of designs that are still evolving and have not yet been built. They challenged some of the paper’s assumptions about neutron leakage and stated that it cannot be computed with simple volume-related equations. One statement from the paper received particular attention from Terrestrial Energy.

“Molten salt- and sodium-cooled SMRs will use highly corrosive and pyrophoric fuels and coolants that, following irradiation, will become highly radioactive.”

No reactor design proposes to use pyrophoric fuels and sodium coolant activity levels are generally low enough to allow it to be handled as low level waste.

One of the key study decisions received little attention in the widespread coverage about the study’s critical conclusions. For reasons of simplification, resources and study duration, the authors chose to ignore recycling, reuse, dilution and reprocessing, even though all of those waste reduction techniques are being actively researched as part of the DOE’s advanced reactor development program.

This study also neglects to consider reprocessing, recycling, and dilution because these treatments will not eliminate the need for the storage, transportation, treatment, and disposal of radioactive materials.

While it’s true that waste reduction techniques do not completely eliminate waste, that statement is incongruous in a paper that quantifies waste production and numerically compares it to existing systems.

Dr. Krall and I had an enlightening discussion about her work and some of the responses it has generated. She hopes that the paper will help to stimulate more work on the back end of new reactor development projects. She recognizes the value of nuclear energy and appreciates the fact that she is currently living in Scandinavia, where there are a relatively large number of operating nuclear reactors and not very much natural gas supplying electricity.

Note: This episode was planned to be produced in a more timely fashion after the paper was released, but production delays changed the schedule. After a couple of attempts that included a gross operator error (failing to push the record button) I met with Dr. Krall on October 26th to discuss her paper, its widespread distribution and the impacts of the paper’s results.

I hope you enjoy the episode and choose to participate in the discussion here.

The Assay is a media project of the 121 Group, based in Hong Kong, that serves investors, fund managers and analysts who are involved with and/or investing in a wide range of mining ventures. As part of their efforts to bring a greater understanding of the complex markets that control the prospects of mining ventures, The Assay TV produces a video series with CEO interviews from all over the world. On February 16, Adam Thompson hosted Rod Adams in a wide-ranging conversation about nuclear energy, uranium and the emergence of advanced nuclear designs in the coming years. This is the beginning of an exploration of the growing concerns about where and how the advanced nuclear sector will secure their projected fuel supplies and the impact of the growth of SMRs and Gen IV develop on uranium miners.

You can watch this interview with Rod by clicking on the above video or at Youtube here. 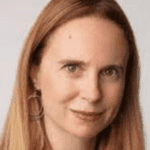 Deep Isolation is a young company developing solutions for “the nuclear waste issue.” They have built their solution option based on highly developed technologies used in the oil and gas drilling sector. Several decades ago, after discussing and evaluating several options, the world’s scientific and political communities came to a general consensus around the notion […] 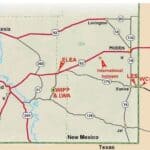 Dear Holtec and Interim Storage Partners: Both of you are actively pursuing permission from the US Nuclear Regulatory to build consolidated interim storage facilities in an area of southwest Texas and southeast New Mexico that seemed well suited for the purpose at the time that you began the process. Times have changed since then. One […] 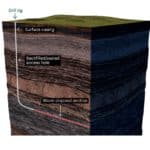 Liz Muller is a co-founder and the CEO of Deep Isolation, a company that makes the modest claim of having invented a solution to nuclear waste. The politically unsolved waste issue has plagued nuclear energy development since the mid 1970s. That was when it became abundantly clear that the original plan to recycle used fuel […]

(Reprint. Originally published September 17, 2013. During the 4.5 years since the original appeared, the licensing moratorium mentioned has been lifted, and the confidence rule has been replaced by Continued Storage of Spent Nuclear Fuel [NRC–2012–0246] but stubborn opposition arises in response to any proposed solutions.) During the 1970s, the antinuclear movement made a collective […]

During a recent House Energy and Commerce Committee hearing titled DOE Modernization: Advancing the Economic and National Security Benefits of America’s Nuclear Infrastructure there was an important exchange between Rep. Shimkus (R-IL) and Maria Korsnick, President and CEO of the Nuclear Energy Institute. So you don’t have to scroll through 4 hours of video, I […]

A two-page Policy Forum opinion piece titled Nuclear safety regulation in the post-Fukushima era: Flawed analyses underlie lax U.S. regulation of spent fuel by Edwin Lyman, Michael Schoeppner and Frank von Hippel appeared in the May 26, 2017 issue of Science Magazine, an outlet that has a public reputation as a reliable source of technical […]

Jake DeWitte and Caroline Cochran, the cofounders of Oklo, a start up company that is developing a 1-2 MWe nuclear reactor-based power system for remote areas, have been credited with drawing attention to a problem that can be solved by a government policy decision. “Nearly all advanced reactors have a need for low enriched fuel […] 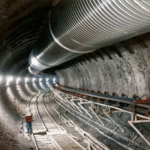 The first few words of the first bullet in the Department of Energy’s (DOE) section of the Trump Administration’s Budget Blueprint seem purposely chose to instigate maximum conflict. Provides $120 million to restart licensing activities for the Yucca Mountain nuclear waste repository This phrase, describing a spending item that represents just 0.4% of a $28 […]