On March 3, 2015, Arjun Makhijani testified in front of a committee of the Minnesota Senate. The committee was conducting an investigation on whether or not it should recommend lifting the state’s current moratorium on building new nuclear reactors. Here is the presentation that he prepared and delivered. During his recorded testimony, Makhijani falsely stated […] 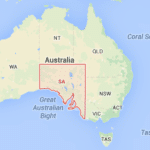 South Australian Sen. Sean Edwards sees economic opportunity for his state by taking advantage of other countries’ irrational fear of radioactive materials. He wants to turn what some call “waste” into wealth. He and his staff recognize that there are tens of billions of dollars set aside in government budgets around the world for safe […]

Several of the usual suspects — including Dr. Mark Cooper, Dr. Arjun Makhijani, and Diane Curran — have banded together to assert their opinion that the NRC’s recently issued NUREG-2157, Generic Environmental Impact Statement for Continued Storage of Spent Nuclear Fuel, violates the following provision of the Atomic Energy Act of 1954. In connection with […]

It’s time to declare that the default argument against nuclear energy has been proven invalid. We know how to effectively store and protect used nuclear fuel. We do it routinely. It is not unusually costly or a burden on future generations. They should be free to make their own decisions about how to make the […]

Though I have often received quizzical, almost uncomprehending looks from my type ‘A’ colleagues on submarines and in my other jobs, I’ve often been guided by a simple principal of decision-making – “If it’s too hard, quit.” Please don’t think that means I’m the type of person who can never get anything done or who […]

During a recent discussion thread on Atomic Insights, a frequent commenter cited a 1997 vintage Nuclear Regulatory Commission document as indicating — in his opinion — that there was always a chance that a spent fuel pool could experience an event that might release dangerous amounts of radioactive material. Besides the fact that the report […]

Yesterday, I posted a video clip showing Barbara Boxer berating the five NRC commissioners for 36 minutes during a hearing that lasted a little less than 2 hours. She used her gavel and power over the committee to dominate the session. The only mention she made of time was when she turned to the time […]

On Tuesday, May 27, 2014, the Nuclear Regulatory Commission voted to accept its professional staff’s recommendation to leave its current policy regarding spent fuel storage in place. Despite a large amount of public and political pressure, it will not require licensees to expedite the relocation of used nuclear fuel from carefully engineered and seismically qualified […]

This interaction between Congressman Shimkus and Secretary Moniz took place during a the Energy and Commerce Committee FY2015 DOE budget hearing on April 3, 2014. It’s too bad that hearings like this have strict time limits imposed on the questioners. There is a good reason why I would be exceedingly reluctant to accept any kind […]

The Nuclear Energy Institute is celebrating its victory for consumers, having convinced the DC Circuit Court and the US Court of Appeals for the DC Circuit Court to set the nuclear waste fee to zero until the federal government implements a new plan for used nuclear fuel. That victory will save each of the people […]

On Monday, Feb 24, the Nuclear Energy Institute (NEI) unveiled its Future of Energy advertising campaign with a press conference at the National Press Club. The campaign will stress four major aspects of nuclear energy that are not as well understood as they should be. It will talk about the importance of nuclear energy in […]

CNN has investigated and agrees with Atomic Insights regarding the political games that resulted Greg Jaczko being appointed to the Nuclear Regulatory Commission with the assignment to kill off the Yucca Mountain project. The following quote from the above video could have come directly off of one of the many articles about Greg Jaczko published […]