There was a thought provoking letter to the editor on DesMoinesRegister.com titled MidAmerican’s nuclear plant proposal puts risk on consumers that is worth bringing to the attention of nuclear industry decision makers and influencers. The author is a member of the Iowa Public Interest Research Group, a chapter of an organization that has been opposed to nuclear energy development since it was first founded by Ralph Nader.

However, the message is one that resonates with plenty of cost conscious Americans. MidAmerican Energy, a monopoly electric utility company owned indirectly by Warren Buffett, one of the richest men in the world, is seeking to be able to bill current consumers for construction-work-in-progress costs for a nuclear power plant for which they do not plan to make any commitments in the near future.

Though consumers might benefit if the project is completed by capable managers who exercise good cost and schedule controls, they are being asked to make a risky investment with an uncertain payout. In the world that is not controlled by monopolies and government regulations, that kind of investment is allowed, but it is rewarded with the prospect of significantly above average returns if everything works out.

In this case, the consumers are being put at risk of making small monthly payments for many years before being paid back with perhaps smaller, but longer lived monthly returns in the form of reduced power bills – starting in 8-15 years.

Unfortunately, the nuclear industry did not establish much basis for trust during the first wave of nuclear plant construction. Though many Americans are currently benefitting from far-sighted efforts to build nuclear plants in the 1960s and 1970s, it took a decade or more after the plants started operating before the benefits became apparent. The first thing that happened when the plants when commercial – in nearly every case – was an immediate filing of a new “rate case” in which the owner asked for an increase based on being able to finally put the nuclear plant into the “rate base”.

The message those repeated actions sent to the public, logically enough, was that building a new nuclear plant invariably equaled an increase in the cost of electricity. Many uncommitted members of the public had heard that there were some unknown risks associated with nuclear technology; many of the uncommitted decided that a technology with unknown risks and inevitably higher costs was not worth pursuing.

I know that the reality of electrical power costs is far more complex than that and involves reams of evidence, adjustments for fossil fuel costs, and various allowed rates of return on invested capital. However, if you want an instant eye roll experience, try explaining how power costs are determined to someone who simply asks why their bill is different this month from what it was last year at the same time.

I am also aware that the people who want to build new nuclear power plants are having a challenging time finding financing at a reasonable rate – in large part due to project risks that are imposed by the way that nuclear projects are regulated.

One commenter named George on the DesMoinesRegister.com letter to the editor suggested that a cooperative utility (co-op) model might work better for financing nuclear plants. That way the people who invest – or their beneficiaries – would be the ones who most directly benefit.

Here is my response to the original letter with a riff on George’s idea.

Though I am perhaps one of the most vocal nuclear supporters on the web, I have to agree with George. The cooperative model he describes is close to another financing model for new nuclear plants that I have suggested in the past – that of focused mutual funds for people who not only believe that nuclear energy is superior to its competitors, but who want to eventually profit when their technical evaluation of the alternatives proves to be true.

The people who want to build new nuclear plants are concerned about finding affordable financing. Many investors – large and small – that believe in nuclear energy and its potential to dominate the energy market want to find a diversified “pure play” where they can focus a portion of their portfolio. (Note: a diversified “pure play” on the technology would provide some protection to the fund from the risk of any particular project being mismanaged.) If the structure was a mutual fund, the size of the required investment could be well within the reach of anyone who buys stock funds for their retirement plan or their children’s college saving funds.

Yes, it takes a long time to develop a new nuclear power plant project from start to finish – though the subsequent projects of the same design can be completed in far less time. However, it also takes a long time to save for college or to plan for a retirement. There is patient money out there; the nuclear industry should be working to find it in places other than in state or federal capitals.

If there were such a fund – or even several such funds, there would also be a substantial group of interested people who would work hard to reduce one of the biggest risks associated with developing a nuclear project, the risk that temporarily elected government officials could arbitrarily decide not to allow the project to complete. Incomplete projects generate no revenue and leave big debts.

That has happened to the nuclear industry at least twice – the several billion dollar Barnwell nuclear fuel recycling plant was made illegal with President Carter’s Executive Order forbidding nuclear reprocessing in the United States. The $5.9 billion Shoreham Nuclear Plant on Long Island was completed and successfully conducted low power testing when some local governments refused to sign to the evacuation plan. The state of New York bought the plant for $1; customers are still paying some of the highest power rates in the country because the state also assumed responsibility for the debt.

It is not fair to rate payers in monopoly service territories to ask them to pay in advance for a power generation project where the utility itself has not made a firm commitment to do the hard work of finishing the plant and maintaining the public support required to prevent a political decision that stops revenue generation.

GE-Hitachi issued a press release on October 5 indicating that they will be working with DTE to determine the resource requirements and schedule for performing the detailed design work necessary to build an ESBWR (Economic Simplified Boiling Water Reactor) as Fermi Unit 3. Though DTE has not announced a decision to build the facility, it… 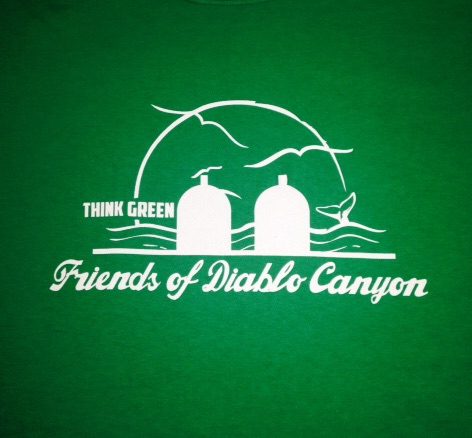 The ANS Nuclear Cafe recently posted the above video in a post titled Nuclear Cafe Matinee: Nuclear Recycling in 4 Minutes. It is a useful example of the kind of information that needs to be made more accessible to the public. I hope you share it widely, but more importantly, I hope it inspires you…

As a scientist whose career includes the management of a plutonium laboratory, I am keenly aware of the many attributes of plutonium. Over the years I have also learned that advice from nuclear critics about plutonium is consistently unreliable. The critics are again offering unreliable information to the Secretary of Energy about the disposition of…