The below originally appeared on April 28, 2011 in a Bulletin of Atomic Scientists roundtable discussion titled “Is nuclear energy different from other energy sources?” Charles’s contribution was titled “Mutually assured energy independence.” It was so good that I contacted Charles and obtained his permission to share his thoughts with a different audience.

For nuclear energy, its most unique characteristic is the massive energy output embodied in each kilogram of uranium fuel—nearly a million times the energy density of fossil fuels.

Every energy source has unique characteristics that deserve careful consideration and comparison. Renewable energy sources, such as wind turbines and solar panels, do not emit greenhouse gases but produce power intermittently and require large areas of land. Oil and gas are convenient and easily stored but are concentrated in limited locations, particularly in the Persian Gulf. Coal is abundant but massive quantities of materials must be processed, resulting in large-scale land disturbances and climate change.

Only 200 tons of milled uranium are needed to fuel a 1,000-megawatt nuclear reactor for a year. That makes the cost of uranium fuel only two to four percent of the final cost of the electricity. Low fuel costs and high energy density enable a country to affordably stockpile a couple years’ worth of nuclear fuel in a space no larger than a small warehouse. That can assure a country’s energy independence, which has major implications for war and peace.

Fighting over oil. Throughout the industrial age, nations have waged wars to gain control over energy sources. During World War I, the British fleet converted from coal to oil. But the British Empire had very little oil, so the British Indian Army invaded the northern Persian Gulf and in 1920 carved Iraq out of the Ottoman Empire. The newly formed state was strategically located halfway between British India and the British Suez Canal.

America’s introduction to energy security came on December 7, 1941, when the Japanese attacked Pearl Harbor. Japan was short on oil and concluded it had to take over Asian oil fields, but feared the US might block its actions. To prevent that, Japan launched its preemptive attack on Pearl Harbor, precipitating the US entry into World War II.

In 1953 America was drawn into the Middle East when the democratically elected government of Iran responded to a series of oil-company scandals by nationalizing all foreign oil holdings. The United States and Britain reacted by organizing a military coup, overthrowing the Iranian democracy, and establishing a monarchy.

In 1979, Iranian anger with the Shah and his foreign backers fueled the Iranian Revolution and the country’s anti-American sentiments. US alliances with other Arab monarchs, and with Saddam Hussein of Iraq, have had similarly troubled outcomes. US military forces are in the Middle East because Iran and Saudi Arabia each have the equivalent of about 300 billion barrels of recoverable oil and gas; Iraq has about 140 billion barrels; and Qatar has 180 billion barrels. These reserves are controlled by national oil companies where price and availability are political decisions. By comparison, Exxon Mobil and BP have combined reserves of less than 28 billion barrels.

Why is this relevant to nuclear energy? Japan’s nuclear power program can be traced to World War II, after which the Japanese concluded that war was not the right route to energy security. Similarly, the French nuclear power program is a consequence of the Algerian war, after which the French concluded that only fools would bet their future on Mideast oil. France and Japan chose nuclear energy, a difficult technology, not because it was popular but because the alternatives were worse. Nuclear power in these countries is part of a larger policy that includes high-speed electric trains, efficient vehicles, and other measures to reduce oil and gas consumption.

Environmental impacts. The high energy density of uranium not only makes it an affordable option for countries seeking energy independence, but also produces relatively small quantities of waste. Relative to the price of electricity, radioactive waste from power plants can be disposed of in geologic repositories at low cost; currently, this technology is used to dispose of hazardous chemical waste in Europe, and defense-related transuranic radioactive waste at the US Energy Department’s Waste Isolation Pilot Plant in New Mexico. With energy sources such as coal and gas, it is not possible to dispose of all waste — there is simply too much of it.

Nuclear energy’s environmental impacts can be more closely monitored than the impacts of other energy sources, because it’s easy to measure radioactivity at orders of magnitude below the levels hazardous to human health. The ability to detect radioactive contamination cheaply and quickly — and thus avoid it — is why no one has died of radiation in the Japanese accident; why the public health effects will be small; and why the Japanese will be able to fully clean up after the accident.

If measurements could be taken of the hazardous fallout from a chemical-plant fire, or the mercury emitted by coal-fired power plants, there would be a public outcry as those contaminants spread around the world. Hazardous non-radioactive fallout is noticeable, however, only when large numbers of people are visibly sickened. People are content to let scientists and epidemiologists sort out why some communities have high cancer levels — and whether chemical fallout might be responsible.

History suggests that nuclear power can be a force for peace, by removing energy demands as a cause for war. Western fears about oil supply have repeatedly led the United States and other nations into interventions in the Mideast. If the United States was not so dependent on oil, the country might not have intervened in Iran and neighboring countries — and the Middle East could be a very different place today.

The potential coupling of nuclear power and weapons can be reduced with strategies such as fuel leasing. Under this approach, major countries would produce nuclear fuel, lease that fuel to smaller countries, and take back spent fuel for disposal. Such a strategy requires international commitments to provide nuclear fuel to any country that meets nonproliferation obligations — not just current friends. To be successful, a fuel-leasing strategy also requires domestic waste-management systems that can accept small quantities of foreign spent nuclear fuel.

Comparisons of different energy sources show the total risks for nuclear power are lower than the alternatives—even after considering accidents. The concern about accidents follows from the concentrated wastes that are a consequence of a concentrated energy source. Accidents can never be eliminated, but they will become less likely as people learn from experience. Nuclear fuel is not controlled by unfriendly and unstable regimes. Only small amounts of nuclear material need to be handled to assure large quantities of energy. These are the fundamental characteristics of nuclear power, and remain the strongest argument on its behalf.

Dr. Charles Forsberg is the Executive Director for the MIT Nuclear Fuel Cycle Study. Before joining MIT he was a Corporate Fellow at Oak Ridge National Laboratory (ORNL). He is a Fellow of the American Nuclear Society and the American Association for the Advancement of Science. Dr. Forsberg received the 2002 American Nuclear Society Special Award for Innovative Nuclear Reactors, and in 2005 the American Institute of Chemical Engineers Robert E. Wilson Award in recognition of chemical engineering contributions to nuclear energy, including his work on reprocessing, waste management, repositories, and production of liquid fuels using nuclear energy. He holds 10 patents and has published more than 250 papers. 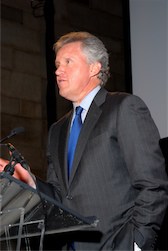 There has been a flurry of commentary on the web and on Atomic Insights as a result of a recent Financial Times interview of Jeff Immelt, the CEO of GE, that ran under the headline of GE Chief: Nuclear ‘hard to justify’. The article provides an informative insight into the motive for Immelt’s dismissal of… 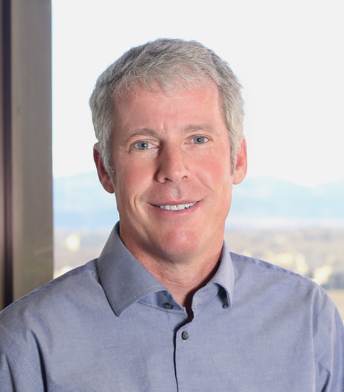 Watch more video from the CNN channel on Frequency Though I sometimes suffer from the blues, I am not crazy — I swear. Even though I am just a guy who often blogs in my PJs, I’m also pretty sure that I am not a nobody. In fact, none of us are nobodies, we are…

By Paul Lorenzini Two recent reports ought to frame the conundrum for environmental activists who oppose nuclear power and offer guidance for all who are concerned about carbon. Renewables and efficiency are not enough The first was BP’s Energy Outlook 2035. It challenges the prevailing narrative that has been driving the thought of many environmentalists…

I returned from the Nuclear Energy Insider International Advanced Reactor and SMR Summit with revived energy, optimism and passion for participating in an expanding effort to smooth and straighten the tortuous path associated with producing increased quantities of clean energy from atomic fission. The effort isn’t small, it isn’t narrowly focused, and it isn’t–by any…