I think renewable energy mythology is a clever distraction created by the same kinds of skilled product marketing experts who used to be employed to convince us that we could put a “tiger in our tank” by buying a certain brand of gasoline.
I will warn you. The post and the comment thread sucked me in and caused me to spend about 90 valuable minutes reading some, skimming some and calculating some. Visit the discussion at your own risk and with a large, fresh cup of coffee at your side. You might even want to dig up a pocket calculator or use the software version installed on your computer.

After working my way through the highly engaging technical discussion, I decided it might be useful to add some thoughts from a geopolitical and economic perspective. So I do not lose track of what I said there, I figured I would store a copy here to share with you.

As is often the case, I have been completely intrigued by the discussion and humbled by the mathematical and technical expertise of most of the contributors.

At risk of being considered slightly off topic, I would like to introduce the question of the source of funding and political power behind the incredibly successful sales job regarding wind and solar energy that we have all been subjected to for several decades.

Though it might seem counterintuitive, I strongly suspect that the marketing has not come from the counter culture environmentalists who are often credited with being the force that has opposed nuclear, supported arguments about climate change, and demanded increased portions of our power be produced by warm and fuzzy renewable energy sources like wind and solar.

Instead, I think renewable energy mythology is a clever distraction created by the same kinds of skilled product marketing experts who used to be employed to convince us that we could put a “tiger in our tank” by buying a certain brand of gasoline. It has been supported by the industrial economy establishment of people who benefit greatly from the nearly complete addiction to hydrocarbons that fuels modern society.

The wealth and power of that establishment was severely threatened by a tiny band of curious people who not only found that the nuclei of uranium and thorium contained 2 million times as much energy per unit mass as the most energy dense hydrocarbon, but they also created the machinery required to turn that energy into a commercially useful, competitive product a mere 15-20 years after it was first discovered.

In 1956, my favorite American President of the 20th century sent an envoy to the king of Saudi Arabia to tell him to stop supporting Egypt in the Suez Crisis or he would turn atomic energy loose in an effort to make oil irrelevant and worth far less as an economic bargaining chip. Warnings like that caused the fossil establishment to scramble and strategize for ways to derail the nuclear juggernaut that was inevitably going to take market share.

It took several decades of steady, well supported effort, but eventually that effort halted the growth of nuclear energy at its production level of about 12 million barrels of oil equivalent per day. That is roughly the same daily contribution to the world’s energy supply as the total output of Saudi Arabia PLUS the output of Kuwait. It took the established energy industry another decade and a half to encourage increased consumption enough to overcome the low prices created by the “over supply” produced by the uncontrolled introduction of that new energy into “their” energy market.

A part of the program was an effort to support the “research” of people like Amory Lovins, who has been called an energy guru for his constant refrains about taking “the soft energy path.” A part of the evidence for my story is the fact that this man, a college dropout from two schools, managed to publish a very lengthy piece in Foreign Affairs in 1976, just in time to influence the US Presidential election held that year. (Foreign Affairs is a publication supported by the fossil fuel establishment funded Council on Foreign Relations.)

The establishment is very much aware of the fact that wind and solar energy systems are material intensive and require government assistance. (That’s okay with companies like GE, Siemens, Iberdrola, and Vestas. They LIKE selling material and have always had excellent lobbying organizations.) The establishment is also quite aware of the inefficient gas burning required to support unreliable wind and solar. (That is okay with companies like ExxonMobil, Shell, Chevron, ConocoPhillips, Elf, Total, Anadarko, and Aramaco. They all sell substantial quantities of natural gas. Many of the multinational oil companies are about 50-50 in their energy output – 50% methane and 50% liquid hydrocarbons.)

In the meanwhile, nuclear energy languishes from lack of investment by the major market banking establishment. That is okay with them, most are holding huge quantities of paper associated with the capital intensive effort to locate, extract, transport, store, process, and deliver hydrocarbons to the world’s thirsty markets.

What is the answer to the conundrum I have posed – that nuclear energy threatens a very large and powerful establishment that has carefully sold the mirage that wind and solar are our saviors?

My answer is to remember that there are far more energy consumers than energy producers. There are very powerful potential allies who do not make their money from their association with the fossil fuel supply chain. We also have a huge energy density and low emission advantage that can overcome other issues. Nuclear fission is not just marginally better, but radically, disruptively better than all other alternatives.

As part of my personal action plan to begin chipping away at the establishment’s marketing plan of continued dependence on fossil fuels while being distracted by the mirage of a renewable energy future, I hosted a discussion with some nuclear energy communicators on the topic of advertising the benefits of our favorite power source. You can eavesdrop on that brainstorming session by visiting Atomic Show #166 – Nuclear Energy Advertising. 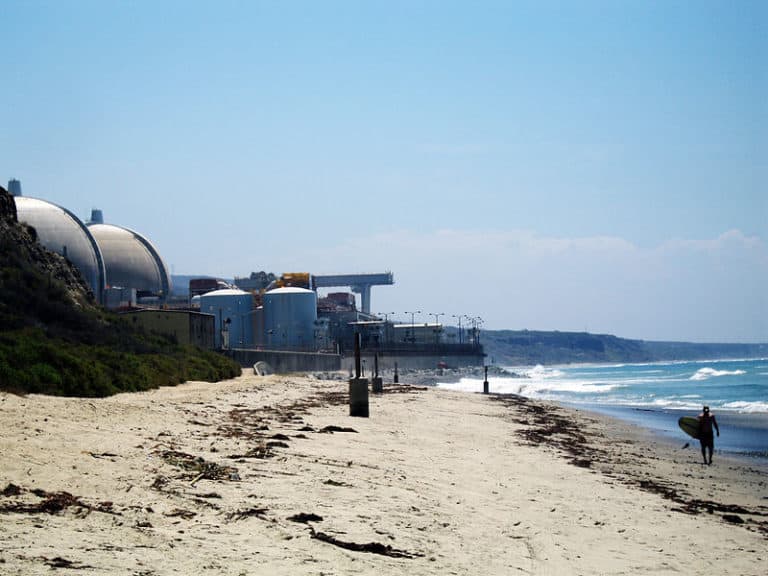 Cape Wind is the leading offshore wind energy project in the United States. In 2001, more than 12 years ago, Jim Gordon, the project founder, started the process of promoting his vision of a building a 430 MWe (peak capacity) field of 130 massive (rotor diameter – 110 m, hub height – 80 m, nacelle…

CBS TV 6, one of the television stations closest to the North Anna nuclear power station was allowed to take a tour to see the massive damage caused by one of the largest earthquakes that has ever occurred in the US east of the Mississippi River. Caution – the video you are about to see…

George Monbiot has recently published some thought provoking articles about the dilemmas facing people who are focused on protecting the natural environment. Those articles have made me think hard about trying to share my own thoughts on the matter, perhaps offering a way of overcoming at least some of the challenges. One of my favorite…

The US Senate Environment and Public Works Committee held a hearing on March 15, 2012 titled “Lessons from Fukushima One Year Later: NRC’s Implementation of Recommendations for Enhancing Nuclear Reactor Safety in the 21st Century.” The following video clip included some key points that bear repeating to all who wail and gnash their teeth about…