For the past few months, I have been rereading Ayn Rand’s Atlas Shrugged. Though the book was first published more than 50 years ago, it is remarkably prescient about some of the risks that society can face when too many people forget how to produce items of real value and quality.

It is a book that has been often misrepresented and misunderstood to be a full blown defense of greed, but the people who talk about it in that way have either overlooked or forgotten Rand’s detailed characterizations of sinister, establishment figures from industry, media, arts, and institutional science. They remember that Wesley Mooch was a government dispenser of goodies, but they forget that he was a well-connected business lobbyist before moving into government service.

My current effort with Atlas has been a slow read, especially compared to the first time I read it in college. Perhaps it is slow because I have a lot more things intruding on my time than I did then. I used to be able to devour a thick book in a matter of a week or so; I never have been much for watching television. Alternatively, it might be slow because I have lived a lot in the thirty years or so since the first read.

When I was in college, I breezed through some of the passages without giving them much thought. Since that time, I have met hundreds to thousands of fine people who would qualify for Rand’s praise as producers, but I have also had the disadvantage of having met and worked around some of the moochers. Some of the latter do everything in their power to accumulate wealth but most have no idea how to make or do anything of value. They accumulate money (which is different from true wealth, by the way) by manipulating numbers or markets or by effectively selling useless objects.

One of the underlying stories in Atlas Shrugged is the story of a search for a man who invented a magical motor that could run off of a force roughly equivalent to Tesla’s dark energy. Rand was no scientist or engineer. In addition, Atlas Shrugged was first published in 1957 – the same year that the Shippingport nuclear power station became the United States’s first commercial nuclear power plant. 1957 was only two years after the USS Nautilus first started demonstrating the almost magical qualities of a motor powered using uranium.

Rand might have chosen a different motive force for Galt’s magical motor if she had understood much about nuclear energy. After spending years in a fruitless search for sufficient capital to develop my own version of a magical motor (visit Adams Atomic Engines for more details about that endeavor), I have often thought about how frightened members of the establishment have worked really hard to hamstring development of disruptive nuclear energy technology by discrediting the developers.

During internet discussions with people actively working against nuclear energy, it generally takes just one or two exchanges before I am accused of being a shill who is somehow selling out future generations in exchange for current payments. In Atlas one of the common refrains from the people who fear producers – a category that includes both prosperous, portly members of the establishment and those moochers who believe that their poverty is somehow caused by someone else’s productive wealth – is that the industrialists who make valuable products are only driven by greed. That refrain is meant to try to control the producers by making them feel guilty for their success.

About midway through the book, the moochers are plotting the implementation of a draconian rule of law that will make it illegal for anyone to stop producing useful goods they are already producing, to start a new business, to raise wages, to cut service, to lower prices, to raise prices, or to produce new works of art. The plotters who think this new directive is a good idea are a bit like the people on Wall Street who mistakenly think of themselves as the smartest guys in the room or the masters of the universe.

I can envision similar meetings happening among those groups of people who actively organize to fight the development of nuclear energy because of the number of established interests that the technology threatens. I would not be surprised to find out that such meetings have been going on ever since Shippingport demonstrated that allowing the expanded development of nuclear energy meant reduced sales for fossil fuel.

As discussion in Atlas continues about Directive Number 10-289, the order that centralizes all power and tries to stop all development, there is a passage that offered me a tremendous surge of hope with regard to the Second Atomic Age, the era that most people call the Nuclear Renaissance. As the plotters maneuver to ensure that they will benefit by the effects of the Directive, they recognize that their plot might not work due to an almost uncontrollable opponent.

Dr. Ferris “…God knows what is liable to happen at a hysterical time like the present and in a situation as delicate as this. Anything can throw everything off balance. Blow up the whole works. And if there’s anyone who wants to do it, he does. He does and can. He knows the real issue, he knows the things which must not be said – and he is not afraid to say them. He knows the one dangerous, fatally dangerous weapon. He is our deadliest adversary.”

Lawson stared blankly. “What do you mean and whom are you talking about?”

“I mean that there is no way to disarm any man,” said Dr. Ferris, “except through guilt.”

I’ve read and reread that passage and the surrounding material because I see another parallel between the imaginary world that Rand created and the real world in which a magical motor has been suppressed.

One of the reasons that the movement in opposition to nuclear energy has had so much success is that many of the leading technologists who really understood the power they had unleashed for the use of human society were wracked with guilt over the fact that the technology had also been put to destructive use. Some of the very best were involved in the bomb development programs. They could never quite get over nuclear weapons related guilt and never did a very good job of explaining the benefits of nuclear energy.

The part that gives me optimism is that there are more and more real leaders who recognize the benefits of nuclear energy and do not feel any restricting guilt at all. We are starting to see people like Stewart Brand, Mark Lynas, Will Davis, George Monbiot, Suzy Hobbs and Barry Brook stand up to the negative sales techniques of the competition to share real information.

Truth eventually does win; as my hiking buddy’s bumper sticker says “Reality bats last.” Fuel sources like uranium and thorium that each can produce two million times as much energy per unit mass as oil and do it without releasing any CO2, SOx, NOx, or fine particulates to the atmosphere cannot be victims of suppressed development for much longer.

Bottom line – nukes have nothing to feel guilty about. We are the worst nightmare for the people who want to maintain the deception that there is something bad about developing clean, safe, incredibly abundant, and emission free power to share with as many of the world’s people as possible.

For the past few days, a number of guiltless nukes have been engaging with antinuclear activists on the Facebook wall credited to Christie Brinkley. Most of us know full well that we are not engaged with Christie, but with a professional publicist, but the discussions have been useful practice for sharing accurate information in short, interesting, digestible bites.

I also want to give a shout out to Adam Curry and John C. Dvorak, the hosts of the No Agenda podcast. I do not always agree with what they say, but they have helped me to recognize how intertwined the advertiser supported media is with propagating the establishment, pro fossil fuel agenda.

I’ll admit it. There are some confusing things happening in the energy business, especially concerning nuclear power. I promised to translate information about the business and the technology into something you could use. I have been struggling for several days to digest and synthesize a wide range of recent developments. Last week, the Finnish company…

The Nuclear Energy Institute (NEI) hosted its biannual Small Reactor Forum on February 25, 2014. The agenda for the one day event included six well-organized sessions with presentations from three small reactor vendors, the industry trade group, the regulatory agency, and several outside observers with a significant interest in the technology from a variety of…

On Atomic Show #230, I talked with Alex Epstein, the author of The Moral Case for Fossil Fuels. Some of the things I told Alex during that show intrigued him enough to ask me to be a guest on his Power Hour show. That show has now been published as Power Hour: Rod Adams on… 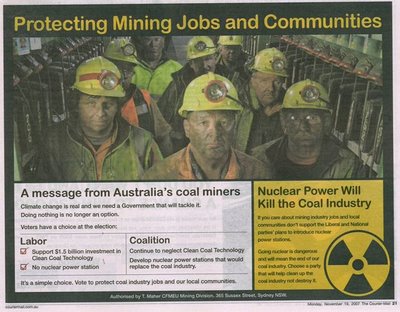 About 15 months ago, I wrote a blog titled Means, Motive and Opportunity – Who Discouraged US Nuclear Developments? After several intense and interesting conversations during the past three days, I decided that it was time to update that post and provide some additional information. Please take a few minutes to follow the link for…

This recent interview on Platts Energy Week makes it clear that low natural gas prices in North America are partially responsible for pushing nuclear power plants off of the grid. Natural gas prices in the US are about 1/3 of global average prices; in any other commodity market, that would be a clear indication of…