As a lazy man who likes to repurpose his work whenever possible, I want to share a note that I just sent to some of my nuclear friends who question my analysis about the actions of fossil fuel interests to restrain the growth of nuclear energy.

Rod, I have never been a big fan of conspiracy theories. Particularly those that claim the fossil fuel industry is blocking nuclear power. I think most industrialists are about making money.

The leaders of all commodity businesses spend a good deal of time thinking about things like “overcapacity”, “supply and demand”, erecting barriers to entry, and beating their competition. You are correct that they are “about making money”, but the rise and fall of market prices as a result of those factors play a huge role in how much money they make each day.

That is not “conspiracy theory” talk anymore than it would be conspiracy theory talk to note that members of the New York Giants spend tens of hours per week, even during their off season, studying “film” of their opponents, trying to identify weaknesses and figuring out ways to take advantage of their own strengths in order to come up with as many Ws as possible.

Unlike most nuclear people, I have spent a fair amount of time in board rooms, strategy sessions, marketing meetings, and investor presentations. In addition, I developed a hobby of investing and reading the business press when I was just a plebe at the Naval Academy.

Here is a short story from Daniel Yergin’s The Prize, one of the seminal books on the energy industry.

“At the beginning of the 1960s, Iraq revoked 99.5% of he concession held by Iraq Petroleum Company, the company originally created by Calouste Gulbenkian, leaving it only the region where it was actually producing oil. The IPC in turn ceased investing in new exploration and production in that area. The result was that Iraqi output, which could have surged along with Iran’s and Saudi Arabia’s creating an impossible problem of allocation, only edged up gradually through the 1960s.

At one point during those years, Oman, at the southeast corner of the Arabian Peninsula, emerged as a very interesting oil play. Standard Oil of New Jersey, as might be expected, had the chance to get in. But when the issue came up in the company’s executive committee, Howard Page recommended against it. He had spent so much time negotiating with the Saudis and the Iranians that it required little effort on his part to conceive of how furious they would be. He could well imagine, in particular, what Yamani (longtime Saudi oil minister) would say to him if Jersey and Aramco sought to restrain Saudi output to make room for production from a new concession in a neighboring country. That would surely contradict Jersey’s principle number one, which was not to do anything that “would endanger our Aramco (Saudi Arabia) concession.”

But the members of Jersey’s production department disagreed with Page. After all, they were geologists, and as far as they were concerned, discovering and developing new reserves was what it was all about. Their ambition was to find new elephants, and they were very excited about Oman. “I am sure there is a 10 billion barrel oil field there,” a geologist who had just returned from Oman told the executive committee.

“Well then,” replied Page, “I am absolutely sure we don’t want to go into it, and that settles it. I might put some money in if I was sure we weren’t going to get some oil, but not if we are going to get oil because we are liable to lose the Aramco concession.” With that logic, Jersey stayed out of Oman. the geologists, however, were right. Oman did become a significant oil producer, with Shell in the lead.”

It is only a very minor step in logic to realize that at least some of the people in the oil and gas industry might have gone one step further than Page did. How difficult would it have been for Standard Oil to invest some money to buy the rights to drill and then NOT find any oil – at least officially. That would allow them to convince the world that they had explored Oman and found nothing of value. That way, they could have delayed the production and not had to compete for markets against the increased volume of oil.

Take one more step in logic to realize that at the same time (1960s) that people in oil and gas company boardrooms were worried about finding markets for increasing volumes of oil and gas from new plays around the world, the nuclear industry was ramping up. Even with all of the well funded opposition that it has faced, nuclear energy now supplies the world with the energy equivalent of 12 million barrels of oil per day, roughly equal to the energy output of Saudi Arabia and Kuwait combined.

Of course, the earth is in a far different condition today than it was in the 1960s. We are no longer discovering any readily accessible “elephants”. Many analysts believe we are either past, at or very near peak oil production. Though there is a temporary glut in natural gas in the United States, that is not true around the world. As I wrote in yesterday’s Atomic Insights post, many of the logical reasons why fossil fuel interests opposed nuclear energy development for so long have been overcome by events. Now, if they want to continue to prosper into the future, they need to be shifting some of their capital in a more productive direction.

Today an IFR would be seen as a big risk – not only capital cost but also FOAK risks. This almost certainly means that governments have to provide protection before private industry will take those risks.

I am too much of a libertarian to believe that governments should (or will) step in to provide funds or protection for nuclear energy. I would be happy if they simply stopped doing the bidding of oil, coal and gas (plus certain well established “nuclear” interests) by doing everything they can think of to slow down the expansion of nuclear energy.

My wife and I just spent a glorious weekend with some old friends who were entertaining a number of people I had never met at their lake house. As I too often do when socializing over adult beverages, I got engaged in a conversation about energy. One of the participants stated that he thought that…

The Bulletin of the Atomic Scientists has just published an open letter to President Obama that offers opinions on how to solve various pressing problems. I’d like to riff on that letter and suggest that we should be pursuing ways to use one problem to solve another one. According to the BAS, there is a…

I keep hearing people talk about how much new natural gas supply horizontal drilling and hydraulic fracturing has provided to the US energy market. They keep telling me that is the reason that US gas prices have stubbornly remained at levels about 1/6th to 1/3 the levels in Europe, Japan and India. The ads –… 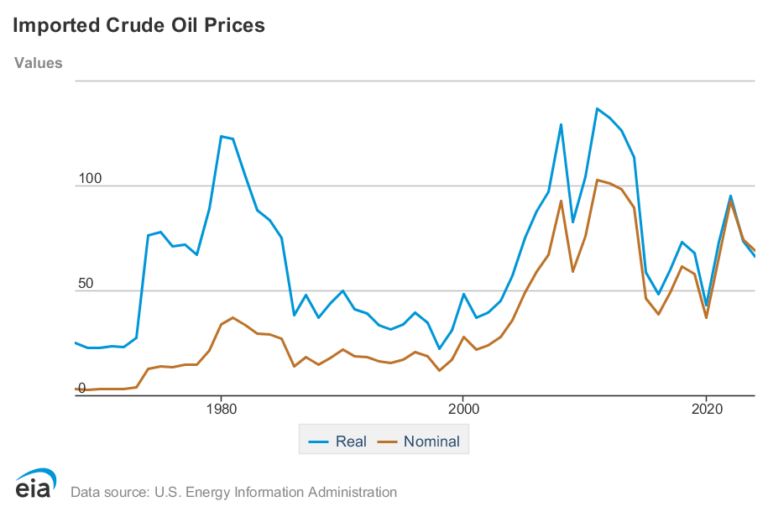 Petroleum – a term includes oil, gas and derivatives – wells have been going dry for more than 150 years. Until the late 2000s, the solution to that problem of resource depletion has been to find a new place to drill. We now have the alternative of drilling deeper and using hydraulic fracturing techniques to…