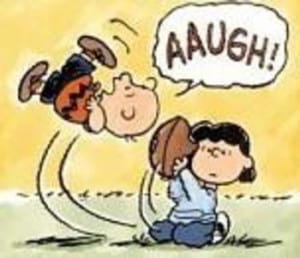 Proving the Principle provides some wonderful and inspiring stories about the days when the United States had a place where atomic tinkerers could explore new ideas and test those ideas…
Several times in the past week, I have pointed out just how much money is involved in pushing people to act in certain ways in response to the threat of…
Watch the latest business video at video.foxbusiness.com Jerry Taylor of the Cato Institute, a self proclaimed libertarian think tank, recently visited Fox Business to explain his opposition to nuclear energy….

I came across a fascinating little book by Richard Meehan titled The Atom and the Fault: Experts, Earthquakes and Nuclear Power. It was published in 1984 by MIT University Press.

Meehan is a geotechnical engineer who participated in several controversial nuclear plant projects in California, including Bodega Head, Malibu, and Diablo Canyon. Though the book discusses all of those projects, its unifying narrative centers around the six year long effort to renew the license for the GE Test Reactor at Vallecitos.

That reactor, first licensed in 1957, was issued a 20-year operating license; it was a test reactor, not a power reactor.

Aside: The 5 MWe GE Test Reactor at Vallecitos initially operated as a power producing facility. In 1963, GE decided to stop producing electricity with the plant, apparently for economic reasons. The NRC issued a possession only license. Later, the company recognized an opportunity to supply medical isotopes and reactivated the license. This history might provide a useful precedent for operating license recovery. End Aside.

In 1976, just before its license renewal was due, some enterprising geologists discovered a discontinuity in the ground a few hundred meters from the plant. The plant, which was supplying about 50% of the medical isotopes used in the US was issued a “Show Cause” order that required proof that it was adequately safe before it could continue operating.

That process required six years of research, arguments, reports, and hearings. By the time it was over, GE had lost its isotope market to Canadian suppliers.

As both observer and participant in the acrimonious discussions, Meehan developed an understanding that reason and education were not the cure that some believed they should be. He recognized that science was almost as adversarial a profession as law, especially when it came to what he called an “historical science” like geology.

He recognized that there were certain facts that could be discovered, but there were as many interpretations of those facts as there were scientists involved in the discussion. He saw how fruitless it became to attempt to resolve disputes by involving more scientists or more research; all that did was to expand the controversy at great expense.

In the preface to his book, Meehan freely admitted that his company enjoyed increasing revenues associated with geologic controversies.

By the early 1970s we were heavily involved in consulting work for the utilities, assisting them in evaluating geologic hazards at proposed (or existing) nuclear power plant sites. It seemed that throughout much of the western United States, what might appear to the traditional utility engineer as immovable bedrock wasn’t immovable after all.
…
Suddenly, the spotlight searched for geologists. And there we were. We became experts on finding and evaluating these geologic faults. We tried to stick to our original standards. Truth. Honesty. Good science. Good engineering. We explored the ground by digging miles of trenches, inspecting the earth inch by inch. We were terrestrial pathologists looking for cancer cells in the bones of the earth. We spun theories about various flaws that we encountered tin the geological fabric. We testified in Nuclear Regulatory Commission hearings.
(p. xi)

He also made it clear that he was not a disinterested historian or bystander in the controversies he documents and attempts to explain.

The innocent reader should be warned that this book is a participant’s account and in that sense can be accused of lacking objectivity, whatever that may be. But let the readers who are concerned with my objectivity be assert that my aim is not to convert them to a pro- or antinuclear point of view, for I am indifferent to that question. My objective is more ambitious; I aim to raise a more fundamental issue. That is, in what ways can honesty and objectivity among scientific experts actually exist?

I’ll probably come back to provide additional information related to Meehan’s work, but there is one passage that stands out as something that needs to be logged now as a smoking gun. The below quote begins on page 41.

To those geologists who believed the site unsuitable, Yerkes and Wentworth from the USGS and Barclay Kamb from Cal Tech, the site could be accurately described as being “within a fault zone.” As Kamb described it: “The disturbed zone at Malibu passes directly beneath the proposed reactor installation… In relation to the possible range of exposure to fault hazards in southern California, the Malibu site ranks as among the more hazardous possible.”

These words were music to the ears of the Malibu landowners who had banded together to oppose the project. One of them, former Richfield Oil president Frank Morgan, arranged a gala picnic on the site, nominally sponsored by the American Association of Petroleum Geologists. Geologist members, having been treated to beer and steaks were led to inspect some open trenches, then invited to sign a petition stating that the site was unsafe for a nuclear power plant. A hundred or so signatures were collected. To the utility geologists making detailed studies of the trenches, this beery performance was a disgrace to geological professionalism. Fifteen years later, casual mention of the AAPG picnic incident could still evoke a passionate condemnation of the lack of professionalism of petroleum geologists from one of the geologists who had been involved on Los Angeles Department of water and Power’s behalf. Suspicions still linger that the whole affair was a plot on the part of the oil companies to destroy nuclear power.
(Emphasis added.)

Meehan and Douglas Hamilton, his partner, developed their geologic/geotechnical consulting company partly based on the attention gained in helping to determine the cause of the Baldwin Hills reservoir collapse. They published an influential article the April 23, 1971 issue of Science titled Ground Rupture in Baldwin Hills: Injection of fluids into the ground for oil recovery and waste disposal triggers surface faulting.

The History Channel produced a video documenting the tragic event, which occurred on December 14, 1963.

The Baldwin Dam failure was one of the seminal events that stimulated the interest in catastrophic consequences of not paying proper attention to geology in construction. That event focused attention on the impact of oil and gas extraction on fault movement.

Somehow, by the late 1970s the issue of how oil and gas extraction affects geologic stability and puts its neighbors at risk was submerged in all of the attention paid to the allegations that nuclear plants were too weak to be constructed in a geologically active area.

It’s not often that the Atomic Show has the chance to be a source of breaking news, but this show includes a timely report from Ben Heard in Adelaide, South Australia. Just an hour before our show began, the South Australia Nuclear Fuel Cycle Royal Commission issued the tentative findings from the investigative effort begun…

(Reprint. Originally published September 17, 2013. During the 4.5 years since the original appeared, the licensing moratorium mentioned has been lifted, and the confidence rule has been replaced by Continued Storage of Spent Nuclear Fuel [NRC–2012–0246] but stubborn opposition arises in response to any proposed solutions.) During the 1970s, the antinuclear movement made a collective…

Dick Armey is a former US Congressman (Republican) who now serves as the chairman of FreedomWorks, a conservative, issues-based organization founded in 1984 that includes “full time staff in ten states and over 800,000 grassroots volunteers nationwide.” (quote from the organization’s “About Us” page). The tag line for the group’s web site is “Lower taxes,…

The New York Times published an article on Sunday, June 26, 2011 titled Insiders Sound an Alarm Amid a Natural Gas Rush. The article quotes a number of emails from natural gas industry insiders, financial analysts that cover the gas industry and skeptical geologists to produce a number of questions about the long term viability…