An article titled “US sweetens pot to study siting for spent nuke fuel storage” was published in the January 26, 2023 edition of the Washington Post. The article included a paragraph that credited “environmentalists” as being the main source of opposition to construction of consolidated interim spent fuel (CISF) storage facilities that are either licensed or in the final stages of the approval process.

“Despite opposition from environmentalists, Biden and his top energy officials have pointed to nuclear power as essential to achieving their goals of producing carbon-free electricity over the next decade.” (Emphasis added)

The Post’s article didn’t mention that the oil and gas industry is a major participant in the fight against construction of CISFs in the Permian Basin. It acknowledged that oil and gas dominate the local economy (and presumably the local politics.)

Southeastern New Mexico officials testified that building the complex would bring jobs and diversify the region’s economy, which is fueled now by oil and gas development that spans the Permian Basin.

The article didn’t remind readers that oil and gas have strong economic motives to fight facilities that help nuclear energy to address “the waste issue.” That topic comes up in almost every conversation about nuclear energy; it is often used to discourage new nuclear power plant projects. Oil and [particularly] gas compete with nuclear energy for shares of the lucrative electricity and heat markets.

Here is a headline from the Carlsbad Argus:

“Companies representing New Mexico’s nation-leading oil and gas industry in the Permian Basin became the latest opponents of nuclear waste storage in the region as two private companies proposed to do so.”

There is a growing public record of communications between oil and gas interests and the Nuclear Regulator Commission on the topic of CISF licensing.

On April 1, 2021 a spokesperson for NRC Chair Chris Hanson responded to an email from a representative of an oil and gas production company. That email included a clear statement about concerns of “fossil fuel folks” regarding spent fuel storage in the Permian Basin.

It’s probably kind of odd – having a meeting with all fossil fuel folks – but they have their concerns. I look forward to hearing from you! Let me know if you have any questions or if I can get you any additional information.

To its credit, the NRC denied the request for special access and attention.

Fasken Oil and Ranch’s opposition to Permian Basin CISFs is nothing new. They formally registered their opposition in a July 30, 2018 letter to the NRC Office of Spent Fuel Management.

Two activists have met with Midland leaders, including representatives from Fasken Oil and Ranch, County Com­missioner Randy Prude and U.S. Rep. August Pfluger, to discuss what they see as the solution to Texas’ nuclear waste problem.

All too often, publications like the Washington Post repeat incorrect, but conventional wisdom statements indicating that “environmentalists” are the sole source of organized nuclear opposition. Whenever appropriate, people that support nuclear energy and favor fair competition among energy sources should seek to correct the error of omission.

“Environmental” NGOs are often loud and visible opponents of nuclear energy, but oil and gas interests know that nuclear energy poses a far greater economic threat to their wealth and power than do other alternative energy sources.

During the contentious effort that resulted in passage of the Atomic Energy Act of 1946, Sen Eugene D. Milliken (R-CO) played an important role in establishing an attempted US government monopoly over all atomic energy information.

During the House-Senate conference committee to resolve differences between versions of the bill passed by the two legislative bodies, Milliken gave a speech lasting 90 minutes that supported the highly restrictive Senate version of patent provisions.

Byron Miller, one of the people most responsible for writing the law and shepherding its passage described Milliken’s actions favorably.

After a careful study of the objections raised in the House, he concluded that the Senate section alonie could both preserve the secrecy sought by other sections of the bill and serve the public interest in a field developed entirely at taxpayers’ expense.

Some called the patent provisions that Milliken defended “socialistic”. Others said they threatened the end of the American patent and free enterprise system. Milliken argued that the provisions were necessary to protect the interests of taxpayers by preventing private industry from profiting off of the technology.

Government ownership of all patentable information related to atomic energy helped discourage private investment and development. For eight years, the US invested only a tiny fraction of its vast atomic engineering and science budget in programs aimed at developing atomic energy as a future power source.

Without any support, it was impossible to design and build systems that could compete in the markets dominated by coal, oil and natural gas.

Until the patent section of AEA46 was revised by the Atomic Energy Act of 1954, no commercial enterprise made any investments in developing useful atomic energy.

Even though Milliken passionately defended patent provisions that had raised strenuous objections from groups ranging from the American Bar Association and the National Association of Manufacturers to the House Patent Committee, there no evidence of opponents accusing him of having special interest reasons for handicapping useful atomic energy.

Later on, in 1949, Millikin sought to maintain America’s policy of not sharing any atomic energy information with anyone, including Canada and the UK, its closest allies. The security barriers preventing information exchange extended past weapons-related information; they included industrially useful atomic information. At the time, both Canada and the UK were actively pursuing power reactor development.

Looking back from our distant position in history, I’ve learned that Millikin had financial reasons to impede technological breakthroughs that might reduce demand for oil and gas.

Before his election to the Senate, Millikin had served as the president of Kinney-Coastal Oil. He was also part of an oil shale claims partnership that included Karl C. Schuyler, Sr. and George A. Taff. (Shell Oil Co. v. Kleppe, 426 F. Supp. 894 (D. Colo. 1977)

Those extensive leases were subjected to a number of challenges over several decades. Legal challenges were grounded that these claims did not constitute discoveries of a valuable mineral deposit pursuant to 30 U.S.C. § 22 et seq.

Challengers made the argument that shale deposits had no value because they could not be profitably extracted and marketed using available technology and existing market prices. (Shell Oil Co. v. Kleppe, 426 F. Supp. 894 (D. Colo. 1977)

As a Senator, Millikin supported a federal synthetic fuels program, which was aimed at producing useful liquid fuels from shale (kerogen) and coal. That program showed that oil shale had value because it could be mined and converted into useful liquid fuels.

There’s little doubt that Sen. Millikin understood energy’s important role in our industrial economy. Even though he was a self-proclaimed conservative, he advocated for governmental suppression of atomic energy development. He also supported federal programs that might make his own holdings in oil and gas leases more valuable.

Most historical interpretations of the political turmoil over atomic energy control during 1945-1946 focus on the topics of international control schemes, military versus civilian governance, and control of militarily useful atomic secrets. Few, if any, focus on the way that the resulting legislation and governance choices imposed an important delay in efforts to put atomic energy to use in serving humanity.

While my research and broad-based reading on this topic will continue, I felt the need to stop and document a specific, intriguing story that qualifies as a smoking gun.

Note: On Atomic Insights, ‘smoking gun’ is a category of posts that document instances of nuclear opposition that can be directly tied to the desires of competitive industries to maintain their market share. It also applies to individuals whose wealth and power is directly tied to continuation of the Hydrocarbon Economy. 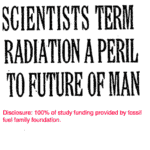 On December 8, 1953 President Eisenhower announced to the UN that the US knew how to harness atomic energy to produce useful power. He stated that the US was willing to widely share that knowledge. He described an especially intriguing possibility of using atomic energy to bring power to the “power-starved areas of the world.” […]

In a break from its historical tactic of quietly enabling surrogates, the US petroleum industry has started to openly engage in battles to suppress use of atomic fission. The Ohio division of the American Petroleum Institute (API Ohio) recently issued a press release urging members of the “Ohio legislature to reject legislation that would subsidize […]

The Beaver Valley (PA) Times has published an important article titled Group forms to oppose bailout of struggling nuclear power industry. That article needs to be read and retained by those of us who believe that existing nuclear plants are important pillars of the U.S. electricity supply network that is often called “the grid.” The […] 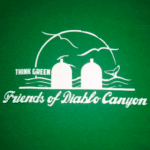 Ken Silverstein posted a thought-provoking piece on Forbes.com titled Being ‘Good Neighbors’ And Staying Out Of Print Motivates Companies To Be Environmental Stewards. The following quote stimulated me to provide a slightly different interpretation and expansion on the reasons why companies and investors large and small are often actively involved in the environmental movement. And […]

In my continuing efforts to produce a narrative about the way that the public was taught to be afraid of ionizing radiation, no matter how low the dose, I came across an interesting write up in the Rockefeller Foundation Annual Report for 1958. Here is some important temporal context. The Foundation Board of Trustees asked […] 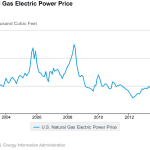 Yesterday, I wrote a quick post that linked a recently issued UBS report’s negative views about the economic viability of merchant nuclear power plants in the US to UBS’s large portfolio of troubled loans to companies involved in various aspects of the natural gas extraction technique known as “fracing” (alternatively spelled as fracking in many […]

UBS Investment Bank holds a large portfolio of loans to companies involved in extracting natural gas using the combination of horizontal drilling and hydraulic fracturing. Because of the healthy fees associated with generating those loans initially, UBS, along with several other large investment banks, supported drilling programs for production that was not justified by the […] 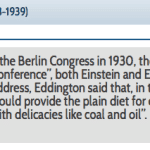