An article titled Fukushima inspires safety features for Georgia nuclear reactors is a recent addition to CNN’s Powering the Planet series. It is packed full of misinformation about nuclear energy along with subtle and not so subtle promotion of natural gas, one of nuclear energy’s strongest competitors. The most important misinformation in the article is […]

I’ve been involved in a reasoned discussion with an oil field accountant / attorney about US natural gas prices and total resource base. I thought that it would be worth preserving and sharing that discussion here so that it would not get buried. If you read closely between the lines, you will see why I […]

A commenter on my last smoking gun report claimed that it did not provide direct evidence of antinuclear activity by the beneficiaries – in that case, the people selling LNG tankers to a market that is growing because of the forced shutdown of operable nuclear power plants in Japan and Germany. Today I ran across […]

It’s been a while since my last ‘smoking gun’ report so it might be worth a brief reminder of what that categorization means. For Atomic Insights, the tag ‘smoking gun’ means a story that includes evidence of fossil fuel related interests working to oppose nuclear energy development, usually at a specific project. Some of the […]

I came across an article on RosBusinessConsulting titled Russia floods global markets with O&G that supports my theory that at least some of more crafty segments of the world’s oil and gas providers recognize the return on investment (ROI) available to them from steady efforts to stoke irrational fears about the use of nuclear energy. […] 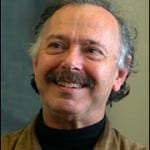 Richard Muller has a lot in common with Amory Lovins. They both received MacArthur Foundation Fellowships (aka “Genius Grants”) several decades ago – Muller in 1982 and Lovins in 1993. They both get a lot of attention from the commercial media and from elected politicians. They both were active members of large environmental groups early […]

On February 2, 2012, the Sierra Club allowed a Time magazine blog to break a poorly kept “secret” whose existence had threatened to get out of hand. In a post titled Exclusive: How the Sierra Club Took Millions From the Natural Gas Industry—and Why They Stopped Bryan Walsh described how one of the oldest, largest, […]

On January 9, 2012, The Nicholas School of the Environment at Duke University held a hydrofracking workshop. The organizers invited a number of speakers from both industry and academia to discuss a contentious, but important energy issue from a variety of perspectives. You can read about the workshop on TheGreenGrok on a post titled Minds […] 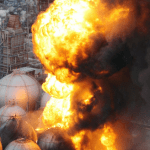 As an undergraduate, I was trained to read between the lines and to interpret the words on the page in context with the author’s background and intent. With that in mind, I see an interesting marketing plan in between the following words from page 31 of ExxonMobil’s 2012 The Outlook for Energy: A View to […] 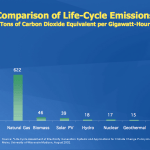 An article in The Guardian titled UK’s faith in nuclear power threatens renewables, says German energy expert is full of evidence of the alliance between natural gas salesmen and the advocates of unreliable sources of energy like wind and solar in an effort to discourage the use of nuclear energy for economic, market-based reasons. Jochen […] 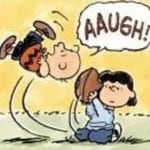 Proving the Principle provides some wonderful and inspiring stories about the days when the United States had a place where atomic tinkerers could explore new ideas and test those ideas with real reactors and real materials. It also provides some insights about the economically and politically motivated reasons that a place with those characteristics no […]

A ‘smoking gun’ article is one that reveals a direct connection between a fossil fuel or alternative energy system promoter and a strongly antinuclear attitude. One of my guiding theories about energy is that a great deal of the discussion about safety, cost, and waste disposal is really a cover for a normal business activity […]