BrightSource Energy’s 377 MWe (net at peak) Ivanpah solar thermal power station officially opened on February 13, 2014. Secretary Earnest Moniz, in a rather amusing turn of phrase, called the plant a “shining example of how the United States is becoming a world leader in solar energy.” With more than 340,000 computer controlled mirrors spread […]

Allow me to share a couple of examples of surprising talent from my alma mater. Ray Ban Vision Go Navy, Beat Army! 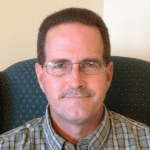 Please remember that this is the month of Movember, a time to help raise funds for organizations that are fighting health issues that are not often discussed – prostate and testicular cancer. Please honor the men in your life. If you have ever wondered how you can say thank you for the information and value […] 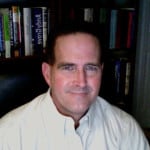 Part of my persona and my “brand” is a hairy upper lip. In the past 31 years, I have only been clean shaven for a few days in Movember 2009. The occasion for that loss of mustache event was an opportunity to bring attention to men’s health issues by helping the Movember campaign to raise […]

A friend on Twitter posted a link to this song; the beat and the graphics helped to put me into a contemplative mood.

No time for comments – I need to get ready for my day job, but I thought this 13 minute video showing the recovery work at Fukushima was important enough to share immediately. 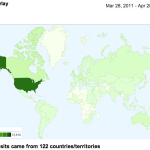 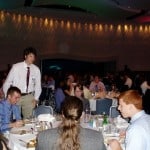 From April 14-16, I spent time with some amazing people getting reenergized about nuclear energy technologies. The occasion was the American Nuclear Society (ANS) 2011 Student Conference, held in Atlanta, GA, right in the heart of the continuing nuclear energy revival movement in the United States. More than 600 students from as far away as […]

The Atomic Insights Blog has been published here on Blogger since March of 2005. It has been a great host at a terrific price. Who can beat free? However, there are some limitations to the format and the expandability. Some of my friends have also teased me about having an outdated, old fashioned looking lay […]

Two weeks ago, I wrote an article titled Nuclear plant issues in Japan are the least of their worries that attempted to provide a realistic prediction of the worst case consequences of the one-two punch from a very large earthquake and tsunami on a large nuclear power station on the coast of Japan. It has […]

***MEDIA ADVISORY*** NUCLEAR REGULATORY COMMISSION TO HOLD PUBLIC MEETING ON NRC RESPONSE TO RECENT JAPAN EVENT The U.S. Nuclear Regulatory Commission will be briefed by its staff on the NRC’s response to the ongoing nuclear event in Japan in a public meeting on March 21 at 9 a.m. at NRC Headquarters, 11555 Rockville Pike, Rockville, […]