GE-Hitachi issued a press release on October 5 indicating that they will be working with DTE to determine the resource requirements and schedule for performing the detailed design work necessary to build an ESBWR (Economic Simplified Boiling Water Reactor) as Fermi Unit 3.

Though DTE has not announced a decision to build the facility, it received its COL (construction and operating license) in April 2015.

Cooperating with GE-Hitachi on detailed design work would enable DTE to move more quickly into a construction project if it decides that the facility’s production capacity is needed and that the ESBWR represents the best available choice to fill the need. That decision is a complex one that takes into account many factors in addition to the projected levelized cost of electricity from the completed nuclear power plant.

My assumption is that DTE’s reluctance to commit to building the plant is related to the intensive political discussion in Michigan regarding the future structure of the electricity market.

Though Michigan initially deregulated its wholesale market in 2000, the legislature revised the law in 2008 to implement a hybrid system that limits participation in a customer choice program to 10% of the total load of any of the existing monopoly utility companies. Because the choice program was most beneficial for larger customers, the 10% load cap means that about 0.5% of the customers currently participate.

There is an 11,000 customer-long waiting list and some pressure on the legislature to increase the portion of the market subject to competition. On the other side of the discussion, utility suppliers like DTE are in favor of eliminating the hybrid system and going back to a fully regulated market. They point out that the current law allows choice customers to change their selection without much notice.

That complicates long range capacity planning. It allows lucky customers to take advantage of an over-supplied regional market up to the point where the excess capacity disappears and prices begin to climb. If a substantial portion of the choice customers switch their selection, the utilities that are required to serve them would not have included their demand in their capacity planning. The choice customers would not have paid their share of the capacity additions.

As a result of the slowly accelerating economic recovery and dramatic drop in the price of oil, the regionally important automotive industry is growing and adding its demand to the increasing need for new capacity. There are a number of relatively small, old coal fired power plants that are likely to be shut down instead of retrofitted to meet increasingly stringent air pollution control requirements.

The treatment of new nuclear power plants under the Clean Power Plan provides additional support for a decision to build Fermi 3; states get credit for the emission free nature of nuclear energy. A single project that can produce close to 10 billion kilowatt-hours of clean electricity each year will make a large impact on Michigan’s ability to comply with the plan.

If the legislature provides more clarity about the future of electricity regulation, the likelihood of DTE making a final investment decision to build Fermi Unit 3 will increase.

That means there is a reasonably high probability that Fermi Unit 3 will remain the lead ESBWR and that my speculation about North Anna Unit 3 moving into the lead role was premature.

That project is still about two years behind Fermi Unit 3; according to the currently published review schedule, the final Safety Evaluation Report (SER) issuance is targeted for April 2017 and the final Commission decision on issuing a COL does not yet have a scheduled target date.

The North Anna 3 COL review schedule page was last reviewed on September 28, so it is only a little more than a week old.

Two years ago, NuScale committed to filing a license application for its eponymous SMR design with U.S. regulators by the end of 2016. Just three months before two company executives used a custom pen on the cover letter of the ~12,000 page design certification application, even NuScale insiders were doubtful that the task could be… 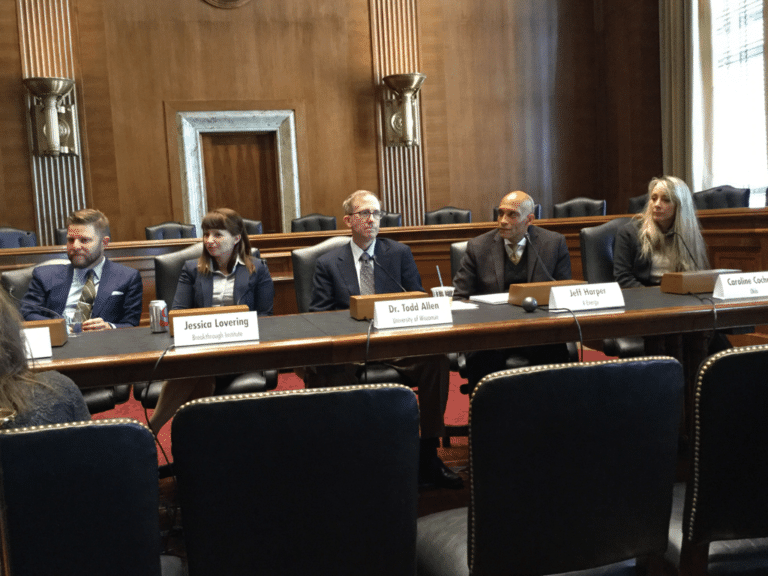 In late March, Senator Lisa Murkowski and her staff played host to some of the leading thinkers in the growing community of people who believe that nuclear energy is too important to fail without trying to do things both differently and better. The occasion of the meeting was the introduction and release of a new…

Aaron Zahn, the interim managing director and CEO of the Jacksonville Electric Authority (JEA), believes it is time to give up on the Vogtle expansion project. On August 17, he sent a letter to James Fuller, the President and CEO of of MEAG (Municipal Electric Authority of Georgia) Power detailing his company’s desire to rid…