Yesterday, the New Jersey senate held hearings lasting more than three hours on proposed legislation that would force Oyster Creek, the oldest currently operating nuclear power plant in the United States, to install cooling towers. The plant currently operates with the required steam condenser cooling water being drawn from a local surface water supply and then returned to that water supply somewhat warmer than it was before. There are limits assigned to the amount of temperature rise allowed and to the maximum discharge temperature. 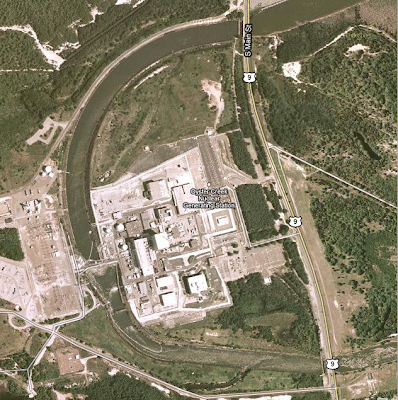 No water is lost in the process other than the slight increase in water that evaporates due to the elevated temperatures, but the process operates at a temperature that is well below the boiling point and there is no purposeful evaporation in a once through cooling system. In my technical opinion, that is a less environmentally damaging way to provide cooling to a Rankine Cycle heat engine (aka steam plant) than using the most common form of cooling towers, which are known as evaporative cooling towers. With once through cooling, the plant operator does not add any chemicals to the cooling water stream, and for a variety of reasons has great incentives to strain the water through well designed screen systems to keep creatures and plant matter from entering the plant condensers.

In contrast, evaporative cooling towers are purposefully designed to take advantage of the latent heat of vaporization to increase the cooling efficiency, so they cause about 5% of the water used in cooling to be lost in the vapor that you see pouring out of the cooling towers. That makeup water has to come from somewhere; in most cases that I know of, it is fresh water that is drawn from local aquifers in competition with other fresh water uses. That vapor can also be a local problem – it is fresh water, to be sure, but it can result in a higher than normal incidence of fog creation. Most automobile drivers do not particularly enjoy driving in restricted visibility, so if the plant is near a major highway, it can be an irritant. In addition, it makes economic sense to add some chemicals to the cooling system to inhibit algae growth and corrosion. Some of these chemicals get released to the environment through a process called windage where some water droplets – with their dissolved chemicals – get blown out of the towers. That is not a big issue, but it is something of concern for local bodies of water or for people who farm or live close to the towers.

Finally – cooling towers are butt ugly monstrosities and are iconic symbols of nuclear power plants that bring to mind the mushroom cloud shape of an atomic explosion.

The ONLY reason to require a nuclear power plant that is using cooling from a local body of water that has a sufficient natural flow to overcome the quantity of heat that is added by the cooling process – something that is subject to a relatively simple computation – is to add cost and reduce the competitive position of the plant. If you hear about an organized effort to force the use of a cooling tower – unless the plant is located on a limited body of water – you can be reasonably assured that the group working the issue is composed of people who do not like nuclear energy, people who build cooling towers, and people who sell competitive sources of power.

Here is some food for thought from an Associated Press article published a few hours ago about the New Jersey controversy over Oyster Creek: 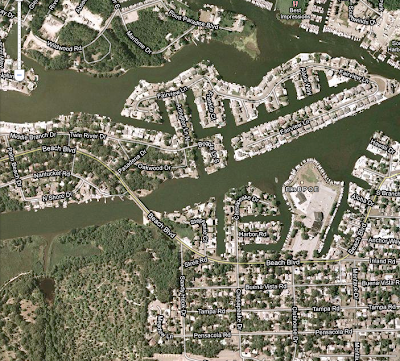 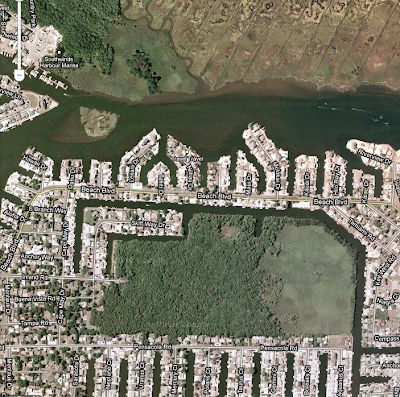 Environmental (I disagree with this designation) groups want to see cooling towers built, saying they would reduce the need for cooling water from the bay and prevent destruction of marine life. The towers would cut the impact from returning heated water to the bay by about three-fourths, according to environmental group estimates.

The bay generates an estimated $3 to $4 billion in fishing and recreational tourism per year. 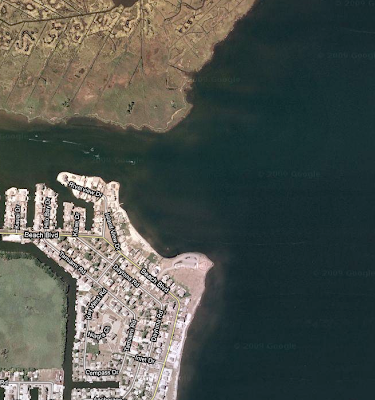 Let me parse that for you. The plant in question is the country’s oldest operating nuclear power plant; it began operating in 1969! It has been discharging its warm water into Oyster Creek – which is just a few miles from the Atlantic Ocean – for 40 years. I want to share a few satellite photos of the area with you borrowed from Google Maps. Please help me identify the environmental damage that this 40 year old plant must have caused – other than helping to attract local development that appears to have led to some impressive prosperity.

The photos are a virtual flight along the creek to the opening to the Barnegat Bay, which has direct contact with the Atlantic Ocean and regularly exchanges water with that rather impressively large heat sink. As you can see from the photos, the area is not exactly pristine, but it sure seems like the local residents enjoy their water access and have not rejected the water quality or environmental conditions that have developed as Oyster Creek has continued to operate and provide reliable, emission free power at a very competitive cost for the past 40 years. 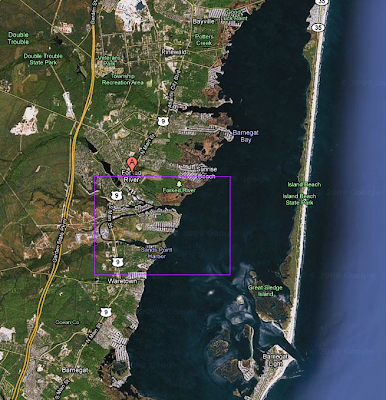