I received an email from Tom Popik, the founder of the Foundation for Resilient Societies a few days ago. The email was addressed to a selection of people who blog favorably about nuclear energy. For some odd reason, Tom thought that we might be interested in supporting the petition for rulemaking that his organization has filed with the Nuclear Regulatory Commission.

That proposed rulemaking would add backup power and cooling water source requirements for used fuel pools to enable them to operate unattended for at least two years following a loss of all offsite power. One of the proposed technologies advocated for this capability is a large array of solar panels with battery back up.

As you might imagine, I find the whole notion ridiculous and I told Tom that when I responded to his email. Used fuel pools are adequately supplied with cooling systems, there is no reason to think that any system should be able to operate without human intervention for 2 years, solar power systems have designed failures every 12 hours or so, and even if used fuel pools did lose their water, there would not be a risk to the public. Based on the results of the theory to practice event in the spent fuel pool of Fukushima unit 4, loss of water causes locally high radiation levels due to the loss of shielding, but that is about the extent of the real effects.

The fuel in that pool did not suffer any damage, despite all word to the contrary from the breathless, but technically ignorant, sources of initial information. Though the Chairman of the US Nuclear Regulatory Commission announced that the pools were dry and at risk of catching fire, his statements were issued when there was still some conflicting data being released.

After several exchanges, I decided that it would be a good idea to invite Tom onto The Atomic Show to allow him to share his worries and to give me a chance to challenge his assumptions in a public forum. Unlike many critics of nuclear energy, Tom took me up on the challenge. I hope you enjoy the show. I would be happy to hear your thoughts on whether you thought it was a valuable exercise.

Should I try to invite more nuclear doubters or outright opponents onto the show? During a discussion on Margaret Harding’s 4 Factor Consulting Blog, someone suggested a debate between me and Arnie Gundersen of Fairewinds Consulting. What do you think?

On Thursday, October 8 and Friday, October 9, the US Nuclear Regulator Commission hosted a workshop to discuss generic issues related to licensing of small and medium-sized nuclear reactors. The meeting was billed as the first in a series on the topic. The NRC managers responsible for Advanced Reactors organized the meeting because they have… 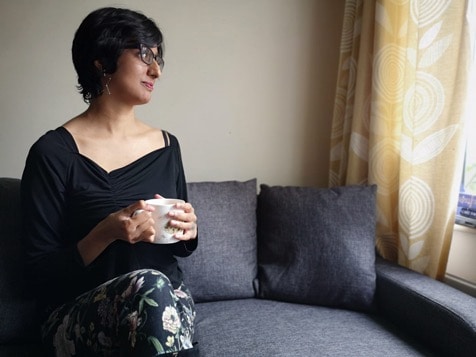 Zion Lights is a formally trained science communicator, author of a carefully researched book titled The Ultimate Guide to Green Parenting, and an experienced environmental activist who worked for a year as a spokesperson for Extinction Rebellion. About a month ago, she began openly advocating for an expansion of nuclear energy as a major tool…

As a literature major during my undergraduate years, I was fascinated by the variety of stories that can be told about the same topic depending on the author’s selected point of view. Here is a brief example. Friends of the Earth (FOE) has a page on its web site titled Shutting down Diablo Canyon. The…