Many days have passed since the last post here. Those of you who follow @Atomicrod on Twitter know that I have neither disappeared nor retired completely from the fray.

After the 4th of July, you should begin seeing more frequent, but still irregular updates here.

A word of advice based on recent learning experiences; I’ll never ever imply that stay at home parents don’t work. It’s an assignment full of varied, rewarding, exhausting and occasionally frustrating tasks. That combo makes it a lot like work.

Our charges return to the custody of their parents this weekend.

That October 19th declaration changed the status of the reactor from a capital construction project to a working asset. That status change has an impact on accounting, revenue and rate calculations.

On Saturday, October 22, Watts Bar 2, the newest reactor in the US operating fleet, was shut down and remains in that condition today – 5 days later.

No information about the shutdown has appeared in any of my normal news feeds. Yesterday, I recieved a comment from Erica Gray, a well-know antinuclear activist from Virginia, on my Forbes.com blog post about the Watts Bar 2 capital construction project completion.

She noted that the NRC reactor status reports were showing a 0 for Watts Bar, saying she’s lost count of the number of times that has happened already.

I contacted Jim Hopson, the Manager of Public Relations at TVA to find out why the plant wasn’t operating. Here is his explanation.

On Saturday, October 22, operators at TVA¹s Watts Bar station took Unit 2 offline to conduct a precautionary inspection of one of the main bank transformers in the station¹s switchyard.

The affected transformer is associated with Unit 2¹s electrical output and does not impact nuclear or public safety. The current transformer issue is not related to a transformer fire that occurred on August 30.

TVA is conducting a thorough evaluation of the transformer in order to ensure ongoing safe operation prior to restarting Unit 2. Unit 1 was unaffected and continues to operate at 100 percent power.

I reminded Mr. Hopson that he had informed me that the recovery process from the August 30 fire had included a thorough inspection of all of the components that might have been affected by that fire. I asked if the transformer of current concern had been inspected.

Hopson told me that the transformer of concern on Oct 22 was close to where the Aug 30 fire had occurred and that it had been inspected during the recovery effort. At the time, there had not been any damage detected. He concluded with the following statement.

At this point, there is no evidence that the current transformer issue is related to the August 30 fire, however we are continuing our investigation.

The nuclear industry must learn that it needs to do a better job of helping people understand its value. That also means that it should be the first to begin explaining its inevitable challenges.

No power source or machine is perfect. It isn’t a secret that the nuclear power industry has well-trained, experienced opponents eager to jump on any mistake or challenge. They know how to find intriguing information from the NRC public web sites.

They will frame any story they find as negatively as possible. If there is no other source of information made readily available, their version is the one that will stick in the public’s mind.

Atomic Insights is tracking too many consequential energy stories this week to cover them with individual posts. Here is a rundown with some brief or not so brief commentary. Update: Just a few moments after posting, I opened a press release from the US Nuclear Infrastructure Council (NIC) announcing the results of a DOE Funding […]

About a week ago, my UPI energy update feed provided an attention-grabbing headline Major reserve discovery confirmed in Golan Heights. The story subtitle was even more intriguing. Leadership of company behind the find seen as close to Israeli Prime Minister Netanyahu. According to the story, exploratory wells drilled by Genie Energy’s Israeli subsidiary, Afek Oil […] 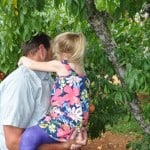 It’s been a busy week, but the following stories appeared on the Atomic Insights radar and are being tracked for additional information. President Obama has revealed the names of the people that he intends to submit to the Senate for confirmation as NRC commissioners to replace the recently retired Commissioner Apostolakis and soon-to-depart Commissioner Magwood. […]

Here are some items worth watching or listening to when you have some free time: On January 28, the Colbert Report included an interview with Michael Shellenberger of The Breakthrough Institute. Colbert introduced Michael as “an environmentalist who believes in nuclear energy. Finally, liberals who glow in the dark.” On January 30, Mark Lynas, a […]

On Friday, Nov 16, I wrote about the potential impact of applying a “peanut butter spread” sequestration algorithm to the NRC budget. (I spent a few years as a government budget analyst, so I sometimes speak the lingo.) If the accountants at the Office of Management and Budget continue on their proposed path, the NRC […]