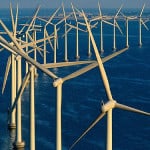 Guest post by Andy Dawson One anti-nuclear argument that’s frequently made is that nuclear is slow to deploy – that renewables can make inroads into carbon production rather faster than can building new nuclear stations. I was recently provoked into taking a look at this, in the context of the UK’s 2020 and 2030 CO2 […] 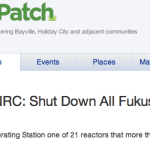 One of the more powerful concepts that I studied in college was called “groupthink.” The curriculum developers in the history department at the US Naval Academy thought it was important for people in training to become leaders in the US Navy learn to seek counsel and advice from as broad a range of sources as […] 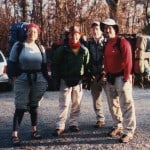 My new word for the energy sources popularly known as “renewables” is “unreliables”. Though there may be some tiny exceptions, the general characteristic is that they are all diffuse sources that cannot actually be controlled by humans or automated control systems. One of the main reasons that energy has been a huge political topic since […] 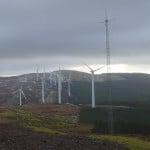 While driving home after a great Labor Day weekend with friends and family, we ran into scattered showers. My wife helped me figure out the switches that control the timing of the intermittent windshield wipers for both the front and rear windows. (She is the primary driver for our recently purchased family vehicle; I had […]

Yesterday, Vermont Governor Peter Shumulin appeared on Democracy Now to talk about the effect of Hurricane Irene on his Green Mountain State. Twice in the interview, he used the words irrational, but throughout the interview he and his interviewer were remarkably illogical. Though many parts of his state were being washed away by raging floods […] 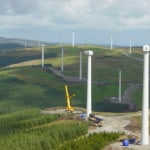 Guest Post by Willem Post The Green Mountain Power (GMP)-instigated 63 MW Lowell wind turbine facility with (21) 3 MW Danish wind turbines stretched along 4 miles of ridge lines has nothing to do with community-scale wind, everything with utility-scale wind. GMP is using blatant PR to soft-soap/deceive Vermonters. It is a capital intensive (63 […] 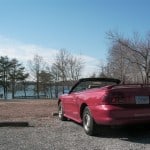 I deliberately chose a provocative title to discuss a theory that surprises nearly everyone. Though full of many sincere and hard working people who are trying to make the world a cleaner and more human friendly place, I believe that most of the really big and well-funded non-profit organizations that claim to be working for […] 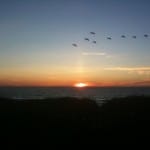 The famous project to install 130 massive industrial wind turbines in the Nantucket Sound off of the coast of Massachusetts has hit another stumbling block. Financing for the project was dependent on approval of an application for a large Department of Energy loan guarantee, but the project has been notified that their application is no […]

Ajax Eastman has just published a piece on the Baltimore Chronicle, non-profit, internet only news site. Ajax’s article, titled Pulling Back the Curtain on Wind Power is one of the clearest, most concise explanations for why building massive turbines is a dumb idea that is only being done because there are large, misdirected expenditures of […]