Amy Myers Jaffe has written an opinion piece for the Wall Street Journal titled Shale Gas Will Rock the World. The teaser for the article is as follows: “Huge discoveries of natural gas promise to shake up the energy markets and geopolitics. And that’s just for starters.”

There is no doubt that Ms. Jaffe and I see the world through different lenses that enable us to draw significantly different conclusions. We are probably about the same age – she graduated from Princeton in 1980 with a Bachelor of Arts in Near Eastern Studies and Arabic. I graduated from the US Naval Academy in 1981 with a Bachelor of Science in English. Our careers have both been focused on energy – she has an impressive CV with hundreds of publications and presentations and is currently the Wallace S. Wilson Fellow in Energy Studies, James A. Baker III Institute for Public Policy, Rice University. My title is far less impressive and my CV is rather limited.

However, while Ms. Jaffe has focused most of her work on publishing academic studies related to petroleum and natural gas, I have focused mine on operating, maintaining, designing, and financing systems powered by uranium with a smattering of thorium and plutonium research thrown in. Her recent opinion piece – though appearing as a business news article – indicates that she is enthralled by the potential impact of shale gas “discoveries”. (That is her word, even though geologists have known about extensive shale formations for very long time and even though William Hart drilled the first natural gas well into the Marcellus shale formation in 1821.)

Ms. Hart believes that the possibility that the United States has 1,000 trillion cubic feet of potentially accessible natural gas locked inside known shale formations is a revolutionary development. She excitedly proclaims that resource could provide 45 years worth of supply to the United States – conveniently neglecting to include the significant caveat of at current rates of consumption.

(Aside: The United States consumes slightly more than 21 trillion cubic feet of natural gas each year to produce about 20% of our electricity, a tiny fraction of our transportation requirements, and about 2/3 of our residential heating supplies. The total energy supply from natural gas in 2009 was 23 Quads (quadrillion BTU) out of a total energy consumption of 95 Quads. End Aside.) 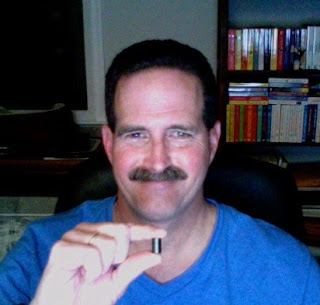 I have three tiny pellet of simulated uranium dioxide sitting on my desk. They keep me inspired by the fact that the three of them together represent the same amount of energy as 51,000 cubic feet of natural gas. I also get inspired by the fact that those three pellets, in the form of fully manufactured and quality controlled commercial nuclear fuel provide heat that costs $0.47 per million BTU. Most recently available monthly price for natural gas supplied to electrical power producers (Jan 2010) is $6.97 per million BTU.

Ms. Jaffe mentions in her article that the COST for extracting natural gas from the Barnett Shale formation using hydraulic fracturing technology was about $5 per million BTU in the 1990s. She indicated that she is confident that major oil companies could cut that cost down to $2 per million BTU in other formations – if they tried really hard and if regulators can be convinced to ease up in an area where the gas industry already has exemptions from national standards like the Clean Water Act. (She did not phrase it that way, but read the article carefully to see what I mean.)

I can imagine a world where many current uses of petroleum and natural gas are directly replaced by fission or electricity produced from fission heat. I used to go to sea on vessels with abundant, safe and emission-free power supplied entirely by fission. I am confident that a world with a growing fission enterprise would be a cleaner, safer, and more prosperous place that could look forward to depending on an energy source with plenty of room for technological improvement. I am also confident that the supply of that energy source is sufficient to last for thousands of years.

I can imagine, but would not enjoy, a world where extensive hydraulic fracturing was being used to maintain a supply of natural gas that might displace some coal and oil but would be depleted about the time that my life here on earth would be over. (My grandmother lived to be 97; my great grandmother lived to be 101. I am just 50 years old, so a 45 year supply does not sound like very much to me, especially if the runway gets shorter as the rate of consumption increases due to attempting to displace other hydrocarbons.) Based on Ms. Jaffe’s list of associations, I am pretty sure that she has a lot more friends who would benefit by the latter scenario than I do. I have never lived in Texas, never worked around the petroleum industry and do not hold an academic chair at one of the premier petroleum engineering schools in the country.

Just in case you decide that you see the world through lenses that are more similar to mine than to Ms. Jaffe’s, you might want to also read Rebecca Smith’s piece that appeared in the same issue of the Wall Street Journal as Ms. Jaffe’s – How to Invest in Nuclear Power. I also liked the teaser for her article Assuming you have a strong heart, here’s some advice on how to pick wisely.

One more thing – I suppose that Ms. Jaffe’s headline could be considered to be literally correct. If you happen to be standing directly above a place where hydraulic fracturing is being used to stimulate gas flow, you just might feel the world rock a bit.