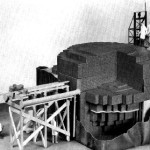 By: Cal Abel (submitted for publication on December 2, 2011, but slightly delayed by an inept editor.) Today marks the 69th anniversary of CP-1 criticality and 54th anniversary of Shippingport criticality. Perhaps with too much time to think I wrote some thoughts and observations about my brief experience with nuclear power. It began in 1996 […] 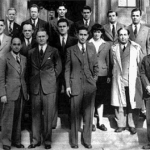 On December 2, 1942, a small team of scientists and technicians methodically pulled neutron absorbing rods out of a carefully stacked pile of graphite bricks and natural uranium/uranium oxide spheres. The pile has been assembled in just a few weeks with a total project budget in the range of a few hundred thousand dollars. The […] 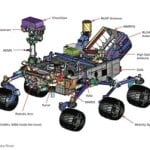 I have been fascinated by radioisotope thermal generators (RTGs), aka nuclear batteries, ever since I saw a display at the Maryland Science Center in Baltimore’s Inner Harbor sometime in the early 1990s. In that energy exhibit, there was a tiny RTG that was designed to power a cardiac pacemaker. What impressed me the most was […]

Kirk Sorensen is an inspiring speaker and teacher who is motivated by an incredible vision. As he eloquently describes in the video below, he has excavated and dusted off ideas and documentation from the archives at Oak Ridge National Laboratory about using thorium in molten salt reactors. According to back of the envelope calculations by […]

On October 10, 2011, Thorium Remix became publicly available. The video is worth watching – there is a lot more information than can actually be squeezed into five minutes, so the headline of this post is actually a bit of a tease.

I’ll admit my bias – my father spent his whole career in the business of making electricity. I learned very early in life just how important that job is. Some of the unsung heroes that I have celebrated over the years include the linemen who restored our electricity nearly two weeks after Hurricane Hugo decimated […]

Ray has released the final chapter of the Shoreham documentary. He has also established a store on CafePress.com that features merchandise and artwork. The proceeds from any purchases will help support the documentary artist as well as the educational efforts of PopAtomic Studios. I hope you enjoyed this production. There appears to be a burst […]

This segment of the Shoreham documentary lays some of the groundwork for the interviews that will be a part of the story. James and Ray spent a lot of time in libraries and press vaults finding material and identifying potential candidates that could provide views from various perspectives. Interview candidates mentioned are Michio Kaku, who […]

Though many casual observers of the nuclear energy industry in the US believe that Three Mile Island and a fear of “The China Syndrome” are the root cause of our 35 year hiatus in new nuclear plant construction, perceptive observers more often point to the Shoreham Syndrome as the more important contributing cause. Shoreham was […]

One of the most useful ways to overcome fear of the unknown is to gain knowledge about the source of the fear. There have been a lot of scary sounding reports recently about the state of the nuclear fuel cores inside the pressure vessels at Fukushima Daiichi units 1, 2, and 3. Many of them […] 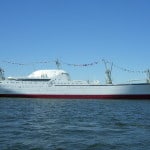 (Post was originally published on July 1, 1995. It was updated on April 2, 2011 to include information and videos that were not available in when it was first written. The title has also been revised to open up a new discussion – was the NS Savannah a failure or a successful demonstration of a […]

Atomic Insights has been on the web in one form or another since the fall of 1995. It started as a paper newsletter produced by a tiny team at Adams Atomic Engines, Inc. (AAE) that was designed to help potential customers learn more about the history and technology associated with using heat from fission to […]