This morning I took the Orange line train of the DC Metro system to work. It was not as busy as usual, perhaps because Fridays tend to be days when some of the city workers have already completed their assigned hours by working a compressed work schedule.

Aside: One thing I tend to notice while riding the rails is that you can often get some clues about your location by the nature of the ads that are displayed. For example, I often ride short trips on the Yellow and Green lines to stations like Crystal City, Pentagon City, Pentagon, and the Navy Yard. The ads in those stations tend to be for companies like Lockheed Martin, General Dynamics, EADS, and Panasonic (Toughbooks). End Aside.

As the train pulled into Capitol South, one of the two or three stations frequented by Hill staffers and lobbyists, I noticed that the station was festooned with enough display signs and banners to decorate a big tent during one of the old time revivals that some of my relatives invited me to attend when I was a kid. I was so impressed with the effort to reach people who are employed in the business of writing legislation – particular energy and climate legislation at this point in the calendar – that I stepped off the train to take some photos. Since it was early, there were few people in the station to wonder what the heck I was doing.

Here is the line of signs I saw this morning from the train when coming into the city from Maryland. 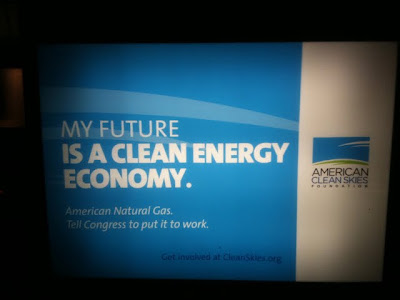 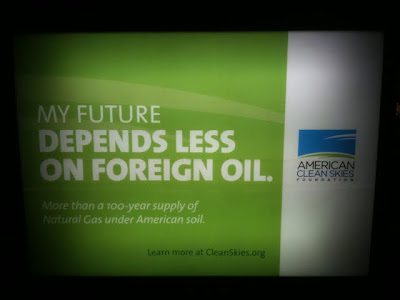 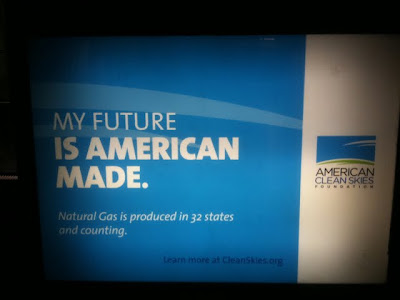 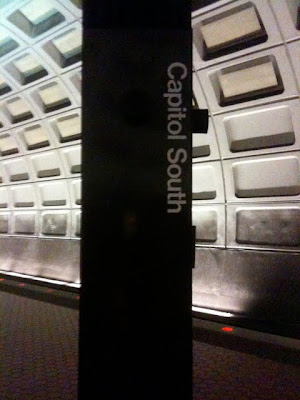 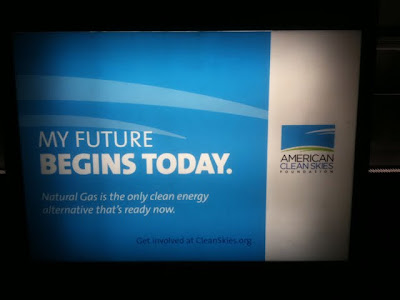 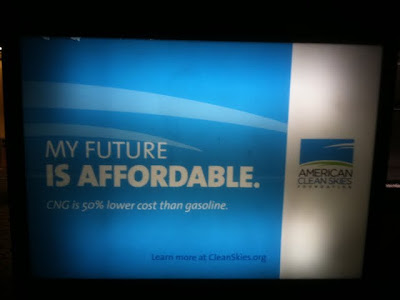 As I stepped off the train, this is the sign that I saw wrapped around the post. Of course, if you are waiting for a train and have a restless brain that does the city thing and seeks to avoid eye contact, you will probably read the words on that post several times before the next train arrives. 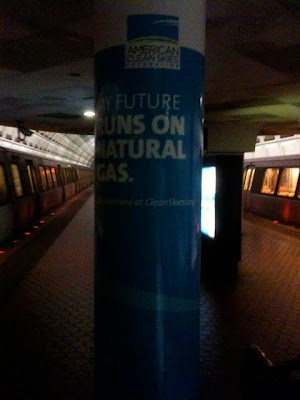 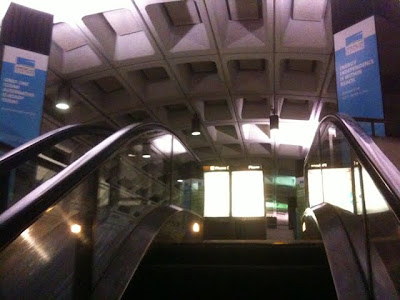 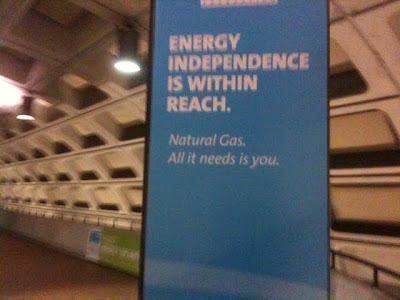 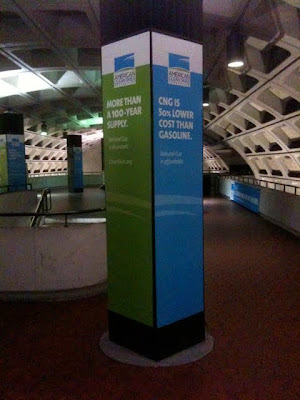 I then went to the right, aiming past the station attendant structure and saw the below signs along the rails. 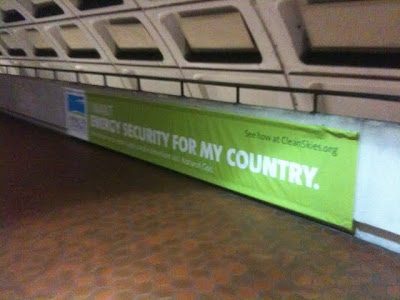 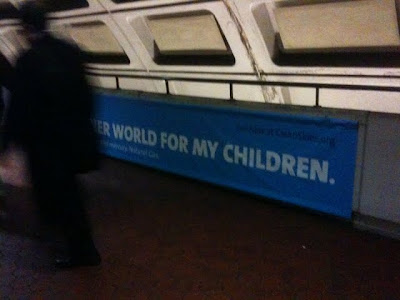 At the exit gates, I noticed the below sign, but did not want to leave the station – I did have to get to work. 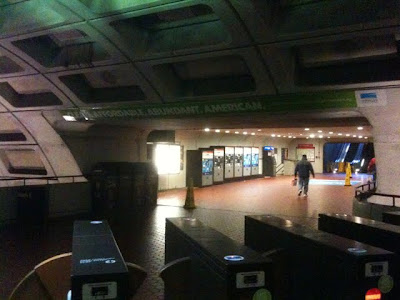 This is what I saw on my way back down to the platform where I would meet my train. 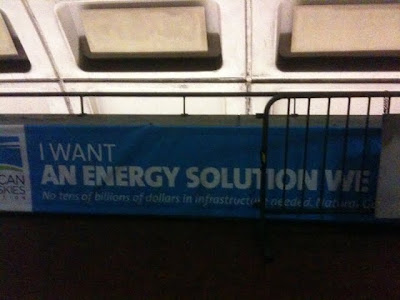 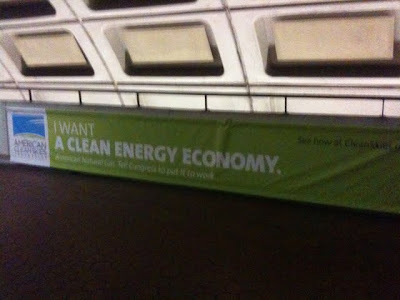 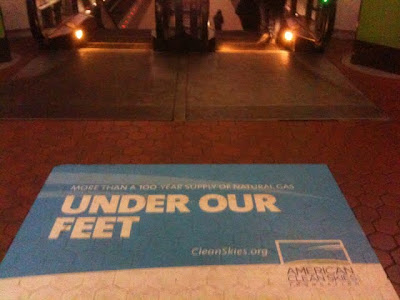 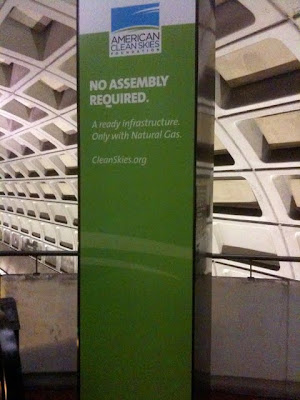 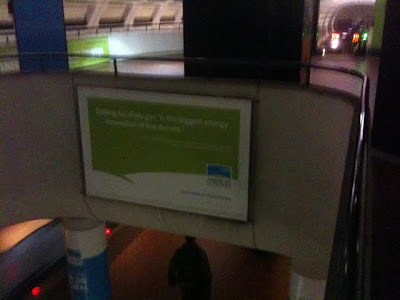 I apologize for the photo quality – the lighting in the Metro is purposely dim to save on energy costs, and I only had my phone. I think there is a saying about the best camera is one that you have with you. That one certainly applied this morning.
Please understand – every one of the above pictures was captured at a single Washington, DC metro station on a single day – February 19, 2010. The next time someone tries to tell a story to me about how the natural gas industry is just a mom and pop business, I will try to refrain from laughing. This is a well capitalized energy competitor that is run by adults with a strong sense of mission and a willingness to spend money to obtain favorable market rules. That is a good thing – this is, after all, America, where companies and industries have a right to free (or paid) speech.
It is also a place where a guy with a camera, a keyboard and a few spare minutes can share a short picture story that is worth at least 18,000 words.