I know that some people want to declare the Jaczko era over and to move on to other items, but there is still a good deal of information about the reign and its long term effects that has not been fully exposed or discussed. Though Jaczko and his patrons have declared that the OFFICIAL USE ONLY – OIG INVESTIGATION report is an exoneration, the reality is quite different.

Though the report is long and full of boring bureaucratic details that can be described as “he said – she said”, it paints a picture of an isolated man surrounded by highly qualified individuals who all somehow formed similar negative opinions about his methods. Most of those independent individuals are far too polite and politically aware to question Jaczko’s motives, but I have no such limitations. As numerous recent articles have shown, Jaczko’s primary assignment was to kill Yucca Mountain – all of the bluster about concerns for nuclear safety were just a cover story.

There is one section of the IG report that I would like to share because it shows that even people with similar political tendencies were able to see that Jaczko was violating the intent of the law and exceeding his delineated authority. This excerpt shows that Jaczko was trying to run the NRC as a fiefdom instead of as a commission of qualified professionals who each have a personal responsibility to enable the availability of safe nuclear energy.

Allegation #3 in the IG report was that Chairman Jaczko improperly attempted to control the content and the flow of information to the rest of the Commission. The OIG investigated to determine whether the Chairman’s control over matters to be presented to the Commission was in accordance with the authority granted to that office by the Reorganization Plan of 1980. The OIG took advantage of an interesting resource – the investigators interviewed President Jimmy Carter, the man who wrote the Reorganisation Plan and successfully led its enactment into law.

The documented results of that interview are worth quoting.

President Carter stated the staff should not work exclusively with the Chairman in development of policy. The Commission is the overall decisionmaker (sic) on policy matters and the Commission majority decision should always prevail.

Here is finding 2 on Allegation #3:

The OIG found Chairman Jaczko interprets his authority broadly and, at times, attempts to control the flow of information to the Commission. Specifically, the Chairman directed a senior official to change the staff’s recommendation in one SECY paper (SECY-11-0118) and to remove the EDO’s and Deputy EDO’s perspective on another (SECY-11-0093) prior to submission to the Commission. The Chairman also initially directed the staff to stop preparing a paper (SECY-11-0033) that the staff wanted to submit for Commission consideration. The Commissioners disagree with the Chairman’s influence over SECY paper content and uniformly expressed a need to receive the staff’s unaltered, expert recommendations to support their decisionmaking. Two prior NRC Chairman reported they did not change staff views expressed in SECY papers and if they had a different view than the staff, they expressed it in the voting record. Additionally, President Carter, who submitted the Reorganization Plan to Congress, said the Reorganization Plan does not allow the Chairman to interfere with NRC staff proposals and that the Chairman should present the staff’s recommendations as received and articulate his position separately, differing or not, to the Commission.

That is a negative finding, not an exoneration. It is not the only one in the report, just the most interesting one. Please remember, Jaczko resigned with no other apparent reason right before this IG report was released. It is spin on the level of gyroscopic behavior to attempt to portray his reign at the NRC as anything other than a politically directed attack on the very foundations of the Nuclear Regulatory Commission as formed under the Atomic Energy Act. That act and its subsequent ammendments was passed to ENABLE the safe use of clean, abundant nuclear energy, not to place a series of mushy barriers in its way.

There should be no enthusiasm for enacting any Jaczko led, cost increasing plans or implied policies like Fire Protection rules, the Aircraft Impact rule, the 50 mile evacuation planning zones, or the recommendations of the Jaczko-appointed Fukushima task force.

Some of the task force recommendations might be useful, but none of them should be assumed to be correct without independent verification. Considering the tiny size of the assigned task force and its Jaczko-enforced isolation from the rest of the technical experts at the NRC, it should be easy to find qualified verifiers. 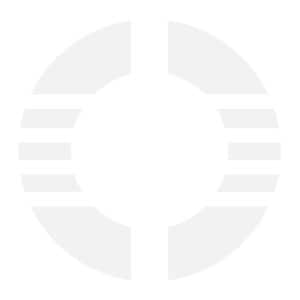 John Wheeler of This Week In Nuclear and Lisa Stiles, a contributing blogger at NEI Nuclear Notes joined in a discussion focused on atomic advocacy. John Wheeler, Lisa Stiles and I talked about our passion for nuclear technologies. We also talked about job opportunities in the nuclear business, the need for large infrastructure investments in…

Reprinted with permission. Original published on Forbes.com on May 20, 2016. On Thursday, May 19, the Department of (DOE) hosted a four-hour, invitation-only summit in a meeting room in the Senate Office building. Billed as an action-oriented forum for a variety of stakeholders to discuss what they can do about the economic challenges facing nuclear…

The Philadelphia Inquirer recently ran a story titled Exelon’s Rowe an unlikely booster for shale gas. The headline writer was wrong; John Rowe is one of the most motivated natural gas salesmen in the United States right now. Though he will not receive any commission checks for his efforts, he stands to profit immensely if…