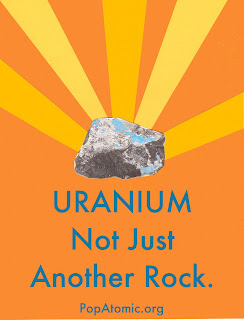 Suzy Hobbs at PopAtomic.org has released a series of new pieces of original art that will add depth and visual interest to discussions about energy. The drawings are suitable for inclusion into presentations or as components of an advertising/information campaign. I particularly like the “Uranium, Not Just Another Rock” poster. It has the vibrant orange and yellow colors that made uranium a prized coloring agent for glass and ceramics for thousands of years. I am fairly certain that Suzy’s artwork will not raise the ire of the BBB, even if Greenpeace tries to force the issue.

Just in case you do not click the links, my allusion to the Better Business Bureau (BBB) refers to a 1998 story in which the BBB challenged some advertisements purchased by the Nuclear Energy Institute. Here is a quote from a December 10, 1998 New York Times article about the disputed commercial messages.

The Better Business Bureau’s National Advertising Division, which is based in New York, said in a decision announced today that the nuclear industry should stop calling itself “environmentally clean’ and should stop saying it makes power “without polluting the environment.” Andrea Levine, the director of the division, said such claims were “unsupportable.”

The bureau agreed with environmentalists that nuclear fuel is made using electricity produced by coal plants; that reactors kill fish by sucking them in with cooling water and dumping scalding water back into lakes and rivers, and that nuclear waste poses a health threat.

“Consumers can reasonably interpret the claim to mean that electricity generated by nuclear power is produced without any negative impact on the environment,” the decision read in part. “The record, however, does not support this interpretation of the claim.” 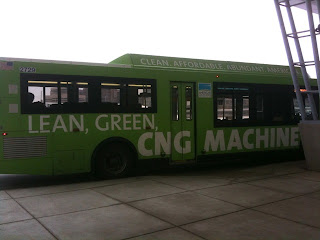 It bothers me when supposedly neutral observers use emotionally charged words that are not even accurate. There is a definition for “scalding water” which is generally agreed to be water that is at least 105 degrees F. Even without any cooling towers, the water discharged into lakes and rivers by nuclear power plants does not qualify for that definition.

I wonder what the BBB has said about “clean natural gas” adds like the ones that decorate about 50% of the buses in Washington, DC or what it has said about the clean coal ads that picture an extension cord going into a lump of coal? Those ads make similar claims to energy sources as clean or green, with less justification. Both gas and coal powered applications must include smokestacks or exhaust pipes that dump large volumes of waste products into our shared environment.