This post originally appeared as a comment in response to an Atomic Insights post titled Global corruption in natural resource industry. It discusses energy issues from the perspective of someone deeply engaged in action to improve conditions for people in the developing world. It is too important to be buried in a comment thread.

Back in 2009 when I had finally finished all the numbers for Nuclear power personally. The size of the fuel. The actual dangers of radiation. The availability of fuel long term. The flexibility of the systems to adapt to many types of power needs. I began to understand that this technology was and is being suppressed by people who have strong vested interests in keeping the status quo. I understood that if I wanted to promote Nuclear power, I would be mis-understood, often rejected, and many times called a liar.

At the time, I had been studying many of the “self-help” style energy sources, micro-hydro, micro wind, solar, wave and some of the larger renewable sources like hydro and geo-thermal. I helped to network a deal between a British company and a business man growing plants for bio-fuels. During that time in my life, I would spend my Sunday afternoon rest time playing with spreadsheets on energy. Working for a non-profit in a very poor country, and having business background and engineering tendencies I found myself constantly looking for solutions that would actually work and pay for themselves. I had no pony in the show other than providing ways to help friends of mine eat, work and live in something a bit less than grinding poverty. My salary was paid and I was fine, but I had many friends who were NOT fine. Still do.

Then I ran across Nuclear power. As I began to calculate the energy density, I was AMAZED! Megawatts from a football sized sphere! I kept checking and rechecking to make sure I was understanding what I was reading correctly. I began to look at my living room and understand that you could power New York city with a core about that size. I was living in an Asian MegaCity at the time and we were so used to rolling blackouts that we had the steps memorized for plugging in the generator. My kids could do it. Now, I know that there are many causes for blackouts but one of the primary ones is simply too many people and too little power to spread around. One city had an unemployment rate of between 20 to 35% depending on which nose you were counting today. They opened up call centers that employed only about 100 people. These call centers – in a city of a million people – brought down the grid. Rolling blackouts.

I began to understand that Nuclear power was not A solution. It was THE solution. Especially SMR’s. Most of the people in Asia live on Islands or in rural areas that are so remote a 4 wheel drive is necessary to reach them. These are places where vast civilizations used to live and who used up their natural resources. Nuclear power would have small deliveries every few years and in the mean time, a small group of highly trained locals could manage the plant. This would fit well with the needs of islands and remote areas where pipelines are hard to build and roads are still not massive tanker sized yet.

Suddenly I saw the corruption in the power industry. Both through deduction and personal contact. Being raised an American I was used to wealthy people who became that way because of smarts and hard work. I had several friends like this and they were some of the most common people you could know. Our family friends growing up were like this – managed to become millionaires doing what the government failed at – loaning money to poor people in order to put them into homes. But when the economy turned down my friends refused to foreclose on these folks and they lost their millions. These were the kind of “wealthy” people I was used to.

Coming to Asia and understanding the vast amount of wealth changing hands in the power industry (and others) opened my eyes. I found a wealthy class that cares nothing for the poor. Watching the global power market manipulations in 2008 made me mad. These manipulations still make me mad. The high prices take food right out of the mouths of friends. And there is NO need for those high prices. Despite the flailing of some, well run and well regulated Nuclear power is the least expensive power on the planet. It cost less that every other source in nearly every possible measurement once built. NPP’s are nearly the same price as a new coal plant in the USA. And with proper regulations could be built for even less than a new coal plant. That’s on today’s LWR technology! I am a LFTR fan, but I don’t see any need to stop building LWR’s until LFTR comes along.

Yes, there is old fashion corruption, there are under the table deals. There is also the corruption that happens when an industry becomes bed fellows with a government. Paying taxes – which the Oil and Gas industry do at many levels – makes sure that governments want them around. One of the hidden “problems” with Nuclear is that there is not nearly as many opportunities for officials to line their pockets. There are some but not nearly as many points of contact as with Fossil fuels. I could expand on that but this is already long.

Thanks for the good video on global corruption. I am heartened.

I have worked in Southeast Asia for over 13 years for a non-profit. I took a short break for a couple of years and did research for building a Bio-fuel electric plant in the USA. Some of my responsibilities include coordinating various community development projects, wells, buildings, and small business development. I have traveled extensively around Southeast Asia and Micronesia, with occasional trips to many of the countries in Asia and the Pacific. I work mainly in leadership development, training and education. I sat on the boards of 3 educational institutions and currently work with a 4th. Since I move around countries that are still not friendly to my home country, I have to be careful about making any statements that could be deemed political.

I don’t normally publish material from anonymous sources, but I decided to make an exception. End PS

On December 11, 2013, Henry Sokolski, the Executive Director of the Nonproliferation Policy Education Center (NPEC), hosted a event titled Avoiding Future Irans: A New Course for US Nonproliferation Policy. The papers offered as background material before the event started, the prepared remarks from Sokolski’s invited speakers, and the post meeting engagements I had with… 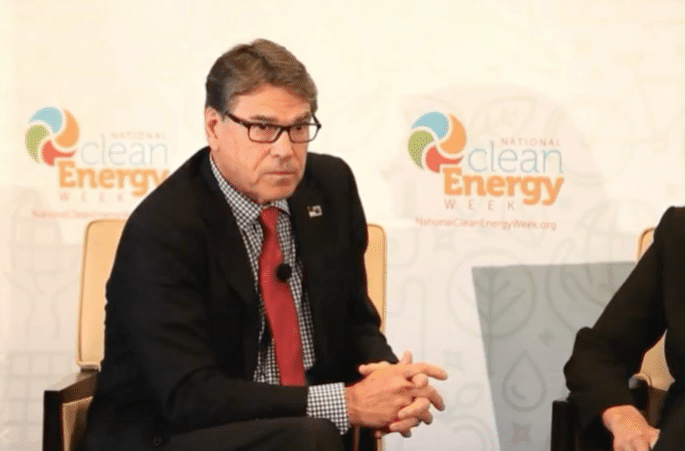 The below is an improved version of a comment that I posted on the NRC blog titled Examining the Reasons for Ending the Cancer Risk Study. It was composed in response to accusations from a person named Gary Morgan who stated that I had attacked Greg Jaczko, misunderstood the biological nature of radiation, and promoted…