France’s President Francois Hollande and his Socialist Party ran on a platform that included scaling back France’s dependence on nuclear energy. It was not a very popular part of his campaign pitch, but Sarkozy was such a flawed candidate that Hollande won anyway.

Hollande is trying to follow through on his promise, but there are large numbers of well-connected and resourced people who oppose the idea. A few days ago, French Energy Minister Segolene Royal introduced a proposed piece of energy legislation that would, among other things, attempt to cap the total capacity of nuclear power plants in France at 63.2 GWe, which is the current level.

Though I believe that the proposal has little chance of being passed in anything resembling its current form, it is something that needs to be watched. My hope is that there will be strong and well organized resistance to the idea from a wide swath of French industry and consumers who will be harmed by artificially restricting the country’s ability to improve on its current nuclear generating fleet and its proven ability to find substantial export markets for the clean, ultra-low emission, reliable electricity that its nuclear plants can produce.

Electricity is a wonderful export product; most customers are repeat customers whose purchases will naturally increase over time if they are happy with the pricing and service, there is no inventory to maintain and there is no burden placed on roads, ports, or airports. Nuclear technology and operational expertise is also a valuable export product; France is one of the few Western nations that has maintained its skills and capabilities in this area — though there is plenty of room for improvement as it gains experience in the newest generation of nuclear power plants.

In 2012, Gail Luft, writing for the Journal of Energy Security, published an article titled France: Can the ‘Lumiere de Monde’ Risk a Brown-Out? that points out some of the considerations that the French people should keep in mind as they discuss and resist Hollande’s ill-considered attempt to hamstring such an important part of his country’s economic base. Here is an example quote, but there are many additional items in the original article.

One option for Hollande is to use his anti-nuclear stance as a way to endear himself to Berlin. After the disaster in Japan, Germany was the first European country to announce its plan to bid farewell to nuclear power and move aggressively towards green power. Adopting a similar stance would be music to German Chancellor Angela Merkel’s ears particularly as the two leaders will be looking for issues on which they can agree. But one hopes that Hollande knows that even the winds of Normandy and the sun of Provence will not come close to replacing nuclear power. France’s installed capacity for photovoltaic power is about 100 times less than Germany’s, and the French economy is not sufficiently prosperous to embark on massive subsidization of renewable energy, as its northern and southern neighbors, Germany and Spain have done in recent years. Furthermore, by now Europeans like Americans have come to realize the false promise of green jobs as a major driver of economic growth. With unemployment above 10% France does not have the luxury of dismantling the 30,000-job nuclear industry without replacing it with an equally labor intensive one.

It is probably possible to trace some of the Socialist Party funding to Russian natural gas interests. Russia loves its own nukes, but spends quite a bit of time and money spreading propaganda (FUD) about the nuclear programs in its customer and competitor nations. France’s domestic nuclear plants help to keep it independent of Russian gas, and France’s nuclear electricity exports help its neighbors reduce their purchases of Russian gas.

The unreliables industry is also well known for its complaints that nuclear “crowds” them out of the market. They are working hard to force middle-aged nuclear plants to shut down merely because they were initially licensed for 40 years. That period has nothing to do with the design life or the ability of well-maintained nuclear heated steam plants to last at least as long as coal, oil or gas-fired steam plants.

It is interesting to note that many information sources that target the unreliables industry (which prefers to brand itself as the “renewables industry”) have covered the proposed legislation as a done deal, with phrasing like the following:

France will cap nuclear power and aim for renewable energy to make up 40 percent of its electricity production by 2030 (less than 20 percent now), 38 percent of heat consumption and 15 percent in the transport sector, according to a new energy bill, writes Reuters. France will also boost energy savings. For example, a tax credit will be introduced for renovation work carried out.

None of those proposed actions will be implemented when the bill is soundly defeated.

The fight will be messy because there are massive financial stakes associated with the decision. My hope, however, is that the full strength of the established and entrepreneurial nuclear industry and all associated interested parties will be brought to the battle for hearts, minds and wallets.

The Washington Post Wonkblog recently published an article with the following headline Can the world fight climate change and energy poverty at the same time? There is a straightforward answer to that question that involves some hard work and some paradigm busting, but at least it is a path that offers a good chance of… 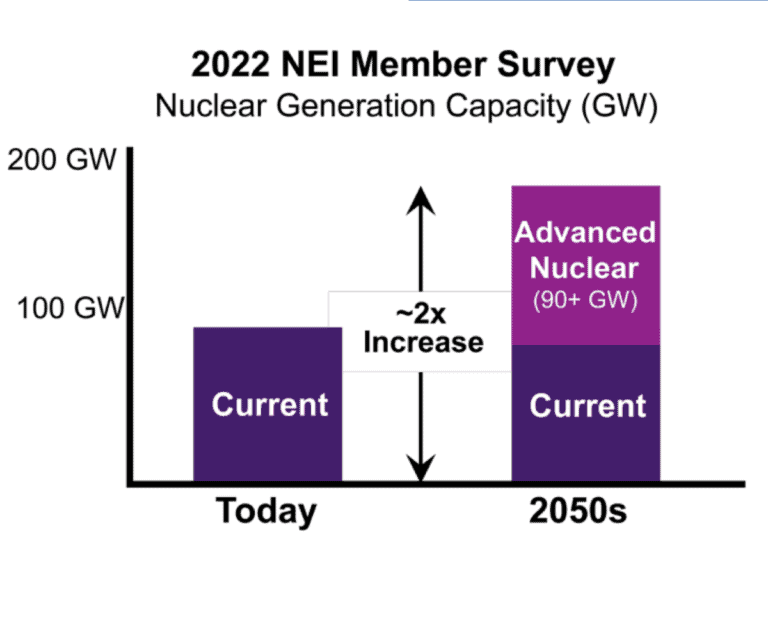 The nuclear energy policy landscape in the US has changed significantly during the past 5 years. Once seen as an issue with enormous differences between the political parties, it has become one of the few topics on which both parties can have a civil discussion and agree on many key provisions in supportive legislation. Matt…

Editor’s Note: Sometimes stories are best told out of sequence. We’re starting here with part 3 of a timely tale about a strong leader with a moral compass who has decided to enter into a political race out of faith in his country, its system and himself. By Michael Shellenberger When I started Environmental Progress…