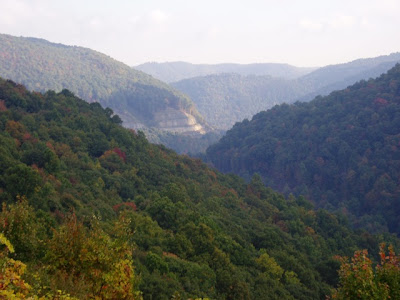 According to a July 26, 2009 article in the Washington Post titled Miners Boycott Tenn. Over Alexander’s Bill: It Would Ban Mountaintop Removal, a group of coal miners from West Virginia have decided to quit visiting Dollywood and the Knoxville Zoo in an attempt to show their displeasure with Tennessee Senator Lamar Alexander (R-TN). Ostensibly, the source of their anger with the Senator and his home state is a bill that he introduced with Senator Benjamin Cardin (D- MD) called the Alexander-Cardin Appalachian Restoration Act.

The goal of the bill is to protect the Appalachian Mountains (one of my favorite places in the world to visit, by the way) by a rather simple change in the Clean Water Act. Within certain guidelines and restrictions, the Clean Water Act currently allows surface waters in the US to be altered by adding fill materials. Mountain top removal coal miners have been obtaining permits under the Clean Water Act for the discharge of “fill materials” into meandering creeks and streams. The bill proposed by Senators Alexander and Cardin would eliminate that practice by excluding excess spoil materials from coal mining from the “fill materials” permitting process. Here is the full text of the bill:

Section 502 of the Federal Water Pollution Control Act (33 U.S.C. 1362) is amended by adding at the end the following:

(A) IN GENERAL- The term ‘fill material’ means any pollutant that–(i) replaces a portion of the waters of the United States with dry land; or
(ii) modifies the bottom elevation of a body of water for any purpose.

(B) EXCLUSIONS- The term ‘fill material’ does not include–

That change in definition might make it a bit more costly to get coal out of the mountains, but there is nothing in the bill that prevents mining companies from moving materials out of the way to get to coal and then putting the materials back where they came from. Cost avoiding mining companies simply cannot perform a gravity assisted dumping of the materials into a stream or creek, turning it into dry land. 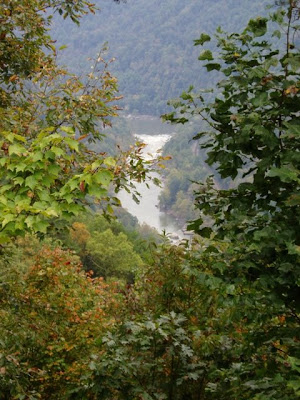 If the bill is enacted, and the coal seams accessed by current mountain top removal processes really are valuable and worth exploiting, the result should be an increase in jobs. There is more work (aka jobs) involved in putting the materials that were covering the coal seams back in place compared to dumping them into a convenient valley. Mining companies and their owners might have reason to oppose the bill because it changes their profit margins from exploiting certain coal resources, but the employees of the mining companies should not be concerned about any negative effects on their jobs.

All that said, it is difficult for me to believe that the West Virginia coal miners are unaware that Senator Alexander’s most publicized energy related effort in recent months is to beat the drum for a national effort to restore American nuclear manufacturing and construction capacity by encouraging utilities to order and build 100 large nuclear power plants during the next 20 years. According to his Blueprint for 100 New Nuclear Plants in 20 years:

Nuclear power is the obvious first step to a policy of clean but low cost energy. One hundred new plants in 20 years would double U.S. nuclear production making it about forty per cent of all electricity production. Add 10% for sun and wind and other renewables, another 10% for hydroelectric, maybe 5% more natural gas—and we begin to have a cheap as well as clean energy policy.

I am sure that Senator Alexander, being a sound minded politician, would not necessarily like to fight the coal miners, but those numbers add up to a substantial loss of market share for the coal industry. Right now, electric power stations burning coal with an average capacity factor of 75% produce 50% of the electricity in the United States. If we achieve Senator Alexander’s goal of 40% nuclear, 10% renewables, 10% hydro, and 5% gas, that leaves just 35% for coal.

That kind of endeavor will certainly have a negative effect on coal mining employment since higher cost mines will be the first pushed out of the market as the demand for coal shrinks. No dominant industry likes seeing their market share wither, especially if the trend is likely to continue. If we really do build 100 large nuclear power plants in 20 years like we did in the 1970s and 1980s, I certainly hope we will not suddenly stop that effort. With smart management, the costs of building new nuclear power plants are likely to fall based on the normal construction and manufacturing learning curve, which will simply improve the competitive position compared to other electricity options. 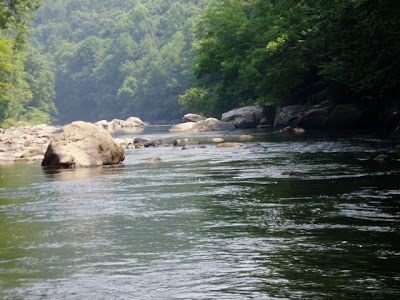 I have no inside information, but it seems far fetched to believe that coal miners in West Virginia are enthusiastic about working in an industry with a shrinking demand for their product. Putting my selfish persona in their shoes, I think I would take action as well, and I would probably seek to put the blame for that action on something with less probability of exposing my true motives.

Putting my more logical and far looking persona in the place of the coal miners, I would take a different approach than an ineffective boycott of an entire state. A far more positive action for West Virginia coal miners would be to take advantage of the fact that no new nuclear plants are going to be erected overnight, so the market share shifts are going to take place after several years of delay that provide plenty of time for new job training. Interestingly enough, there are programs in place in accessible community colleges and other technical schools that are supported by the nuclear industry and the Department of Energy.

Once the permits are in place for the new nuclear plants they will need a lot of hardworking, blue collar contributors to clear land, pour concrete, lay rebar, and build supporting infra
structures. Once the plants are completed, they will require dedicated security forces, licensed operators, skilled electricians, trained welders, creative pipefitters, and a whole host of other permanent workers for the 40-80 years that the plants are operating and providing clean, reliable, low cost electricity. While those plants are providing low cost electricity, manufacturing jobs should start flowing back into the United States to take advantage of the readily accessible power to make competitively priced, energy intensive products.

In other words, my advice to West Virginia, Kentucky, Virginia, Alabama, and even Wyoming coal miners is – don’t get mad at Senator Alexander for pushing new nuclear power plants that will compete with your boss’s product; get on board with his program and get ready for a new job in a growing, clean energy industry that makes life better for us all.

Postscript: For more information on what you can do to stop mountaintop removal mining, please visit iLoveMountains.org.