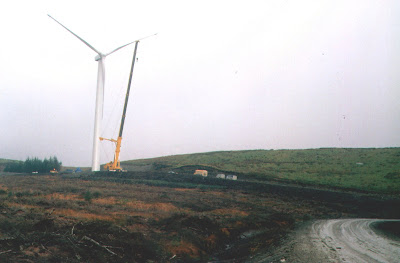 Yesterday, the Vermont Legislature warmly received a non-nuclear energy salesperson and allowed her to continue her traditional tactic of emotionally telling negative stories about the competition.

I know, that is a purposely provocative way to describe the event, but that is certainly one way of looking at a situation where wind and solar entrepreneurs named Jan and David Blittersdorf were able to arrange a meeting with the Vermont House and Senate Natural Resources and Energy Committee featuring Helen Caldicott spinning misinformation about nuclear fission power. As professional sales coaches or political consultants will tell you, it can be beneficial to have friends who can arrange high level meetings with decision makers at which you can tout your product and/or “go negative” about your competition.

(Note: I have nothing against entrepreneurs or businessmen. In fact, I admire many of their attributes and intend to get back to that occupation full time in the near future. I just think that people need to understand that the energy source discussion is not that much different from any other discussion where there is a lot of money at stake.)

Dr. Caldicott, a woman whose pitches against nuclear power are full of untruths, has been working this circuit for years. A few years ago she released a new book titled “Nuclear Power is Not the Answer” that has been thoroughly analyzed and found to be wanting from a factual point of view. (See, for example, the excellent series of articles by Luke Weston on Physical Insights or the step by step analysis done by some of the good folks at NEI Nuclear Notes. )

As much as I admire the effort that went into those contributions to the state of knowledge about Dr. Caldicott’s command of nuclear science and engineering, I do not think either one took aim at the very notion that a book claiming that fission is not the answer begs two questions – then what is the answer and what is your economic tie to that industry?

What the heck, if anti-nuclear activists can call me a shill for the nuclear industry every time I talk about the technical superiority of the natural phenomenon called fission, I can point out that nuclear power’s competition is also a big business that is quite capable of using Madison Avenue or K Street techniques to paint themselves in a favorable light. 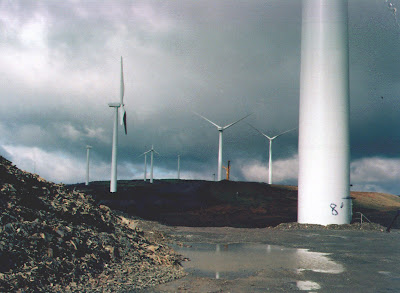 (For the international readers, K Street is an avenue in Washington, DC that is famously the home of lobbyists that sell their industries to government agencies in hopes of favorable legislation and subsidies. Madison Avenue is the traditional home of the advertising industry, the one that taught America that buying gasoline from Exxon would “put a tiger in their tank” and that methane is “clean natural gas”.)

I am feeling a bit froggy and argumentative this morning, so here is the comment that I posted on the BurlingtonFreePress.com article about Caldicott’s sales call:

It is rather amusing to find that Vermont’s lawmakers allow “wind and solar energy entrepreneurs” to arrange a sales call on the legislature. Helen Caldicott has been professionally employed as a marketer for non-nuclear energy sources for decades – her method is to tell as many lies about the fission power competition as her audience will allow.

She is a former pediatrician who has not practiced that profession for years, preferring the limelight of book tours and speaking engagements.

Instead of doing real research and understanding that gaseous diffusion enrichment facilities are obsolete and being replaced, she keeps talking about how inefficient they are. Instead of understanding current research about the effects of low level radiation (http://www.pubmedcentral.nih.gov/articlerender.fcgi?artid=2664640) she continues publishing scary, but scientifically untrue stories about its effects. There is a safe level of radiation exposure – logically – since it is a natural phenomenon. 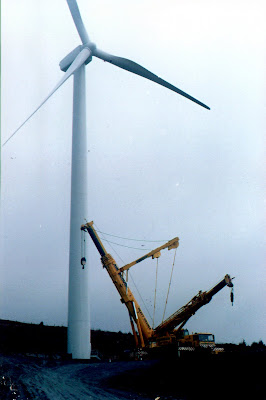 One more note – when you go and read that article, think about the fact that the wind and solar entrepreneurs were able to express their disappointment to the story author about not getting an audience with the governor and the author did not question why these particular businessmen thought that they should have access to that busy man so they could sell their product of non-nuclear energy. As a government employee in my day job, I work pretty hard to try to keep the sales people away from the decision makers so that they can make their choices based on rational analysis, not emotion and pretty slide shows.

Photo credits: Provided by the good people at Cefn Cros Campaign. They are local residents who watched and recorded the installation of a large wind farm in their rural area of Wales. They want the world to know that wind turbines are not just pretty white blades quietly spinning off in the distance – they are an industrial blight that often makes money for owners and manufacturers that never have to see or live with the effects of the installation. They are appropriate for this post because the people that arranged for Caldicott to visit the Vermont legislature were “wind and solar entrepreneurs”. I am sure that they use much prettier pictures of their favored technology.

For another bit of evidence about how the non-nuclear competition goes negative in political circles, I recommend Nuclear Australia’s recent post titled Scare tactics – effective, but shameful.

Sometimes I have to let my true colors shine. I just spent the afternoon watching Navy break a 43 game losing streak against Notre Dame. 46-44 in triple overtime. For any international readers, I apologize for the incomprehensible post. If you are a Notre Dame fan – thank you for the classy way that your…

Here is a story that I have difficulty telling better than the original source. Today’s article in Bloomberg.com titled Oil Surges Above $76 as BP Shuts Alaska Field, Largest in U.S. is a litany of the current threats to the US oil supply. It should be a cause of grave concern for all of us…

A friend of mine who has been a professional nuclear engineer for a couple of decades sent me a link to a mid September 2009 blog post at AdWeek.com titled Grey Energizes America’s Natural Gas Alliance: WPP Group shop fires up first salvo this weekend. Here is a quote from the advertising trade press publication:…

A few days ago, I posted a map overlay of the US visitors to Atomic Insights for a thirty day period. One commenter asked for information about international visitors. Here is a screen capture of one of the useful reports provided by Google Analytics about Atomic Insights. During the past 30 days, visitors from 98…

I am highjacking the Atomic Insights feed and blog site for a brief advertisement. People who visit the site instead of receiving posts via RSS feed might have noticed a series of profile photo changes as I went clean shaven for the first time in 28 years and as I have gradually replaced my mustache…

The artists at PopAtomic Studios continue to provoke thoughts with imagery. The above image is available in full resolution from Fossil Fuels are Dead. Stop by to tell Suzy and her team what you think of their work!