During the promotional period leading up to CNN’s initial airing of Pandora’s Promise, Michael Brune, executive direction of the Sierra Club, and Robert Stone, the director of Pandora’s Promise, engaged in a meaningful discussion about nuclear energy hosted by Kate Bolduan. During the discussion, Brune explains that the Sierra Club believes that nuclear energy projects […]

by Jeremy Whitlock Ah, Nuclear Power, my old friend. Please do come in. Have a seat. Again you’ve been away too long. I feel silly coming here Doc. Now, now, hush. Sooner or later, everyone comes here. Tell me, how are things going? Well that’s just it Doc – on the face of it you […]

By Timothy Maloney, PhD Editor’s note: Timothy Maloney has written a number of text books about electrical circuits, electricity, and industrial electronics. The below is a copy of a letter that he wrote to Ralph Nader in response to an opinion piece published by CounterPunch under the headline Why Atomic Energy Stinks Worse Than You […]

On October 9, 2013, David Letterman interviewed Mark Z. Jacobson, a leading proponent of a 100% renewable energy future. He described Jacobson as a man with a plan that should make us all more optimistic; that plan describes a world that has a completely changed energy supply system that does not threaten us with catastrophic […]

Someday, America is going to return to logic and reality. We may be making some progress as shown by the fact that there are an increasing number of people who no longer watch TV or trust the TV talking heads in the entertainment business called “television news.” However, we still have our issues. One irrational […] 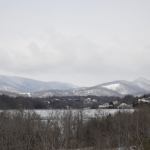 One of my favorite Atomic Insights commenters left an inspiring message in a thread that was evolving into a discussion about wind energy, including its environmental impacts and low productivity. Daniel; Do you recall a time when a bucolic scenic view was just priceless; that beyond just property values you just didn’t allow anything mar […]

This post originally appeared as a comment in response to an Atomic Insights post titled Global corruption in natural resource industry. It discusses energy issues from the perspective of someone deeply engaged in action to improve conditions for people in the developing world. It is too important to be buried in a comment thread. By […]

Attempting to transition away from fossil fuels to an “all renewable” energy system is fraught with cost and reliability challenges. Germany is running into substantial challenges and is burned 5% more lignite – brown coal – in 2012 than it did in 2011. Recently completed studies that including a range of scenarios in Australia and […] 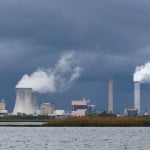 By Paul Lorenzini In the yin and yang of energy policy debates, we know some can get carried away. Normally we ignore the radical fringe, but sometimes their claims take on a life of their own and need to be addressed. One such charge has found its way as an authoritative reference on Wipikedia, alleging […]

Many nuclear professionals have been attracted to the technology because of its inherently light footprint when compared to all other alternative power sources. It uses less land, less metal, less concrete, and a tiny volume of fuel when compared to producing a similar quantity of energy from other sources of reliable power, especially when the […]

Rick Maltese is a creative artist who spent this afternoon creating an amusing parody of the diffuse, weather dependent, unreliable power sources that some think can beat both fossil fuel and nuclear energy. Share Call Them Unreliable widely! PS – Just in case you would like to have a sing along at your next pronuclear […] 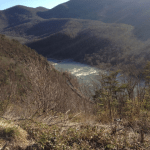 Last night I drove to Lexington, VA where the sustainability program was hosting a screening of Switch (to a smarter future). There was a decent crowd; perhaps 100 or more students, faculty and townspeople. It is an impressive documentary, with inside views of facilities that people rarely see. It also does a good job of […]