On December 7, 2014, 60 Minutes, the venerable investigative reporting television show that has been on the air since 1968, aired a segment about Duke Energy’s Dan River coal ash spill, which occurred on February 2, 2014. That large release of coal waste was a big topic in local newspapers and television shows in my current hometown; the affected river is less than an hour away by car. I’m not sure how much coverage the event and clean-up received in national or international news outlets.

Coming on the heels of 60 Minute’s catastrophic portrayal of the area affected by the 1986 Chernobyl accident, Stahl’s segment offers a contrast worth discussion in primetime media tone and content between the aftermath of a radioactive contamination event that took place in a remote area under the Soviet Union more than 28 years ago, and a toxic coal ash contamination event affecting tens of thousands of US citizens that occurred just 10 months ago.

It offers an even starker contrast between the media and government oversight reactions associated with the Dan River coal ash spill and the tiny release of nearly pure water from the San Onofre nuclear power station. The 60 minutes segment reveals that Duke Energy paid a $99,000 fine for allowing a pipe at a coal ash impoundment to collapse and release tens of thousands of tons of coal ash into the Dan River. It tells us that the company responsible for the coal ash knew there was significant risk of a major release and did nothing to shore up its systems or to move the toxic material to a safer storage location.

About 10% – 20% of the segment consists of a friendly, smile-filled conversation between the responsible company’s CEO and the investigative reporter, with plenty of opportunity for Duke Energy to provide its version of the story.

When the San Onofre nuclear power station experienced a leak in a single steam generator U-tube that seeped from the primary closed system into the secondary closed system at a rate of 75 gallons per day, the end result–after more than 14 months of hearings and focused political pressure with the power plant owner spending tens of millions in studies and response efforts–was a decision by the company to close a 2,200 MWe power station that generated between $2 and $5 million worth of virtually emission-free electricity every day.

In the San Onofre case, company leaders were routinely demonized and portrayed as being untrustworthy. Even the responsible federal regulator, the Nuclear Regulatory Commission, was under severe criticism and political pressure to act harshly towards SCE, the company that owned the plant.

Major coal ash releases into public waterways and onto private land are not frequent, but they are certainly not unknown. In fact, Leslie Stahl, the same reporter featured in the December 7, 2014 Dan River coal ash segment also starred in a 2009 segment about the Kingston River coal ash pond collapse that released a billion gallons of sludge.

Aside: The headline and URL associated with the archived copy of this piece on the CBS web site is Coal ash spill: A billion barrels of muck. Perhaps the headline writer and editor don’t realize that a barrel is 42 times larger than a gallon. End Aside.

Despite a history of serious problems and focused political and legal pressure from environmental organizations, coal ash remains unregulated at the federal level and subjected to state level regulations that have a wide variety of different standards.

I’ll again reveal my bias against “state rights” in energy regulations. State borders are imaginary lines on a map and do not control the movement of materials like coal ash, combustion waste, or even radioactive materials. They also have nothing to do with the national prosperity and power that depends on abundant, accessible energy resources. As our founding documents encourage, when issues affect commerce between states or when one state’s rules significantly affect the citizens of other states, the federal government should be the arbitrator.

When the coal ash pond in North Carolina experienced a ruptured pipe, many of the people who suffered from the impact of released sludge lived in Virginia have no vote that can lead to improved rules and procedural requirements.

Not surprisingly, utilities that own coal ash disposal sites and continue to produce 130 million more tons of the material every year work diligently to ensure that the material does not get classified as hazardous waste and does not come under federal government regulations. That classification would add a considerable cost burden and would reduce the economic advantage that coal has in some areas over its competitive power sources.

I am not advocating a situation where coal ash regulations are increased to the point where they rival the regulations associated with reusable nuclear fuel. That would harm the entire economy by restricting our access to a reliable, affordable source of power. What I would like to see is a situation where there is more uniform regulation of coal ash and a strong, prompt push to implement workable solutions that protect public waterways and private property.

It would also be useful for the companies that operate nuclear power plants and own reusable nuclear fuel to take some notes from their coal divisions about how to better use their position to influence regulations that make sense without imposing onerous operating costs.

I’m not opposed to the political process and I recognize the important advantages to the adversarial system that is the foundation for our system of government. The nuclear industry needs to learn how to play the role that an industry is supposed to play in keeping regulatory reach and media coverage under control.

Though there are many admirable people working in the oil and gas industry, the global enterprise of extracting hydrocarbons has a long history that continues to present in which incredible sums of money are concentrated into the hands of unsavory people. The world’s banking industry often holds its collective nose and continues dealing with the…

Ray has released Chapter 6 of the Shoreham saga. Unlike some filmmakers, he has allowed plenty of time for even slow readers to fully read the front matter on this chapter, so either be patient or skip ahead to about minute 1:20 to watch the action start. The stars in this section include Harvey Wasserman,… 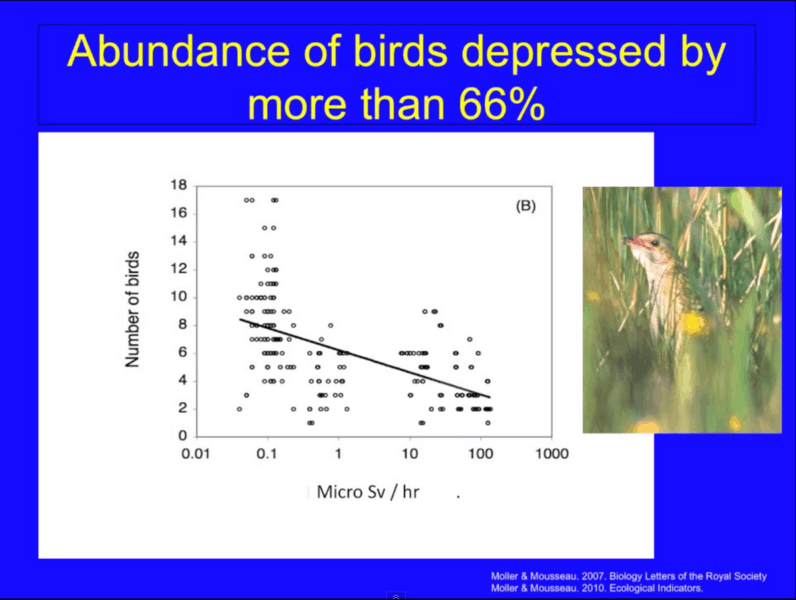 Editor’s Note: On March 11, 2013, Dr. Timothy Mousseau gave a presentation at the Helen Caldicott sponsored symposium on the Medical and Ecological Consequences of Fukushima. This analysis by Dr. Patrick Walden, was posted as a TRIUMF wiki soon after that event and is republished here with his permission. Dr. Walden is a retired nuclear…

The advertiser supported media cannot bring itself to admit that the hype and fear mongering that they indulged in for weeks after the Great North East Japan earthquake and tsunami were based on wild “worst case scenario” fantasies. Here is a recent report that carried the following attention grabbing headline: In meltdown, Japan dodged even…