Navin Nayak posted a provocative comment on the Environmental Action Blog titled Why Does the Nuclear Industry Bother? His premise is based on an assertion that nuclear power cannot compete in the energy business without subsidies. While I am not a nuclear industry spokesman and cannot answer the question that he asks for the industry, I can tell you all why I bother studying nuclear technology, investing my money into nuclear technology and sharing my nuclear knowledge with as many people as possible. I would tell Mr. Nayak directly, but his “blog” does not allow any comments or interactivity.

Mr. Nayak asserts that nuclear power is too expensive to compete with other energy sources “on a level playing field”. Like the Rocky Mountain Institute’s founder, Amory Lovins, Mr. Nayak insists on stating that energy efficiency is a source of energy that must be included as a competitor, and that it is often the cheapest alternative.

That argument is based on fuzzy data and cherry picked analysis.

Energy efficiency is not a source of energy. As an “experimental physicist educated at Harvard and Oxford” Mr. Lovins should understand this basic concept. If you want to move something, change something’s temperature, or change something’s physical shape, you need to add energy, which is a measurable physical quantity. No matter how careful you are to eliminate wasted motion, excessive temperature changes or wasteful physical processing, there is a certain amount of energy necessary. That energy has to come from somewhere, and the available choices are a physical, chemical or nuclear reaction.

My technical opinion is that the best available choice – measured in a variety of different dimensions – is nuclear fission of heavy metals (uranium, thorium, plutonium, and other actinides.) Of course, I recognize that there are obstacles that limit the employment of fission in certain applications. However, fission should continue to replace combustion in a number of markets (electricity generation, ship propulsion, district heating, process heating, etc.), freeing up combustion fuels for applications where fission is not yet useful.

The dimensions that interest me in determining best choice are economic, environmental, and political.

Heavy metal fission is already inexpensive when compared to fossil fuel combustion, yet the technology is still on the entry flat spot of the S curve that defines how new innovations – especially disruptive ones – typically develop. There are huge opportunities to implement cost avoiding improvements to design, operation, and construction of nuclear systems.

For much of the initial phase of nuclear technology development, cost was not one of the objectives that earned designers, constructors, or operators kudos. In fact, there were many ways in which excessive costs added profits for many of the decision makers. The people that paid those costs were not involved in the decision process. Even with that handicap, the inherent advantages of a reasonably abundant fuel source that is 2 million times as energy dense as the nearest competition – oil – resulted in enough cost avoidance to allow it to compete. Nuclear fuel is not only cheap (commercial fuel costs about 0.4 cents per kilowatt hour versus 5-10 cents per kilowatt hour for oil or gas), but it also requires significantly fewer resources for mining, transportation, or storage when measured on an energy value basis.

The first real application of using nuclear fission for useful power was the US nuclear submarine program. Though the vessels have a military purpose, and are thus not very popular with a certain type of environmentalist, the fact is that they are a very useful example of the cleanliness of nuclear fission power. Any engine that can operate cleanly enough to operate inside a sealed submarine definitely qualifies as a zero emission machine.

Interestingly enough, the machinery that powered submarines before the development of nuclear fission steam plants was a hybrid combustion electric system that is fundamentally very similar to the hybrid automobiles that are so politically popular for their clean operation. With hybrid cars, fossil fuel is burned as the real energy source, but batteries allow clean operation in certain key conditions like idling at traffic lights and operating at low speed in dense traffic. With diesel electric submarines, fossil fuel provides the energy to charge batteries that allow the submarine to operate fully submerged for short periods of time.

Nuclear fission made diesel electric power obsolete in the US Navy’s submarine force. It could have done the same in a variety of other countries, but America decided that the technology was so advantageous that it was worth keeping secret from all but our very closest ally.

Nuclear fission power can provide a measure of independence from fuel suppliers that is impossible with any other reliable fuel source. Of course, not every location on Earth has an equal abundance of readily available heavy metal that can be converted into useful nuclear fuel, and there are certainly significant complexities involved in the manufacture of the fuel that will limit the number of suppliers.

However, if nuclear fuel useful in reactors was readily available on the open market, it would be possible for most energy consumers – especially on a national level – to purchase and store enough of the fuel to provide for their energy needs for decades without having to go back to the fuel supplier for more fuel. This is made possible by two characteristics that are unique to fission fuels.

The political implications of an ability to tell fuel suppliers that you have enough already stored to meet your needs for the next few decades is pretty incredible.

Though my blogging efforts are not related to my “day” job, my career as a professional naval officer has provided me with a perspective on the importance of energy decisions that is different from those of academic or commercial researchers. Many of my closest friends and professional colleagues have directly risked their lives protecting access to energy supplies. Every day I see and hear about the incredible costs in money, physical resources, and people that are spent in this effort.

I cannot help getting really frustrated by efforts like those of the Rocky Mountain Institute and the Environmental Action Blog that try to tell people that we do not need fission. If you read their literature carefully, you can recognize that they believe that all we need to do is to more efficiently use the energy sources that we are already using. Their efforts effectively ensure the continued prosperity of the well established fossil fuel industry – perhaps that is why they are such popular consultants and industry partners.

I am not saying that fission will eliminate or even drastically reduce oil, coal and gas consumption – what I expect that it will do is to shift the balance of power back into the hands of the customers instead of leaving it in the hands of the suppliers whose main asset is based on geographic accidents often aided by corruption and raw displays of violent power. 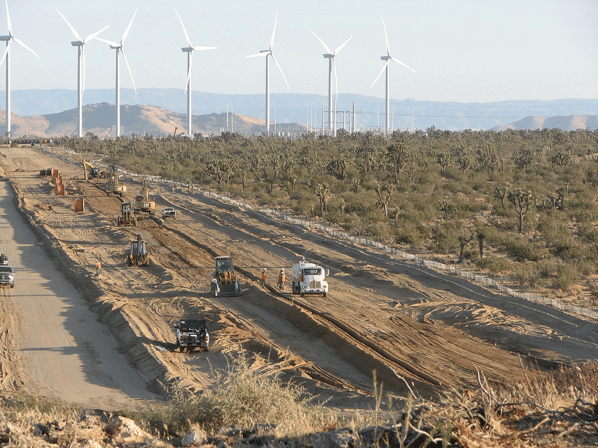 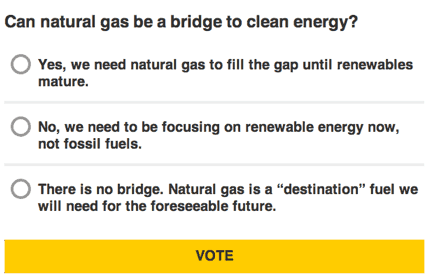 There is an interesting article at National Geographic titled Can Natural Gas Be a Bridge to Clean Energy?. That eminent magazine is promoting the article and wants people to help answer the question it poses; here is a copy of the Tweet that provided me the initial link. Tell us what you think: Can natural…

Suzy Hobbs Baker is the founder and director of PopAtomic Studios. She is a professional, talented artist and the daughter of a nuclear engineer. She recently gave a TEDx talk titled Art & Nuclear Energy. In the video you will find out more about how Suzy found herself at a key intersection between liberal arts…

One of the biggest threats to the continued wealth and power held by the global fossil fuel industry is a “plutonium economy” fueled by abundant resources of uranium that can be converted into fissile plutonium in a breeder reactor. (Yes, I know that a thorium economy is just as big of a threat to the…