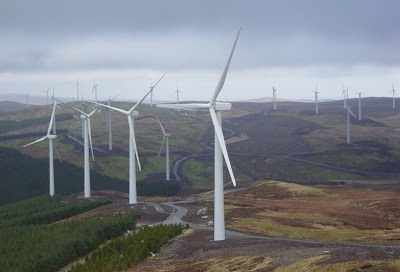 Cefn Croes, Wales, UK
I know I just posted an commentary about how Tom Friedman understands that nuclear power is clean and should be rapidly developed – like we have done once before. However, his recent book titled “Hot, Flat and Crowded” has also been influenced enough by Jeff Immelt, Joe Romm, and Amory Lovins that it can be used as a supportive basis for massive new investments in large “efficient” wind farms. I have been questioning the logic of considering industrial scale wind energy as a “soft” or “clean” energy path for many years, partially as a result of my experiences with the fickle behavior of the wind as an ocean going sailor. My attitude towards massive wind turbines has also been influenced by parents, aunts, uncles, cousins and friends that are all members of the Teddy Roosevelt, John Muir and Ansel Adams school of environmentalists.

I have been a frequent visitor to national parks and forests; I have learned to appreciate the beauties of open areas with as light a human touch as possible. I remain in awe of the natural world and take as many day and long weekend hikes as I can fit into my schedule. When I go off into the woods or open hills, my philosophy is not just “no trace” but I will bend over and pick up other people’s trash to try to improve the natural setting.

Several weeks ago, I was introduced to a web site that included some very disturbing photos taken by a group of people who wanted to document the effects of a wind farm invasion into an areas that they had always admired and enjoyed. I did not use the term “invasion” lightly, the people involved documented their efforts in a self published book titled THE BATTLE FOR CEFN CROES. Here are some sample photos of the construction lay down area and the roads that were built to allow the erection and maintenance access for the wind turbines. The first photo is the site before the construction process began: 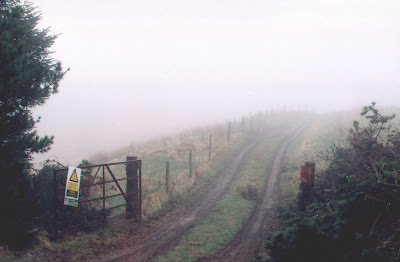 This second photo is the same site after the construction vehicles came in: 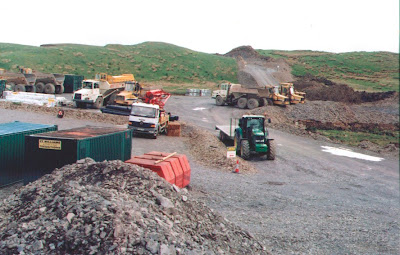 The third photo in the series shows a portion of the road network and the construction sites where the turbines are going to be constructed. 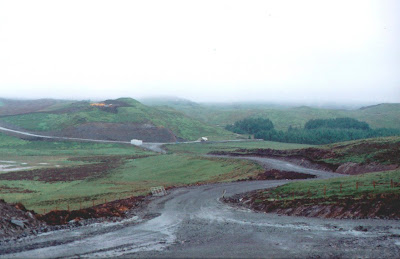 The Cefn Croes in Wales project has been completed, and I have a library full of photos provided by the local people that want their story shared as widely as possible. During the next few weeks, I will be posting those photos and sharing more thoughts about why people who love the natural environment should begin some deep personal reflection about why they support industrial scale wind energy development.

By the way, if you are one who claims that wind is cheaper than nuclear, you are, de facto, stating that you like very large wind farms with multi-megawatt turbines financed at low interest rates because of mandated purchases by utility companies who use the 2.0 cent per kilowatt hour tax credit to make the deal reasonably viable.

Update posted November 29: Marcel at New Papyrus Magazine suggested a visit to http://www.stopillwind.org/. I took his advice; the detour was worth the click. Go there now.

Update posted December 1 Atom Watch has an interesting story showing that UK wind is not cost effective, not ecologically effective and may be a giant waste of money – along with the environmental sacrifices of industrial intrusion into open land, strobe effects on local residents, and the distinct possibility of turbine damage causing a certain level of hazard.