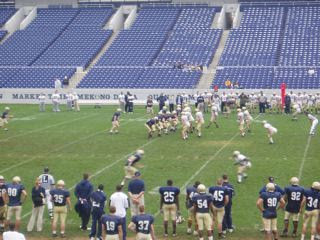 One of the debate challenges that pro-nuclear advocates face is that the forces opposed to using nuclear energy have some glib spokesmen who have been able to insert so much chaff into the argument that casual observers get completely befuddled. One of the more difficult rhetorical tools to overcome is the idea that nuclear power is expensive power, especially when compared to seemingly easy choices like conservation or efficiency.

I have been struggling for quite some time to figure out how to explain that relative cost assertions without context are useless for rational decision making. When I start trying to share that idea in discussions with most people, eyes roll up or glaze over. Perhaps this attempt will be different, perhaps not, but I need to keep trying.

First of all, every one of you intuitively knows that the word “expensive” is meaningless without measures of quality or quantity. If a child or someone just learning English asked you, “is hamburger expensive”, the only logical response you could offer would be “it depends”.

Is the person asking thinking about a half pound of fatty, left over meat scraps that have been ground up together so they can be sold to a cash strapped customer who is going to use something called “helper” to produce a filling, but not terribly nutritious or tasty meal? Is the questioner thinking about a dollar meal special that can be grabbed quickly during a a long trip to silence a rumbling stomach? How about a well presented and garnished patty of high quality sirloin that can be safely ordered “rare” and eaten with pride during a lunch gathering of well healed colleagues? Is the person trying to purchase just enough for a single meal, or enough to feed a crowd of hungry sailors upon their entry into port after a long period at sea?

Even after you know the context for the question in terms of exactly what the person means by “hamburger” there are still more questions that arise before you can answer the “simple” question of whether or not it is “expensive”. Are you at concession stand at the local NFL stadium with your son after standing in a long line for a small soda because he told you he was thirsty? Do you have a five dollar bill in your pocket that has to also pay for bus fare home after the special day that had already cost you the better part of two days worth of clipping other people’s hedges? Conversely, are you at a local pub trying to show a client a bit about American culture on the day when you know they are running a special deal of half priced burgers and you were already prepared to purchase anything on the menu with plenty left for drinks and desert?

In a face-to-face conversation, nearly all of the answers to those kinds of frustrating or sensitive questions can be derived by contextual clues or previous knowledge; we do not have to go to the trouble of asking them. However, when discussing the question “is nuclear power expensive” in wide ranging interaction in print or debate, it can be necessary to slow the conversation to a crawl while gathering more information. The obstacle a pro-nuclear debater faces is that the opposition has a ready answer – “yes”, usually with some scary but useless adjectives like “hugely”, “enormously” or “very”.

Since I have plenty of time and space in this particular slice of the conversation – after all, this is my blog and there is no limit to the size of the post and no one who will moderate my comment or put my email and web address through a blocking filter (remind me to explain that allusion later) – I will try to explain that even when the person asking has explained that they want to compare kilowatt-hour to kilowatt-hour, you are still only part way to defining the problem.

It may seem like you are mostly there, after all, you are now talking about a unit that you know is so well defined that you can use it to set an equation. That is surely better than some kind of fuzzy descriptive word like “hamburger”. Right?

Actually, it is a bit more complicated than that, especially since a kilowatt-hour is a composite unit that is trying to quantify several components at the same time. Since most people cannot visualize a “watt”, much less a “kilowatt”, I will try to explain using something that average people know a little better – let’s talk for a moment about “seats”.

In order to normalize your concept of “seat” imagine a place that you frequent that has a large, but fixed number of identical “seats”. If you are sports fan, think about the thousands of mass produced seats that fill a college football stadium (before the era of multiple sections with different sized seats, by the way) or if you are a frequent traveler think about the hundreds of identical seat on a Southwest Airlines 727. Now add “hour” to the visual that you have so we can talk about whether or not “seat-hours” are expensive.

In this discussion, get rid of the concept of gates, doors and security guards that might prevent people from occupying seats 8766 hours (don’t forget about leap years) per year. Also add the fact that our “seats” can be split into infinitely small units, but there are only so many total seats in the stadium or on the plane. (If you have the time and want to complicate things a bit, you can talk about the concept of standing room only or temporary bleachers, but this post is already starting to fill something that is more limited than the space available and that is both your time and my time.)

With this set-up we might be able to help people understand that determining the relative merits of various sources of seat-hours is a slightly more complicated proposition than initially thought and it is worth taking some time to ask questions before setting up a business that sells seat-hours or before making any long term commitments to purchase a lot of seat-hours for future use. 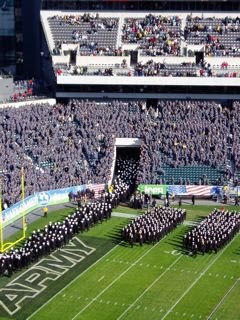 For example, does your voucher for 5 seat hours have a time, date and duration on it that happens to match the exact time, date and duration of the Army-Navy Game that only comes to your town about once every 8 years? Conversely, is your voucher for exactly the same seat but only good for March 30 between the hours of 11:00 am to 4:00 pm? Is your voucher valid for a whole seat near the midsection of the field that is both close to a large restroom and a friendly concession stand or is it a voucher that is good for ten separate slices of of half seats in the same stadium during the same hours with the slices randomly dispersed throughout the nosebleed section at the top rim of the stadium? 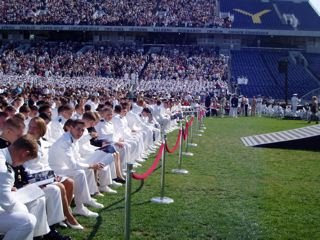 Can your voucher for 5 sea
t-hours be used to fill two seats in a prime location for a 2.5 hour block that happens to match when your only child is walking across the stage for her college graduation?

What if you want to treat your whole family? Are you in a position to be able to choose any twenty seats in the stadium for five hours at the same seat-hour cost as someone whose seats are those random slices distributed around the stadium or someone whose seat hours have to be interruptible so they can be asked to leave at any time to find a new empty seat somewhere else?

Travelers can play the same kind of games. Are the seat-hours that you have purchased good for any particular duration that you desire? Do they actually coincide with a time and duration that matches up with a scheduled flight with enough padding to make sure that delays will not cause them to expire half way to your destination? Can you pick the time so that the plane is actually going exactly where you want to go? Do you have a choice of window or aisle or are you the lucky person between two ex-NFL linemen? Are your seat-hours only valid for random 15 minute intervals or for hours when the plane is being serviced?

When you start paying careful attention to the discussion, you will realize that there are some smooth talking kilowatt-hour salesmen who blithely compare various kinds of kilowatt-hours that have just as much variation in value as those mythical seat-hours discussed above. Deciding whether or not they are expensive, affordable, or worthless takes a more complicated and nuanced discussion that just might cause you to bore your audience to tears. If you are in business, however, or if you are a big purchaser of kilowatt-hours, you put your financial and physical well being at risk if you do not take the time to ask the hard questions and have a firm grip on the credibility of the responses.

If you are in a government decision making role and choosing among various kilowatt-hour packages being offered by a variety of vendors with different technologies and you do not understand the above discussion of value, please do us all a favor and quit NOW!